Forgot to pull cap from launch rod before flight. Flew straight, seemed to turn level to ground at apogee, I could see a yellow tinge to the tracking smoke. Parachute ejected but never inflated. Rocket fell free from apogee. Rocketometer

was still running after flight. Engine hook unzipped about 1/8 inch to the aft, probably due to ejection. One fin has a cracked glue joint. Minor ding to rocket nose cone due to striking launch rod cap. Rocket could probably be repaired, but not reflown in its current condition.

No video of the flight was captured. I had the camera, forgot to press record.

Rocketometer has one file as expected, RKTO0500.SDS 35,369,984 bytes. Indicates that Rocketometer was running through whole flight.

Switch and card not glued into place. Reset solder bridge in place. Rocketometer ran through flight anyway, indicating that nothing was jarred loose.

Rocketometer on internal power ~11:50am 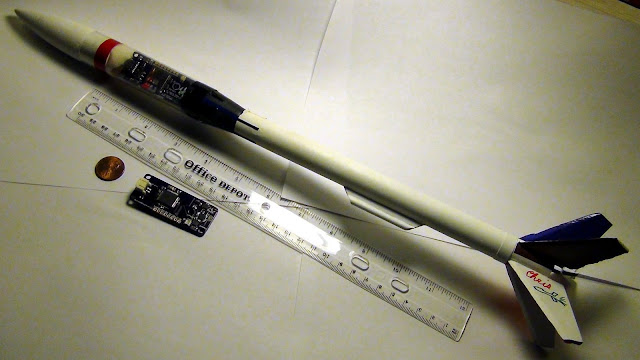 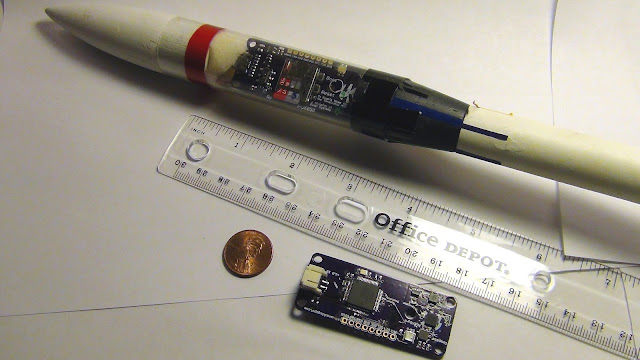