A personal project to overhaul my home lab setup, and install new benches

For the start, I had to clear out all the old. I pulled a bunch of boxes from storage, and started taking everything off my old work table, under it, and around it, emptying that half of the room. The other half has parts and equipment storage, which I'm leaving as is for the moment. It'll need cleanup as well, but one part at a time made sense.

The old work table, after cleaning it all up, and vacuuming varios wire scraps, lost screws, etc out of the carpet from years of use: 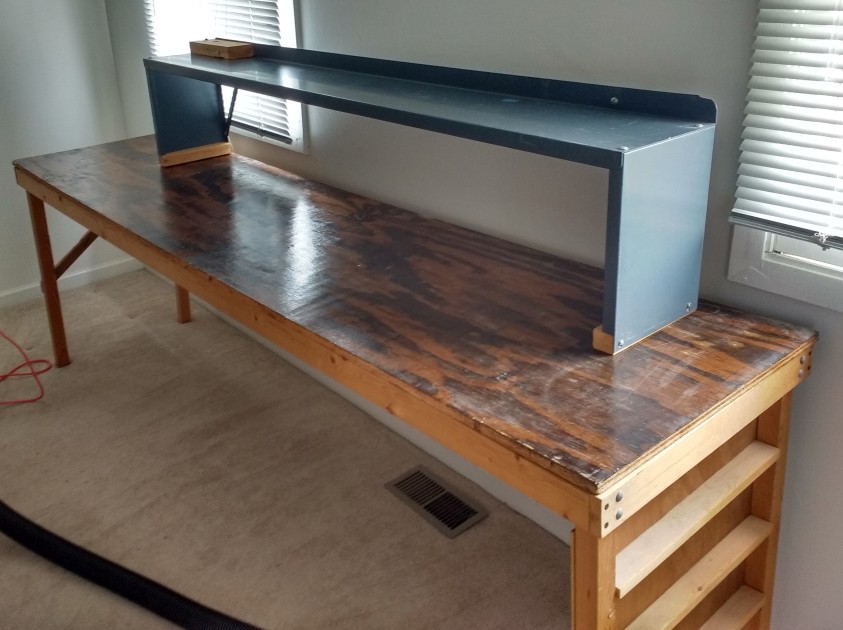 The old table was not big enough, was not ESD safe, and was no where near strong enough. I had to limit what I could put on it to keep it from sagging. Even still, after years of use, the center had sagged about an inch lower than the ends. This was also poor construction and while it wasn't going to fall over, it was wobbly. I made this bench when I was a child, as half of a train table. Given it's original lightweight purpose, and how young I was when I built it, it's understandable that it was so poorly constructed. The metal top shelf was something I scavenged afterwards, which was helpful, but nowhere near enough.

The work benches I was going to install I had purchased as surplus 3 years prior, but they had been sitting in storage, waiting for me to have enough time to embark on this project. They were a fantastic deal as I paid $50 for each, and they were only a handful of years old at the time. I couldn't find the brand of them, so I'm not sure their cost new, but I expect it was substantial. 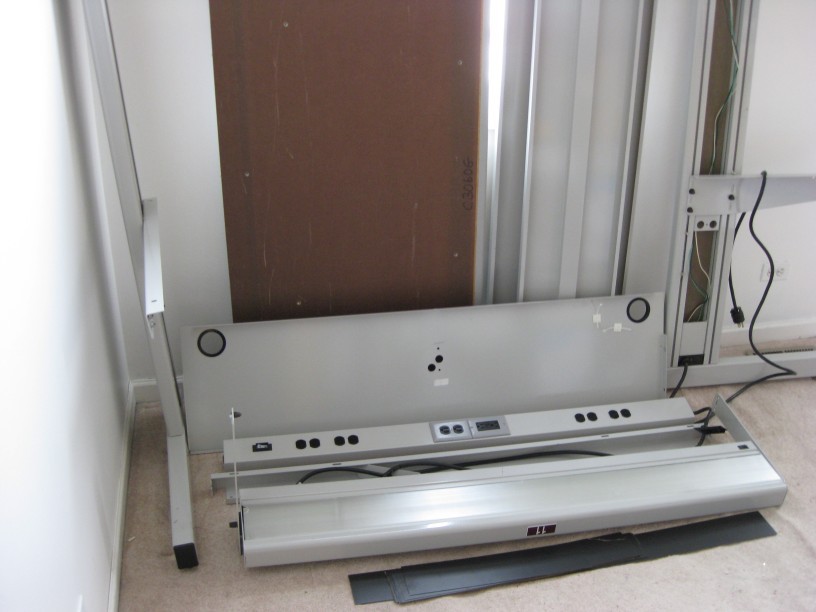 This is a very heavy weight bench, weighing probably over 300 pounds assembled. It is all steel, plus the table top. All of the metal work is 12 to 8 gauge steel, plus the uprights which are steel extrusions. The above picture shows the uprights at left and right. Top center is the table top(bottom side) and two of the shelves next to it. Below this is a back panel for rigidity, followed by the power strips(this picture after modifications), another support brace, the overhead lamp, and the laminate cover pieces. Every one of these pieces is surprisingly heavy.