Playing with ESP8266 to try and detect cigarette smoke

A lot has happened since my last update. I have quickly progressed past the Arduino hardware and decided to consolidate things into the ESP8266 platform. I moved to a sparkfun ESP8266 thing since it was easy to get up and running and it could do what my setup did before with less hardware. Obviously wifi is a bit different than bluetooth but much more flexible. Ideally my intent was to have a single unit running off battery power polling the air quality sensor for a threshold of VOCs, then hop onto my wifi and send me an email that would generate a text notification (there are a couple of services that do this, my phone carrier Verizon makes this easy).

For the added challenge I decided to do this all natively on the ESP8266. This was fun for a few days but after fighting with tool chains, IDEs, the ESP SDK projects and all sorts of other insanity I finally caved in and just used the Arduino libraries to do what I wanted. I do have basic SDK based programs working on the ESP8266 but using Arduino is just so much quicker. Pretty much everything I would want to implement has already been done in the Arduino core for the ESP8266, its very impressive and so far very reliable.

The current status of the project is that I'm trying to decide on the final hardware and install it in a project case to put into beta testing. Unfortunately it draws A LOT of current right now, 100mA when its going full speed. With my 2500 mAh battery this gives me just ~25 hours of life which isnt good enough. For now I will turn it off at night but now I am investigating deep sleep modes on the ESP8266 chip as well as MOSFET to turn off the air quality sensor when I do not need it (it draws about 20mA continuously). Already this has been interesting to learn about batteries and power consumption so hopefully I can get more life out of this battery without compromising product quality 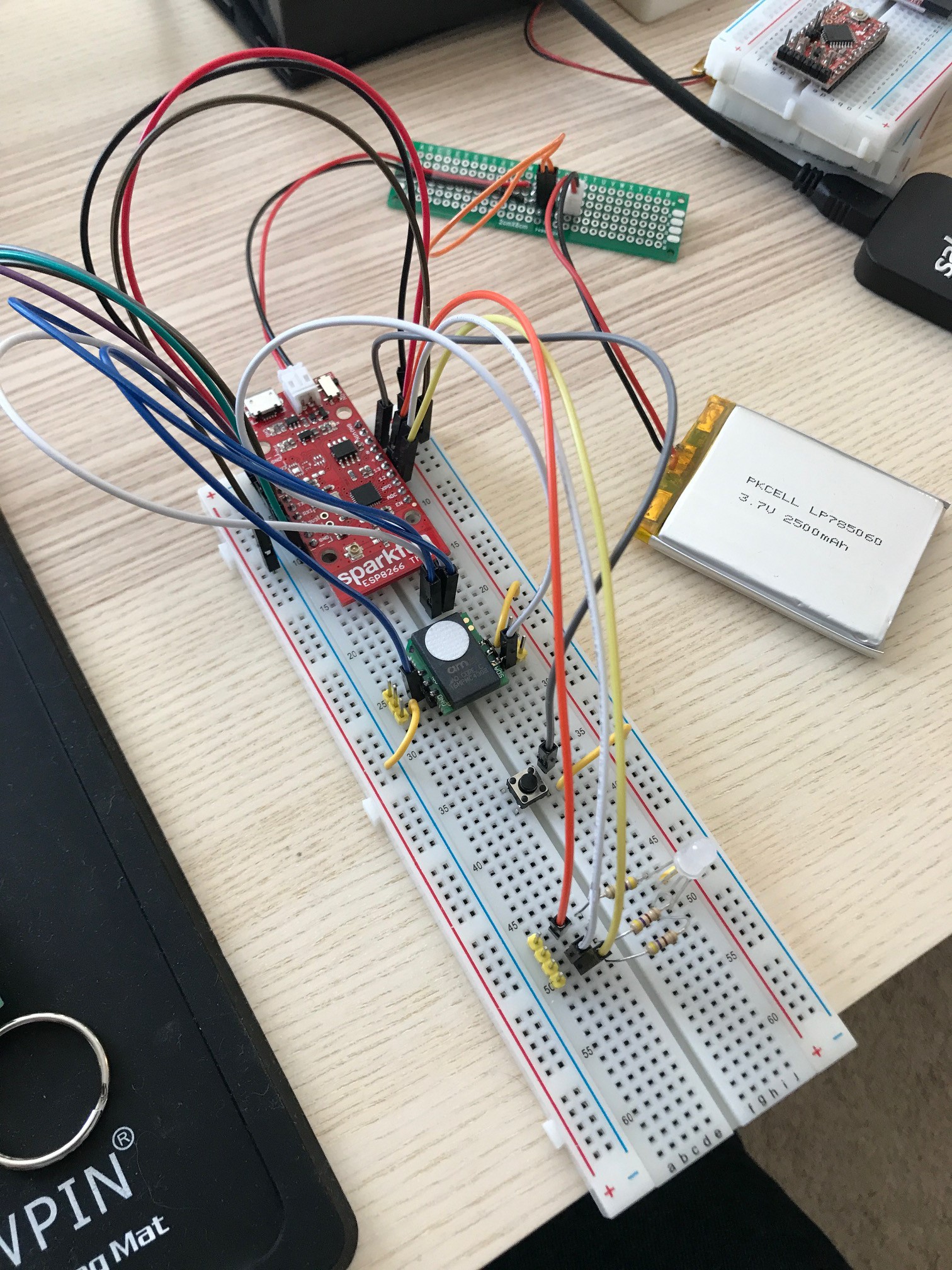