A project log for The 200W+ AA Battery Electric Bicycle

A 200W+ electric bicycle powered by a bank of regulated super capacitors that are charged by 10 AA batteries.

Simply not enough energy in the super capacitors. Although it seems like there would be enough for at least a few decent stop starts, the internal boost converters and the poor efficiency of the DC motor and mechanical drive train on the bicycle just sap too much of the energy away from useful work. Effectively, I seem to get one complete start up to full speed and then that's it - It takes another 15 minutes to get one more.

Mechanical alignment of the motor and chain. If it decides to slip off one more time I'm going to hammer it into a tightly packed cube - It's driving me crazy and I'll have no more of it.

Eventually, I did find an extremely effective role for the super capacitor bank which was totally unexpected. This new role is a 3D printer backup power supply for electrical grid blackouts lasting less than 20 seconds. My 3D printer requires around 100 watts when using the heated bed, which suits the super capacitors' energy capacities nicely. 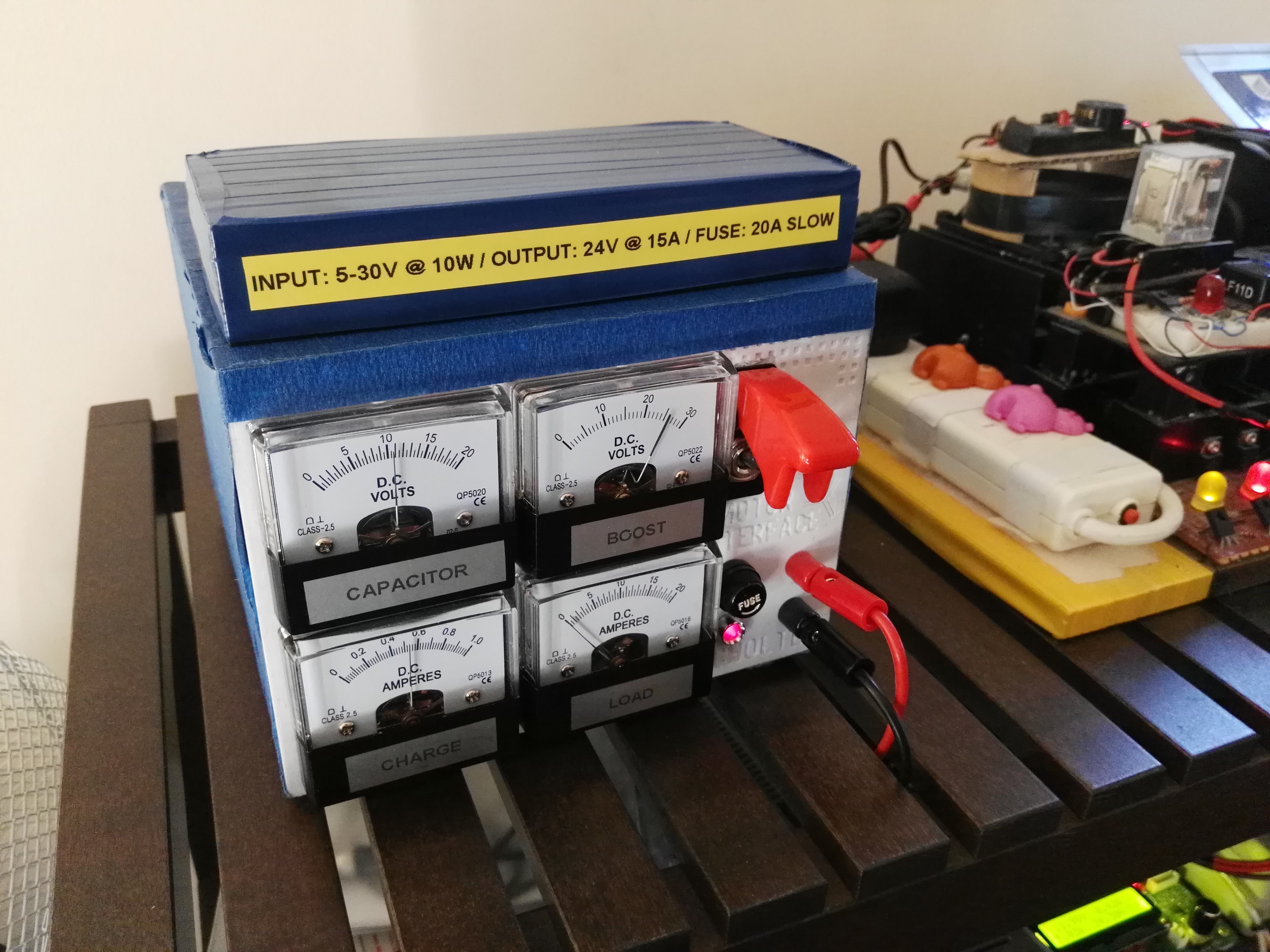 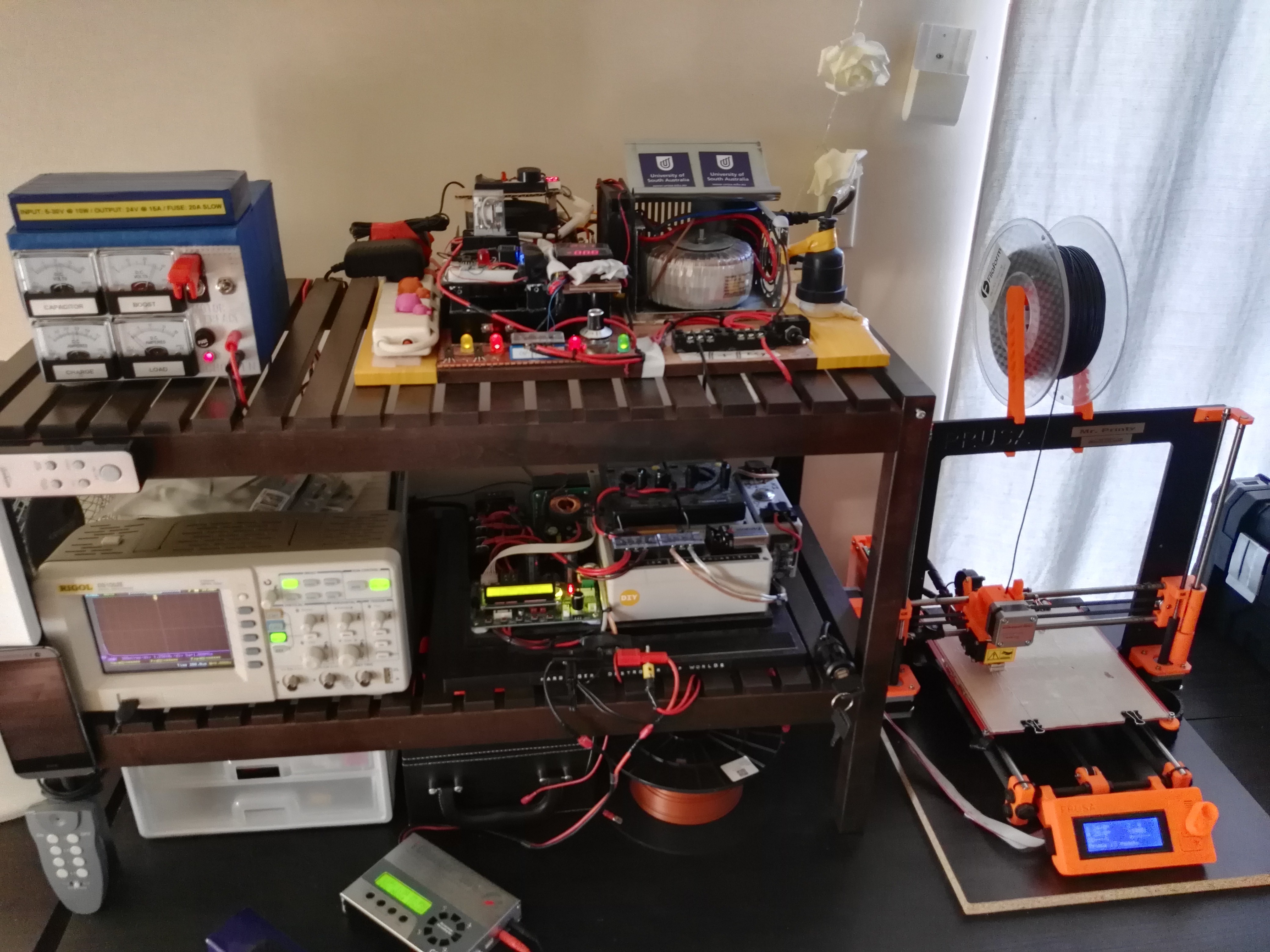 Super caps and another power supply connect in parallel (diodes) to a DC/DC converter that power the 3D printer.

I'll never be touching another project with such a large mechanical component again.

Change of Bicycle and Completion of the Hardware