This project was started as a way to display and save information from my 2008 Honda Civic's OBD2 port.

Ever since my days as an engineering intern - where a co-worker spoke about wanting to build his own obd2 reader... I've wanted to build one myself. That was in 2009, now 5 years later I am finally doing it.
Goals: Query, store, display, modify information from the OBD2 port.

Brain: LPC11C14 Cortex M3 microcontroller. Programmed with the LPCXpresso IDE and the LPC-Link half of an LPCXpresso LPC1343 Rev A board.
Storage: A micro SD card connected via the SPI port of the LPC11C14.
Display: A standard 16 pin LCD OR one of the Chip-On-Glass ones I had lying around
User interface: 3 momentary pushbuttons
Vehicle interface: OBD2 port to RJ11 jack, the port is known as a DLC (Data Link Connector) on my Honda Civic.
Power: +12V unswitched via the OBD2 port, linear regulation to +5V and then +3.3V. an 0603 300mA fuse is used for protection.
Other: There is an analog temperature sensor on board, as well as a bunch of broken out pins to 0.1inch headers helpful for debugging.

Brain: I needed something capable but not overkill, and I needed to be able to hand solder it. I had an old LPC1343 LPCXpresso board from a school project - so I thought to check on the LPC line of microcontrollers. Sure enough they have several with CAN bus options! The LPC11C14 is simple and has CAN circuitry built-in. 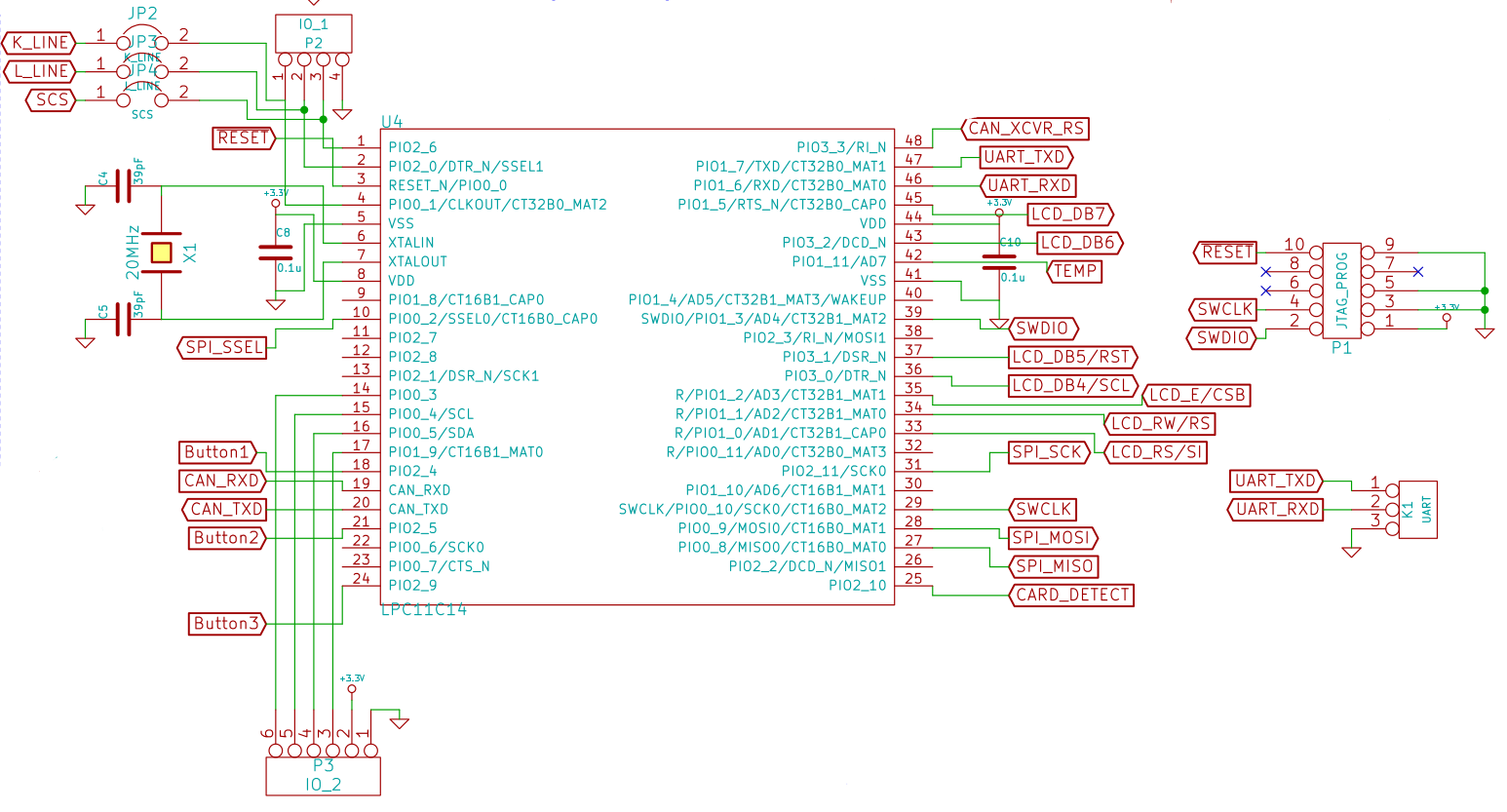 Here we can see the connections that the LPC11C14 has, including the programming/debugging header that attaches to the LPC-Link board. I broke out the UART pins because you never know if you'll need them.
Read more »

Resto-modding an old 20" iMac G5 iSight so the LCD can work as an external HDMI monitor for a laptop.
Project Owner Contributor

Hacking a iMac G5 into an HDMI monitor

Way too much stuff to light my garage MY way.
Project Owner Contributor