A project log for Star Wars: BT-1 the Blastomech

BT-1 was introduced in the Star Wars Darth Vader comic books as a twisted mirror version of R2-D2. BT-1 is the first and only Blastomech.

I've finally started on the electronics for BeeTee. Various types of logic displays are available on Astromech and they are all worth the money. However, I really wanted to attempt to build my own. I started with a 3d printed base and frame. Then I added 2mm fiber optic cable and a couple of 7x Neopixel disks and Arduino Nano. The original R2D2's logic displays were a color wheel spun by Kenny Baker while he was inside R2. The light went into strands of fiber optic cable. I am trying to mimic this effect.

The strands are cut to length depending on their logic board's location. Then the end is stripped to fit into the printed base. They vary in strip depth to give a 3d effect when lit up.

The KCup is just a prototype light funnel. It works so I can use it to make the final version. 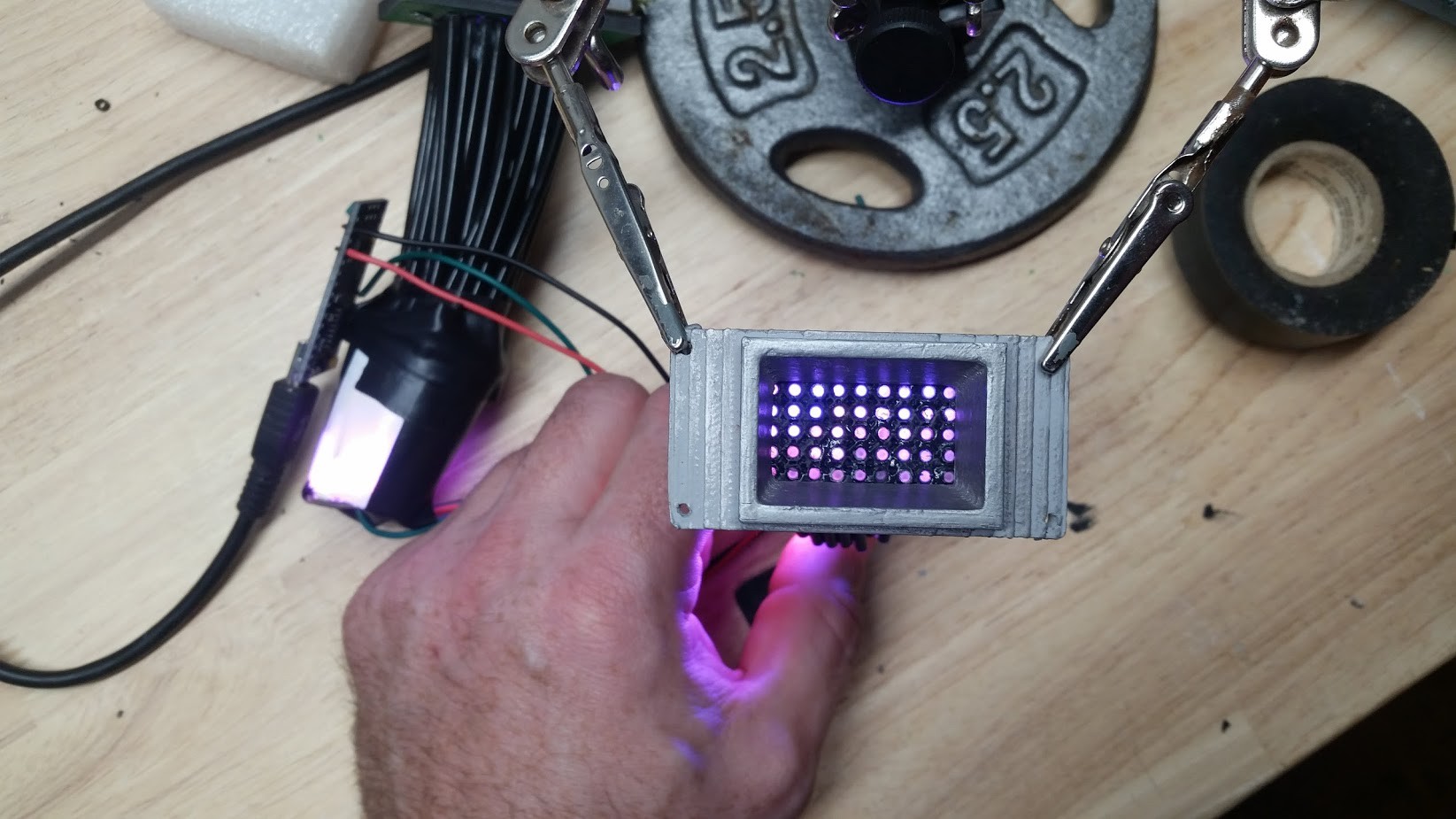 R2-D2 has blue and white logics. For BT-1 I went with purple and orange. I thought about red and purple but I didn't want to take away from the affect that giant red eye was going to have on people.

Speaking of that red eye, my next project was to take that bulky Halloween light and turn it into something more manageable. I also wanted to power it from BeeTee's power source and not the AA batteries.

Before I cut it up I wanted to make sure I didn't break anything by taking it apart.

A rotary tool made quick work of the plastic. I kept one of the octagons as a place to glue down the electronics. Yes, that is a toilet flange. It was unused. It was in my parts bin from a few years ago when I used it for a base for a Mr Fusion on my DeLorean in a Christmas parade. Also, yes. That is a coffee can lid. I make things out of garbage.