What this badge commenced as!

Buttons, OLED display, and, of course, blinkin’ lights! Space Invader on the outside, but on the inside? Get one and find out!

A few months ago, Mini and his partner Charles started a Google Drawing and that's where it began.

Mini Wanted to create a Badge for the upcoming 25th Anniversary for DEFCON. Many People create custom badges to hand out and sell to attendees at the conference.

Mini started his journey when he meet a fellow Hacker and Badge maker named True, True was an interesting character when I met him, Meant in a good way. He Was a brilliant badge creator for the WhiskeyHackers and also created the name. He always pushed people when it came to making and learning. Thats what I respected most about him, One day I came accross his DEFCON 24 Badges creations and asked about it and lead me to the Pirates IRC. Thats also where I met ANDnXOR who will come up later. Thats where it all started and where I am today. I started a google doc and an idea. Without ANDnXOR and True this badge would not have been done so I must thank them for that!

After I started planning my idea I meet Charles, (@TweetTheHat). Charles was the Co-Found of Mr. BlinkyBling, Which was a company that makes interactive LED blinky wearables for your event or personal desire. Charles and I talked and we started what has become of the badge today, A Space Invader badge. We then went into the doc and I created a Google Drawing of what I wanted the badge to look like. A few weeks later I released it. Now with the feedback we knew we were creating something people would like! 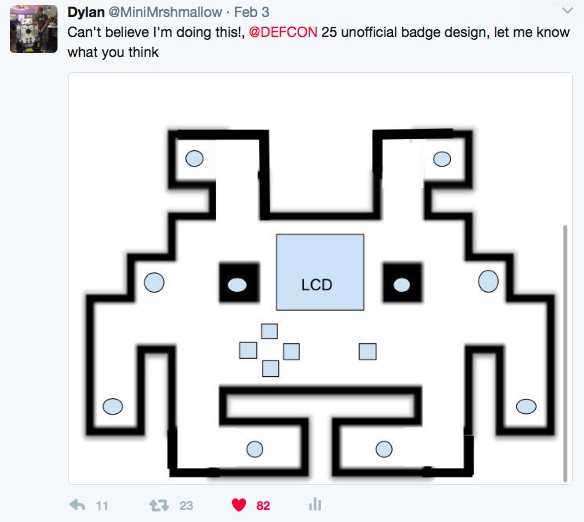 We just had a badge though that has a shape, but no purpose. That was the thing what did I want this badge to do? What didnt I want to do that could lead to TV's being shut off a through-out the confrence. (TV-B gone Idea if you could not tell) So Charles [The New PCB design] and Mini [Badge Coder] had an idea for what they wanted and then this was born... 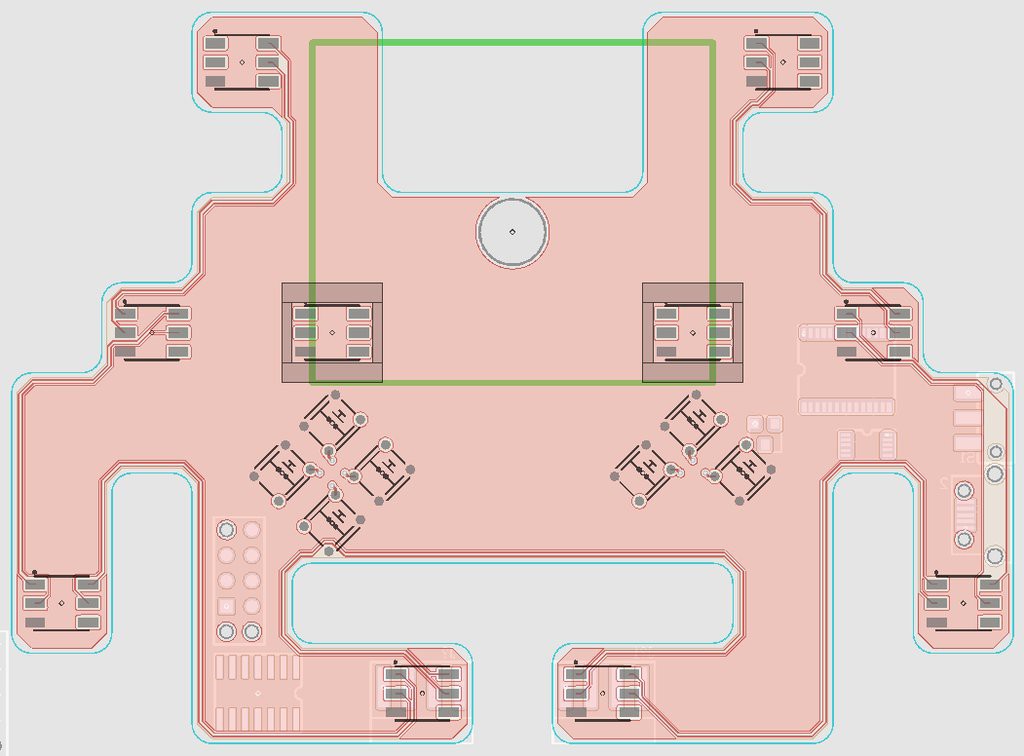 It was not much but it was something. We also created a Public google drawing (Google Applications were our friend's) and got tips from hackers and badges makers about what was good/bad about the badge and what could be fixed, After that was considered on what we do and dont do the next render happened, Again it wasnt much but we were just starting. 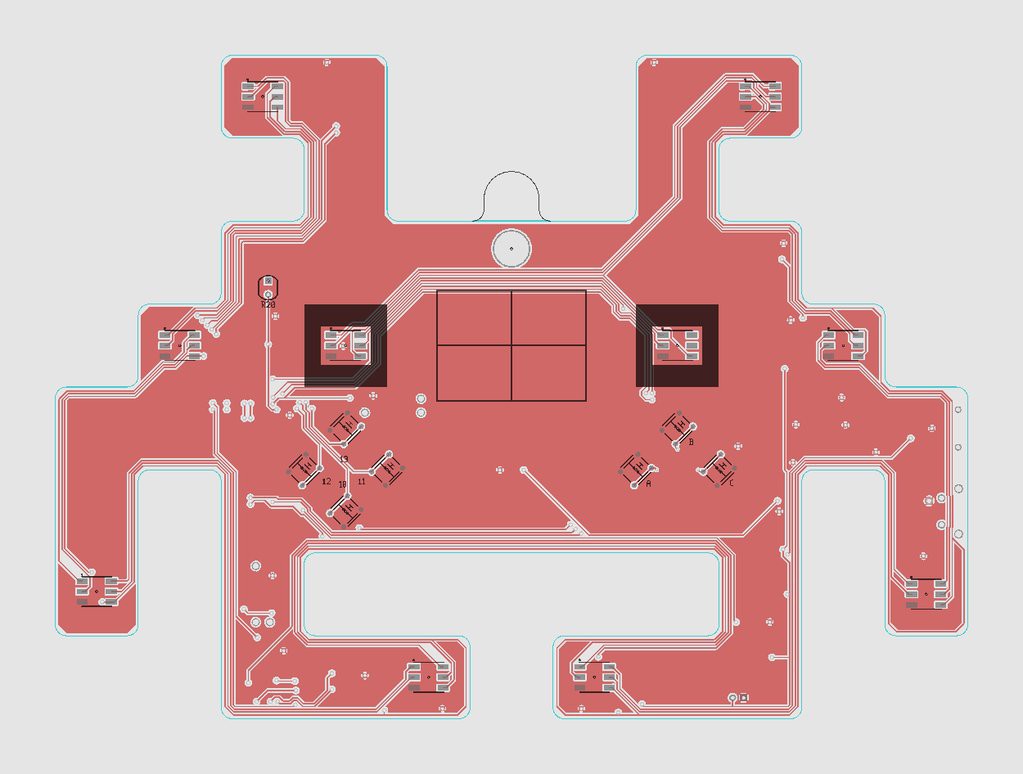 We were gradually getting closer but we had time. We both had jobs, I know a 14 year old with a job? Crazy. But school also didn't help me. I did not let that hold me back. Many people heard about that badge and thought I was crazy for being 14, creating a badge, and doing all that for my first defcon. I thought about that an they were right! So now that we were moving I had to change things frequently because it would either be a bad idea or it would not turn out well for the badge holders (Nokia Screen) that is for another story though after the confrence. So Cyphercon was approaching fast and we had to hurry and get something going! We had not tested it and had to cross our fingers.... We let the magic smoke fly away in the Marriot Lobbys coffee table just before the confrence. We were not going to let friends and fellow hackers leave empty handed so we gave a few people prototype boards and needed to figure out what went wrong. That was the next puzzle that still needs to be solved. 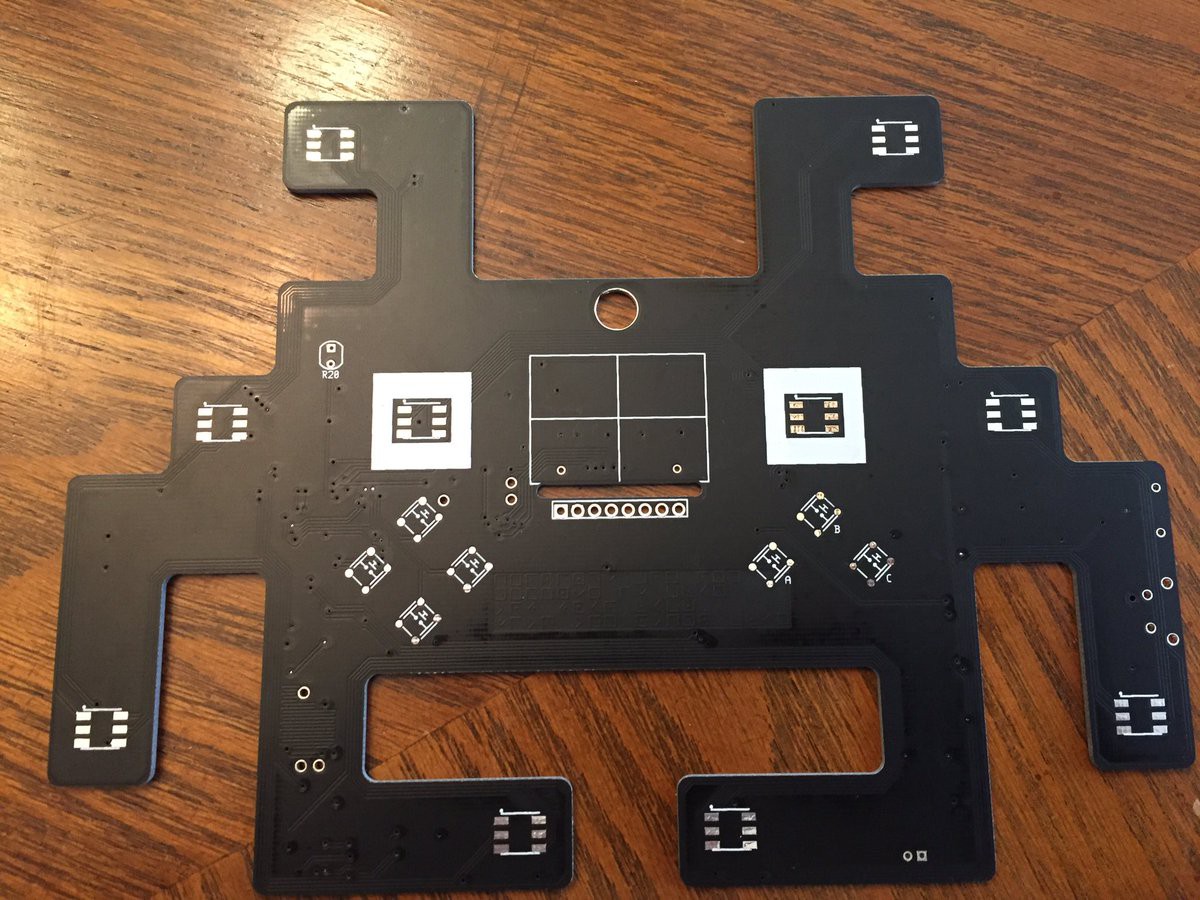 Now we are set out to Kickstarter 100 of these this next coming month and get 100 sold, More will be made but you always want a guaranteed chance of getting one when it comes to a Blinky Confrence badge!

I hope you enjoy what is to come in the next 4 months and stick around to get a badge!