This project documents the first prototype (around 2015) of digital avionics for my microlight. Due to inflexible design, scope creep and program memory limitations, it was scrapped in favor for the ModAir project 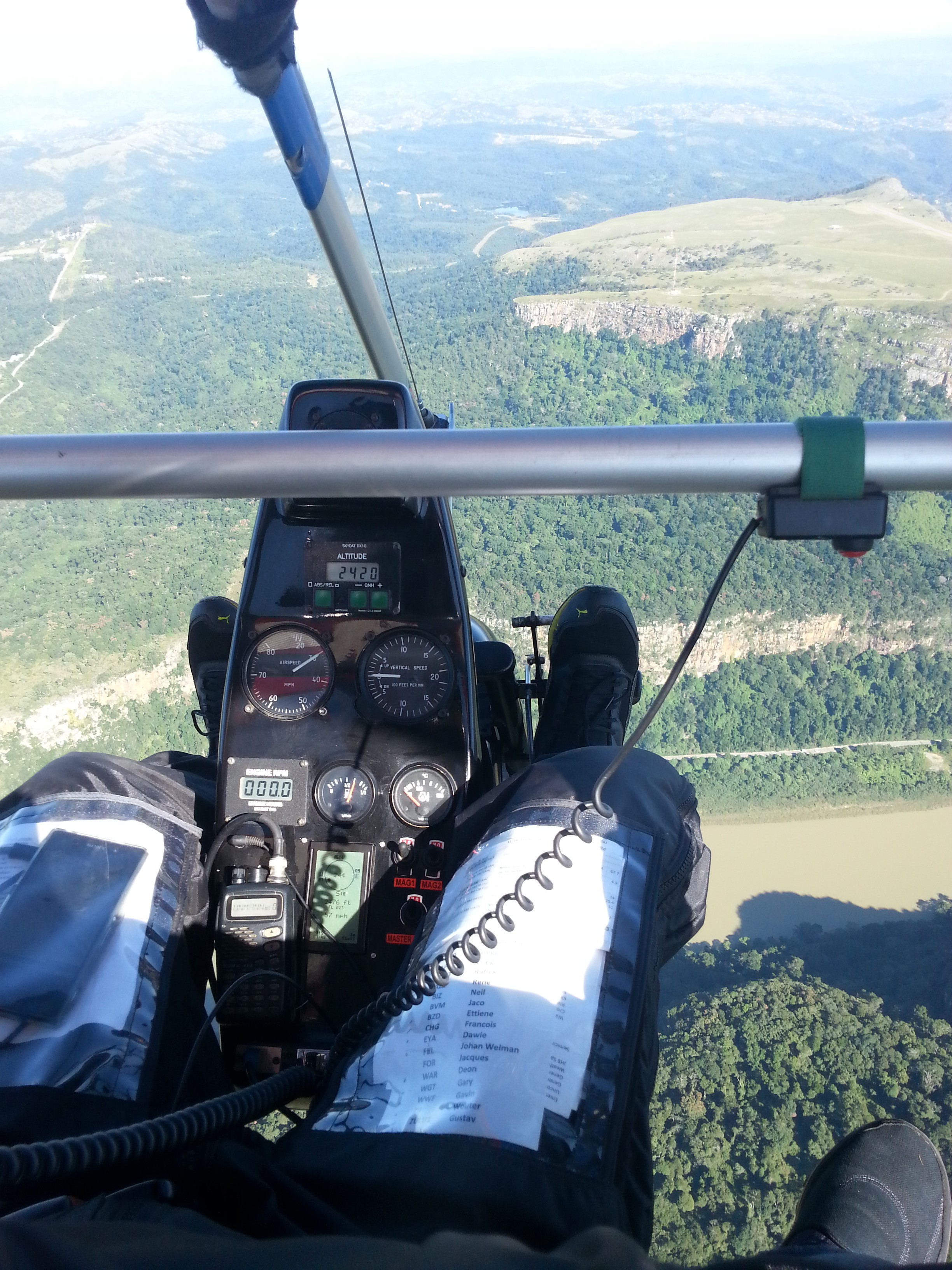 The schematic consists of a PIC microchip, GPS module, some MEMS sensors and a Rotary Encoder: 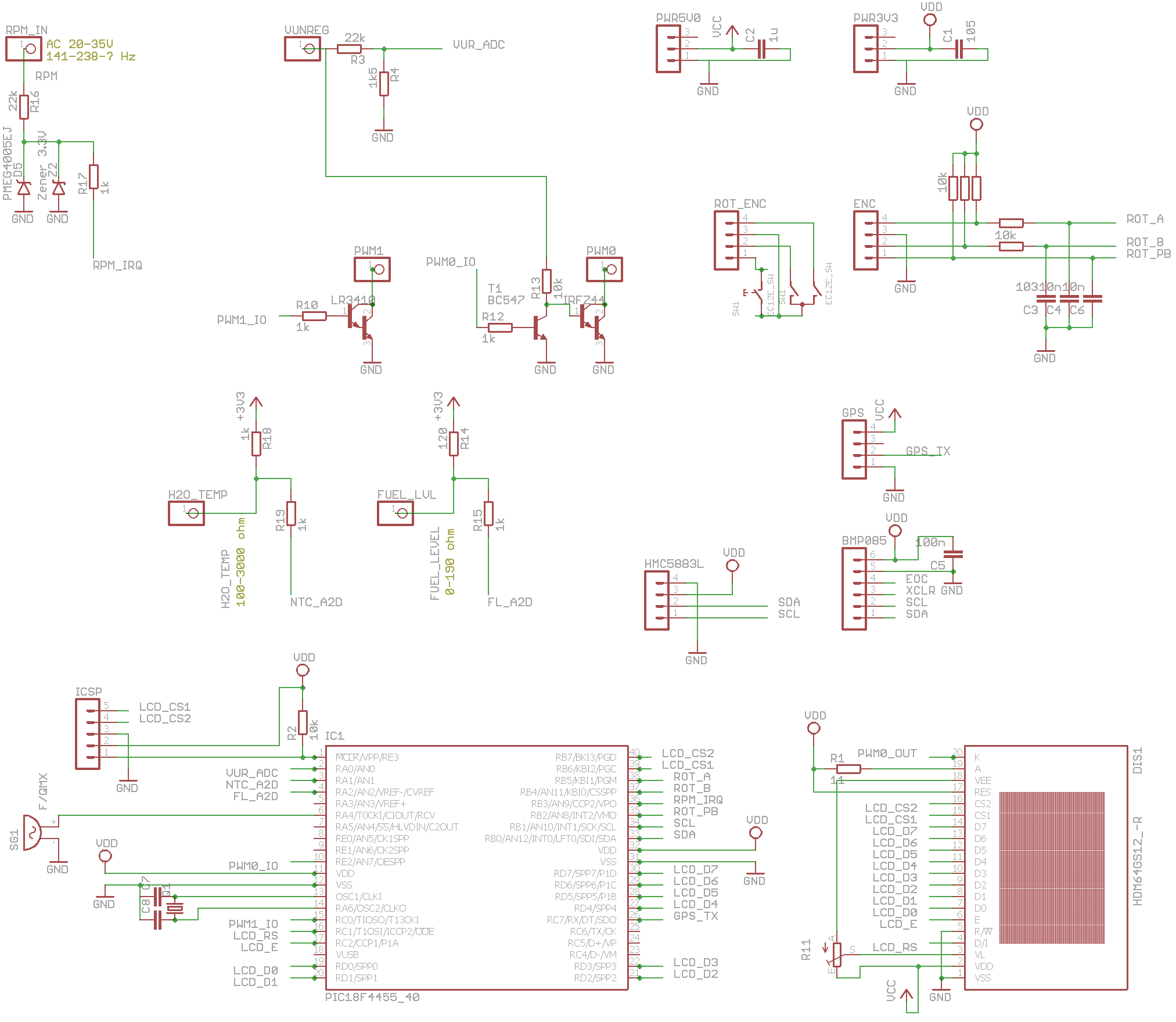 I used a NT-G128641A Graphic LCD module (KS0108 controllers). Transflective STN-type graphic or character LCD modules are the most easily readable in an open cockpit. Color TFT Screens are almost impossible to read with the glare, and require sun-shielding.

GPS is a Ublox NEO-6M module, programmed (via USB serial cable and their software tool) to output binary POSECEF, POSLLH, STATUS, TIMEUTC, and VELNED packets at a rate of 10 Hz.

The PWM outputs were used for the headlight, and for heat-vest temperature control. The Rotary Encoder user interface worked very well, even in winter with thick gloves. Using the touchscreen on a phone or tablet is almost impossible while flying.

This first prototype was hacked together on veroboard with parts I had lying around. With all the menus and functionality, the 24 KB program memory on the PIC18F4455 was quickly running out.

Many sections in the firmware have been commented out to save program memory. Besides the program memory limitations, this design lacks in modularity. I needed to remove the electronics from the aircraft at the airfield, and take them home every time I wanted to add functionality (which happened a lot...).