I believe I found my program counter chip. It's the Texas Inst. SN54AS867 - 8-bit loadable counter. Has a carry-out so I can chain two of them together. And it has a reset so I can bring it back to a known address easily. I'll have to decide how to do my startup though. I may want to execute instructions out of a ROM for a bootloader, and I'd have to have that at my reset vector. The Apple 2 had a ROM with a bootloader, but also a bunch of handy routines to help out programmers. Not as big of a deal now that memory isn't as much of a limitation, but something to consider. Perhaps if I get it up and running and find myself using the same routines over and over, maybe I could put them in there.

I've been working on some simple datapath block diagrams: 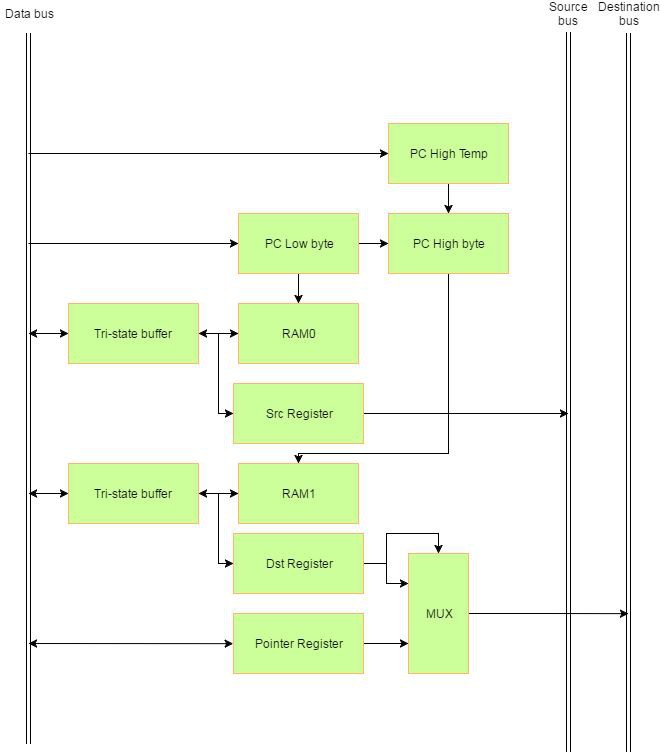 Of course, it still needs work on the data bus ram interface. At least two more registers to hold the data addresses. But it's a good start. Here's the ALU interface: 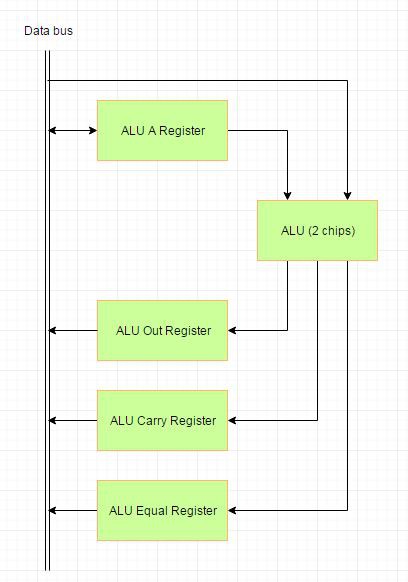 None of the decoding/control logic is there, but I can add that later.