A project log for Eagle parts, by family, using python

The goal of the project is to make a lot of similar components as quickly as possible using python. the first step was to understand how to do a single component using only the command bar.

I'll write this log in the order I discovered commands, not the final order they are used.

And now i can place a pa-wait what is that DOT at the end?? well the documentation tells me that is a mouse click. that isn't very useful for scripting. however, that dot can also be replaced with "(xCoord yCoord)".

The last step in the footprint was to add a quick silkscreen for the plastic part of the header. 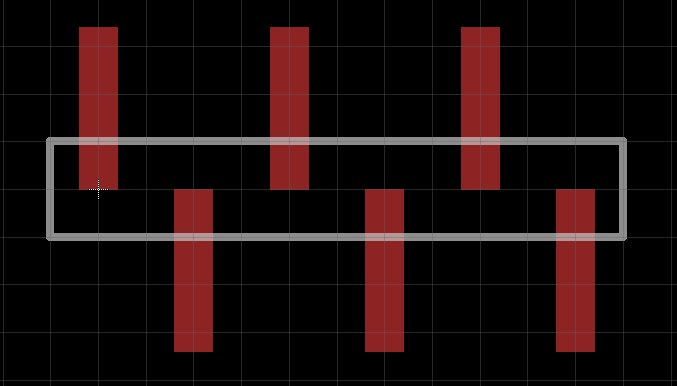