Projects using the Core, Electron or Photon by Particle, an Internet of Things platform! Visit Particle at particle.io

This a homemade LED Grow light and a homemade hydroponic system that I plan to build and connect to the Internet via a spark core. I think this project is going to come in three major parts. Part 1 will be the building of the Led Light and the control system. Part 2 will be building the Hydroponic system. And Part 3 will be growing plants and eating them!

The control system of this project is driven by a Spark Core(web/cloud connected Micro controller).  It will have four major components, a homemade LED grow light, a internet connected micro controller, web app/software and of course some tasty plants. 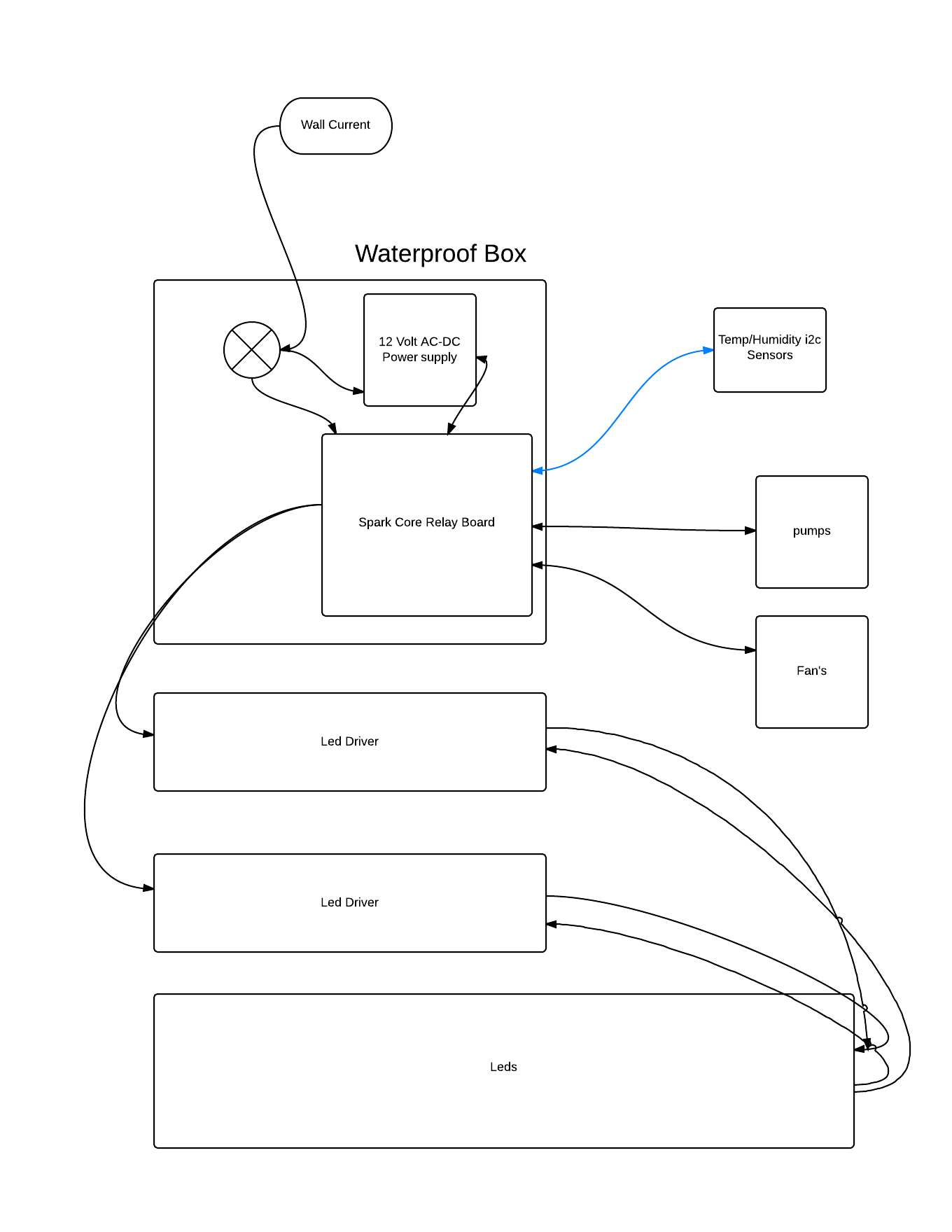 Super cool project! I am working on a Particle powered outlet controller, and one of my applications I thought would be cool is for growing.