Control waterpump with ESP8266 with some extra safety checks.

Well it has been few years, but guess what, the system has been running again after pause of few years (because of fresh family member and moving to larger apartment - life).

I have pushed some github updates, most importantly fixing some thingspeak and email send issues after compiling with updated toolchain (the certificates on ssl-connections caused certain issues).

I also improved error handling; now we reboot after error and delay and reboot also if wifi-is lost for too long. It has been running with some errors for full summer, but no single manual reboot was required. The errors have been "water level not up after pump time", and when i last checked there was pretty much algae on the sensor. Maybe part of issue. Anyway, its recovering.

The system has been also modified for full vertical installation (thanks to bigger balcony). The issue become installing the pipes together. I made 6 versions with 3d-printer - but none of them were durable enough (seems like pressure + 30C == pla not holding up). And water leaks were too often. Now its with metal tightener + pla structure + food plastic for water insulation. Seems to work but the PLA still changes shape. 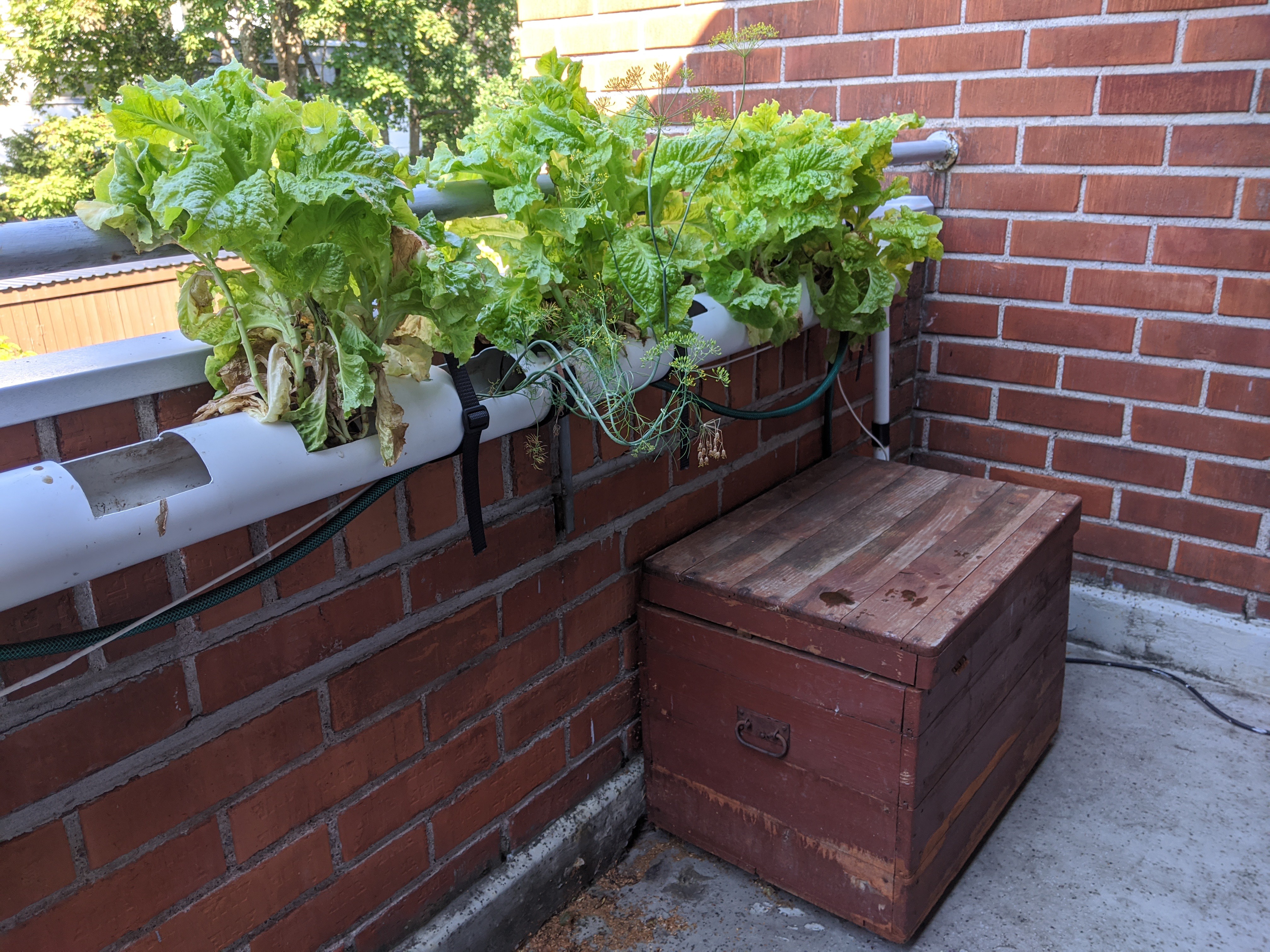 The grow season has been going nicely, some issues to think over for next season: