After almost complete assembly of first board, it became apparent, that it is not working correctly -- mainly because of mismatch of gates, I presume. 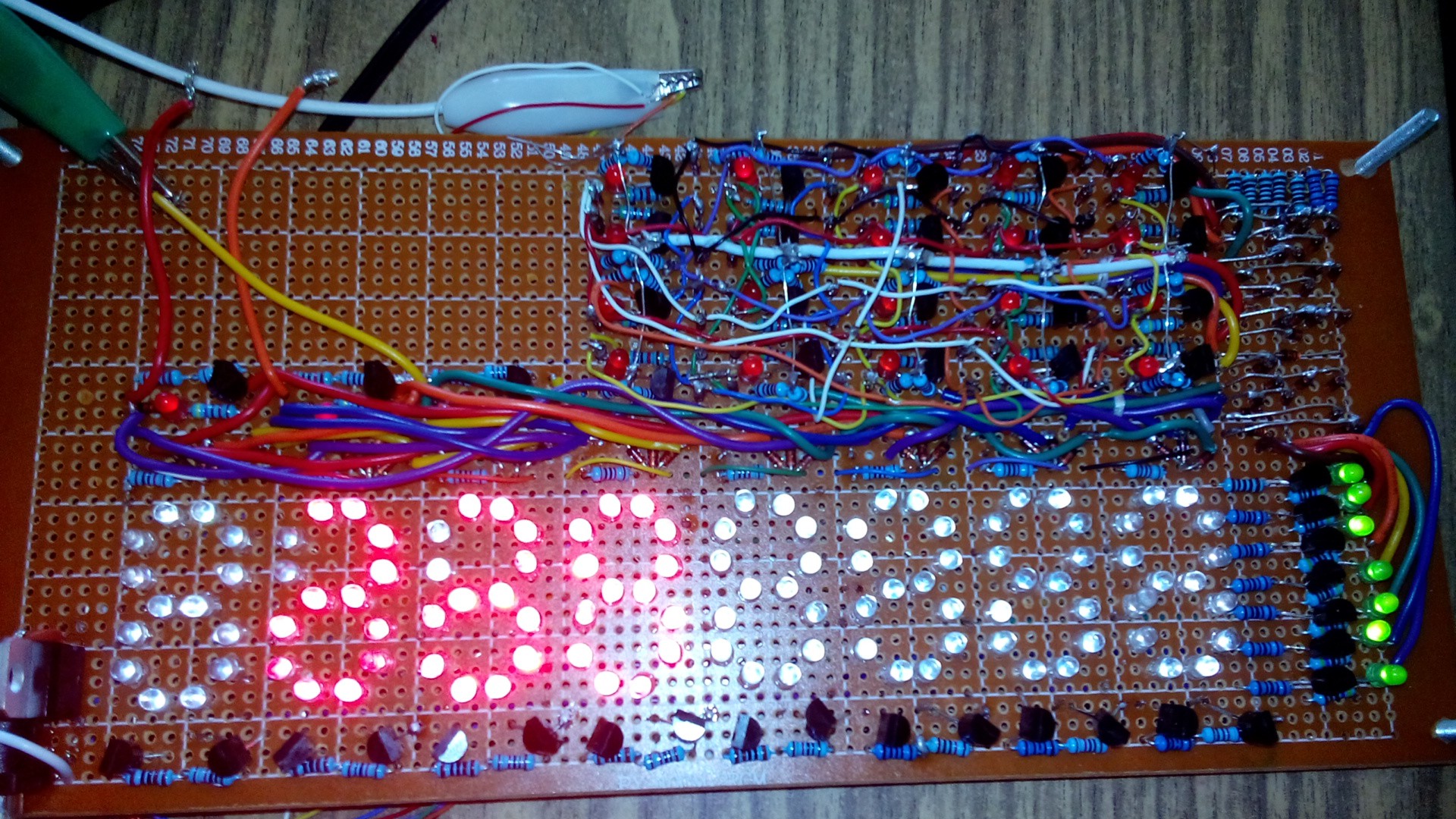 Only one digit should be alight at a time, but seems to be I had messed up with decoders...

There are two decoders here: one 3 to 8 which is long wiry thing just over the digits. It is made of dtl NOT gates and diode 3AND gates and selects one of digits (that is, it intended to do this). Another decoder is the 4 to 16 one, made of 4 dtl NOT and 16 dtl 4AND gates, and have an inverted output (rectangular mess of wires over the last four digits with dimly lit red LEDs). This output drives an encoder, consisting of 7 dtl NAND gates with various number of inputs so as to select which of the segments of digit are not being lit (it is located along the right side of the board, diodes are clustered at right of decoder, and rest of gate circuits is at the right side from digis, with green LEDs). Well, although when it tested alone, it made proper digits, the 4 to 16 decoder cannot make it work properly, most probably because the gates cannot sink all the current. The gates comprising 16-to-7 encoder for digit disppay are operating at at least 10 times bigger current, than gates of 4-to-16 decoder.

I think, I will have to start all over again on a new board, with more consideration given towards calculation of fanout and other things dealing with electricity rather than logic.