I'm trying to play catch-up with what I've got and what I've documented, all why juggling work.

Anyways, I decided to attach some screenshots of my program CompPy. This is what I used to build my rotors and stators.

I'm still working on making it an executable so people without Python can run it. 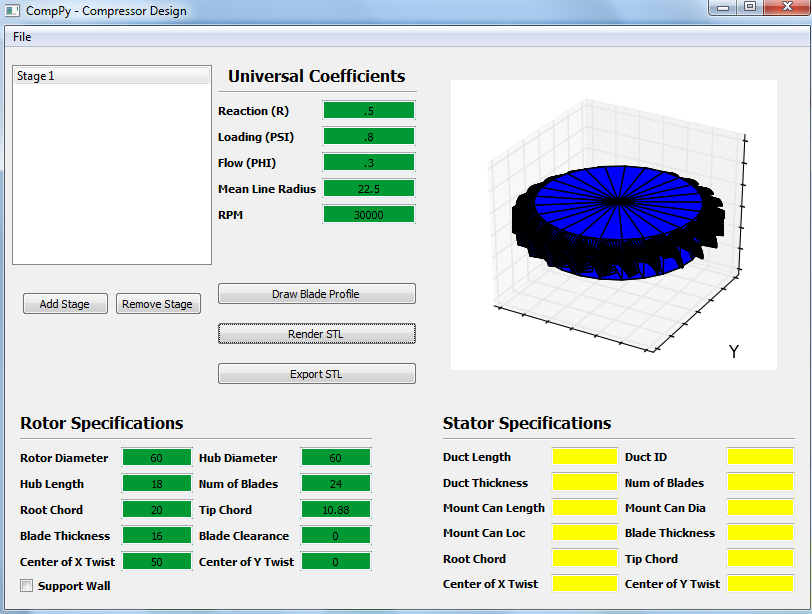 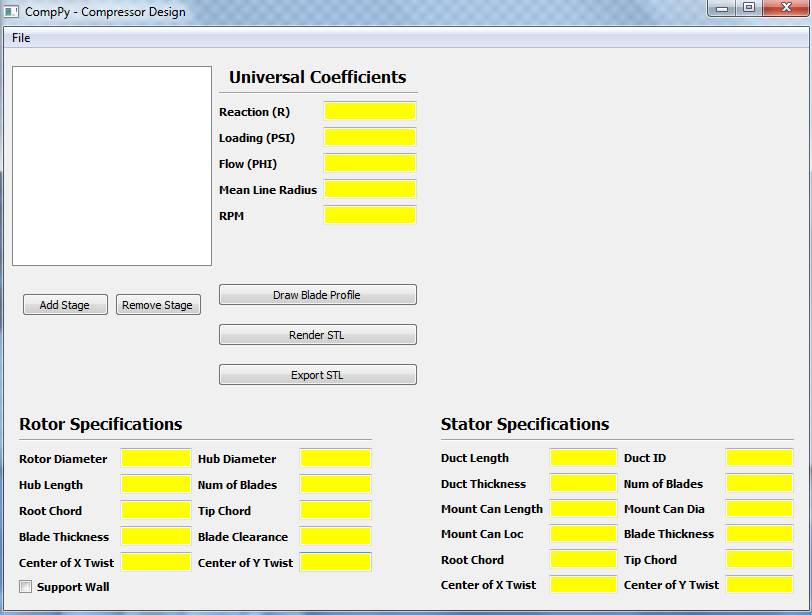 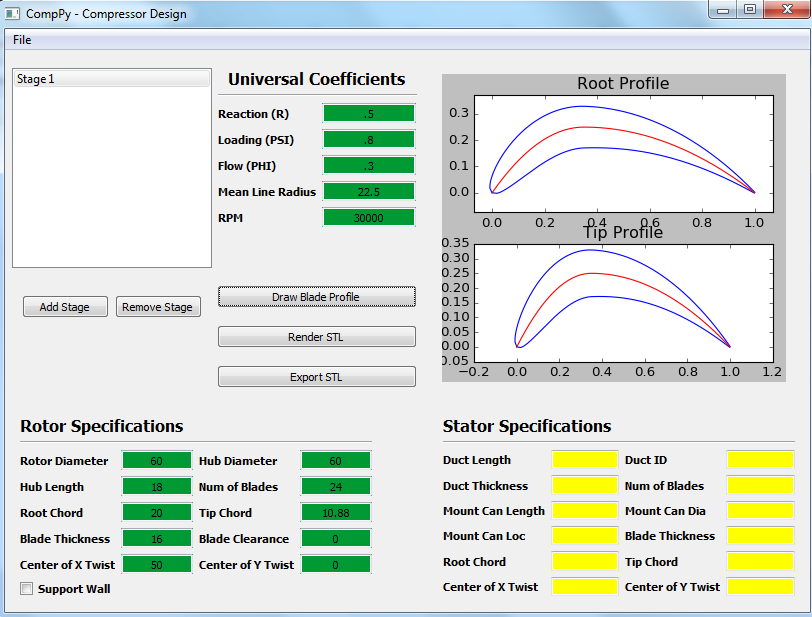 I calculated that I'll need an outlet guide vane that has 17 blades. But instead of just a regular blade, there is another and better option. In 2012 a patent was filled, (Patent Number: 8,333,592 B2 for those interested) that showed that having an outlet guide vane with a blade that had a different angle of attack about 30% the length.

I'm probably not explaining this correctly so attached is a picture. The left diagram is a regular outlet vane and the right one is with the increased swept. 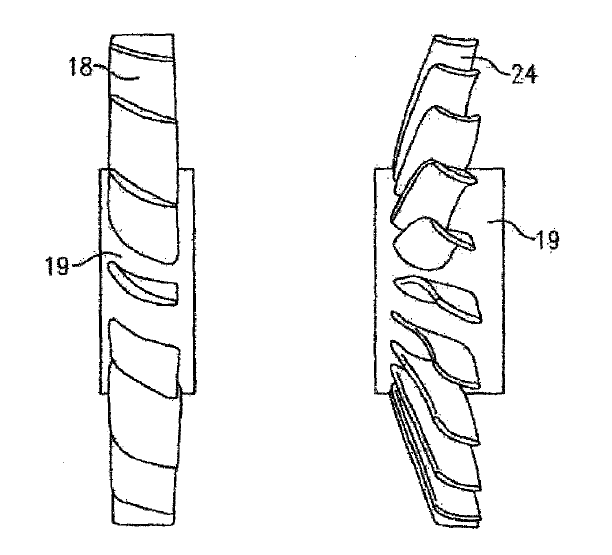 So this weekend I'll work on a model and try and print it.