So I gutted my program and was able to retro-fit it to create an outlet guide vane. I then incorporated it into the clam-shell case which I won't attach a picture of because it doesn't change the aesthetics very much.

As stated before the outlet guide vane is designed to de-swirl the air that is exiting from the final stator. By taking out the swirl from the air a smoother combustion can rake place inside the combustion chamber (which doesn't apply here), and by smoothing out the air, more thrut is produced.

Here is a render of the blade shape. Notice the incidence angle compared to the outlet angle. 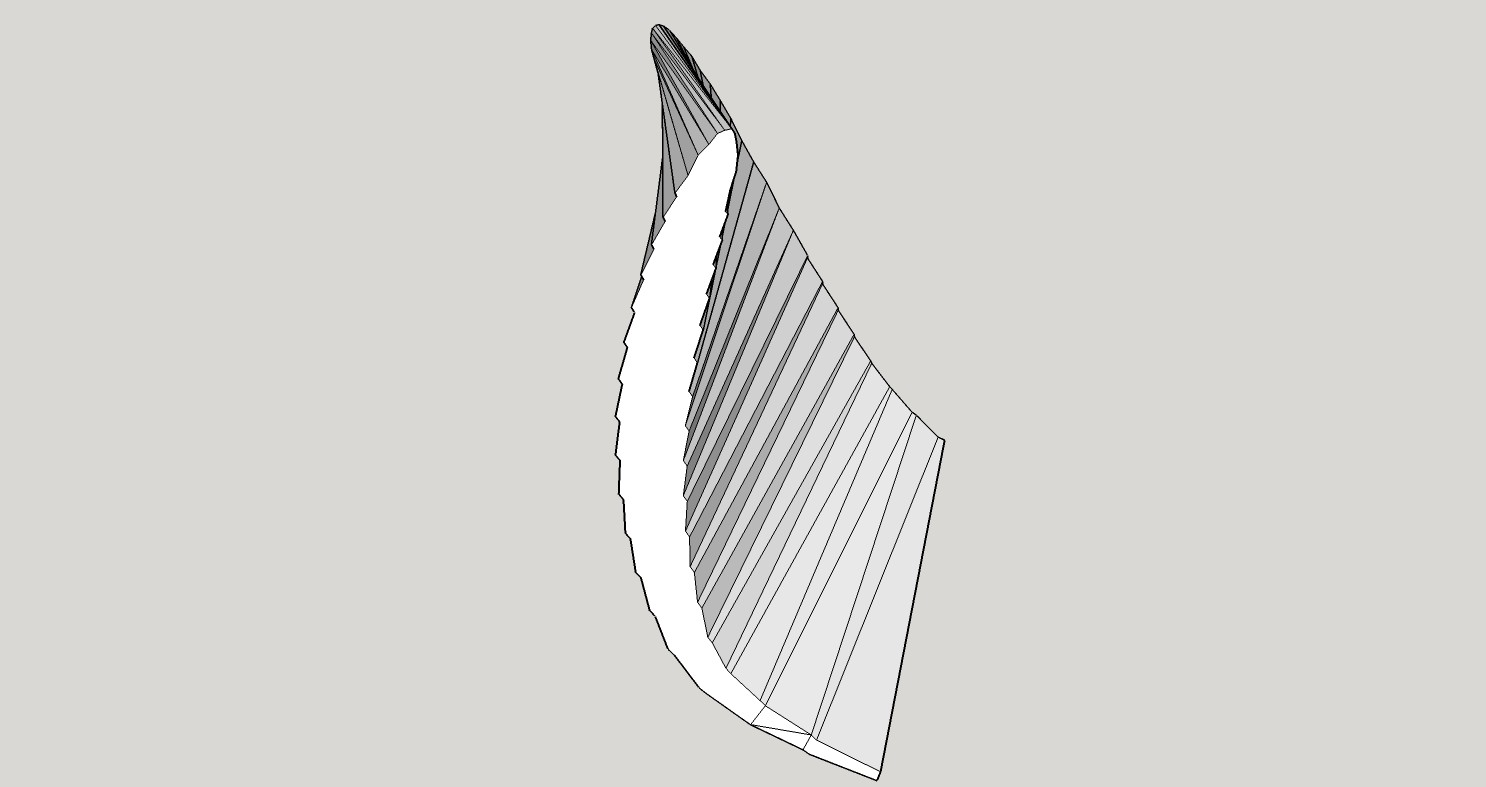 Don't mind jagged edges, that's just an artifact of the render, they're smoothed out in the vane.

And here is the finalized outlet vane that was incorporated into the clam-shell case. 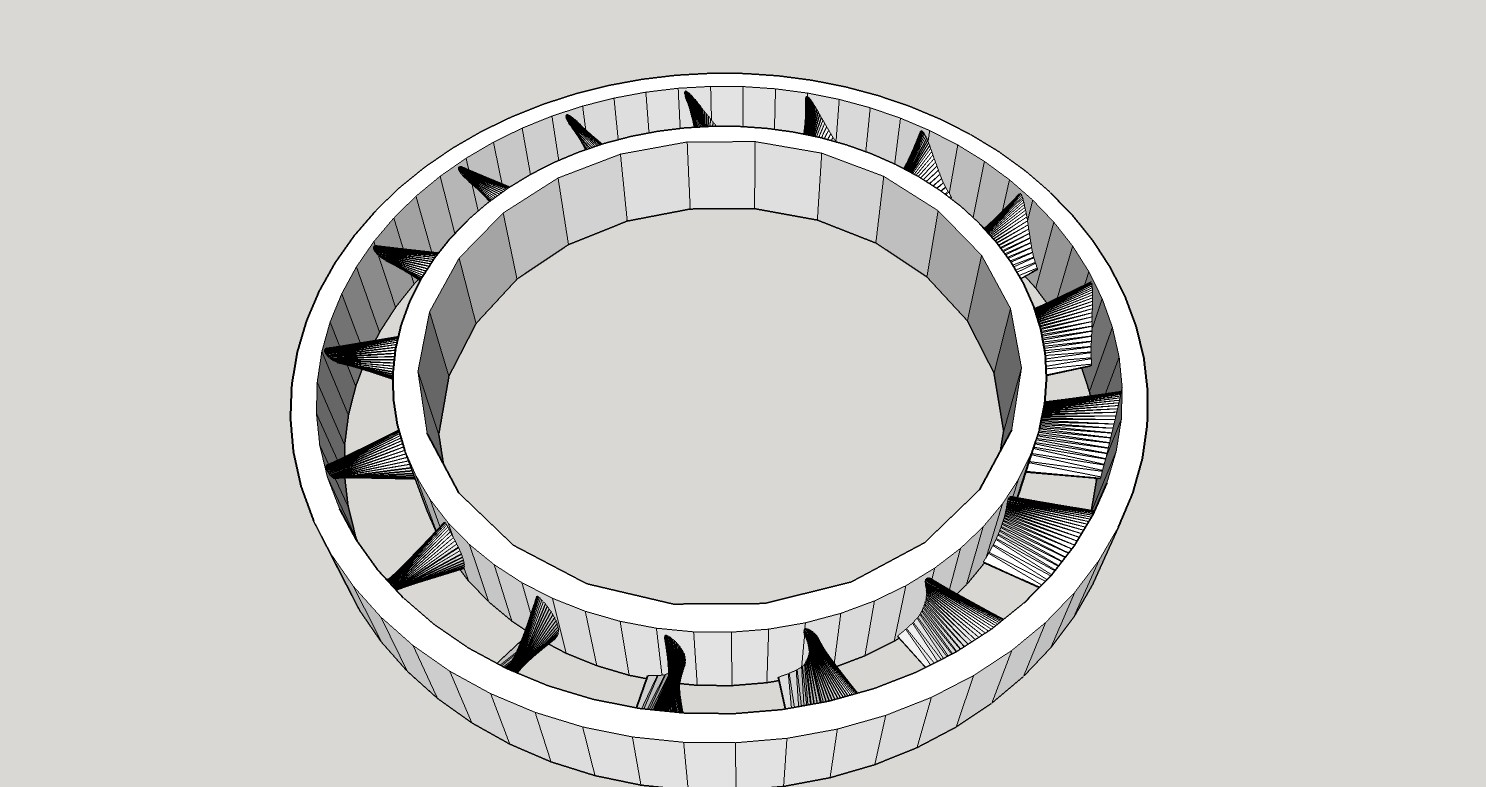 I will update the STL files to include the changes.