Now I said in the description that I was hoping that this final iteration would be the last, and I'm still considering that hope achievable even though I did a total overhaul...I'll explain.

So I was finalizing the design of the engine when I realized how impossible it would be to fabricate the clamshell-stator assembly. The whole point of this project was to be able to 3D print it and then cast it in aluminium; this way anyone can have the ability to do this. With the previous case design, that was nearly impossible.

So introducing the last 2 weeks of my life...

I didn't do any new calculations, the engine should still operate the same except now it will be able to be produced instead of being a rendering. This is also why I'm not considering this Mark 7, it's the same engine except with a different (and better) face.

I rebuilt the case to have a rail-ish system, where the stators would slide into the designated spots and then be bolted down using M3 screws. The rotor assembly wasn't touched in this rework so those still operate the same. I then added the long overdue cowling and outlet nozzle. These also were built this rail/bolt system because all of the stress will be on these two pieces because they also house the bearings.

If I'm not explaining this well enough I've got pictures. 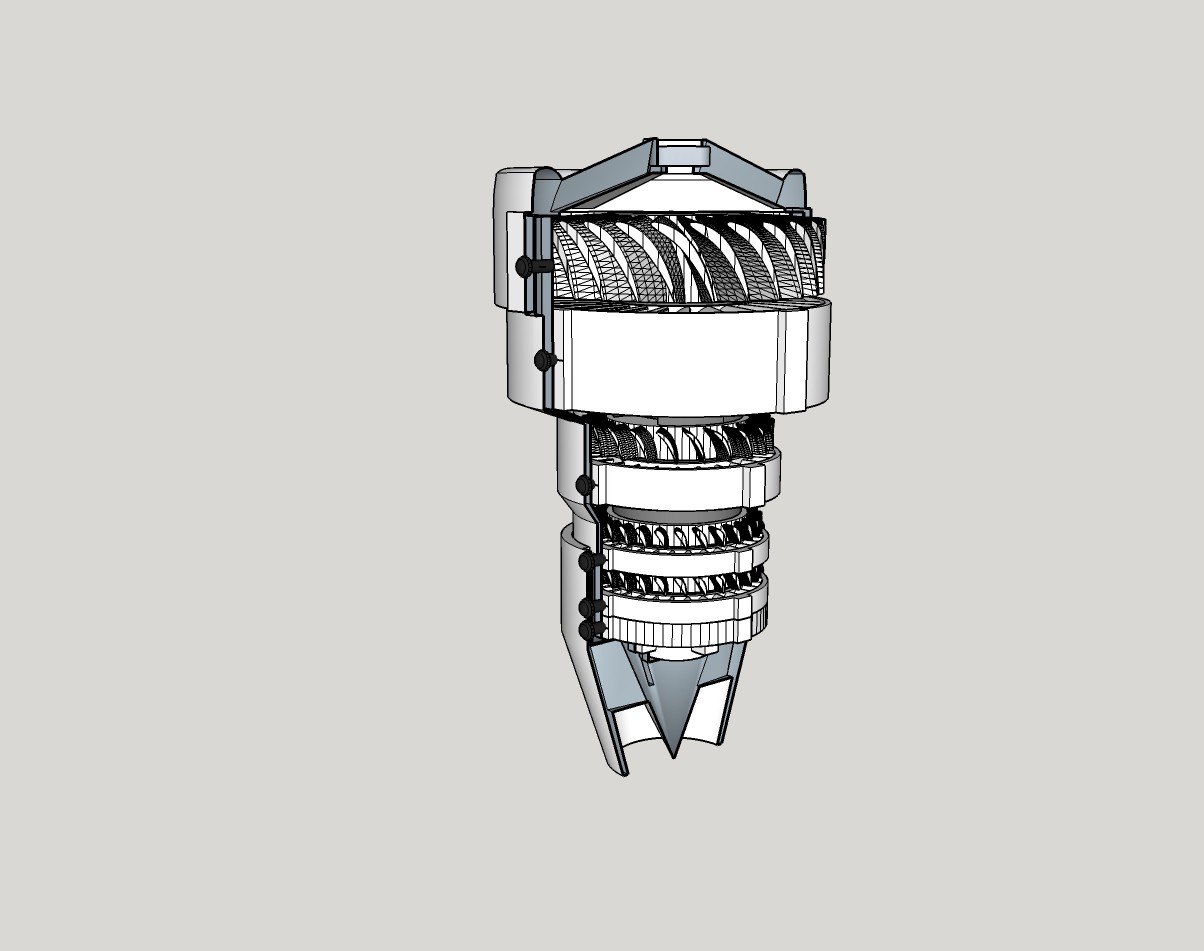 Fully assembled (minus the axle) new compressor design. Notice the exit cone vs outlet diameter, these also had to be painstakingly calculated 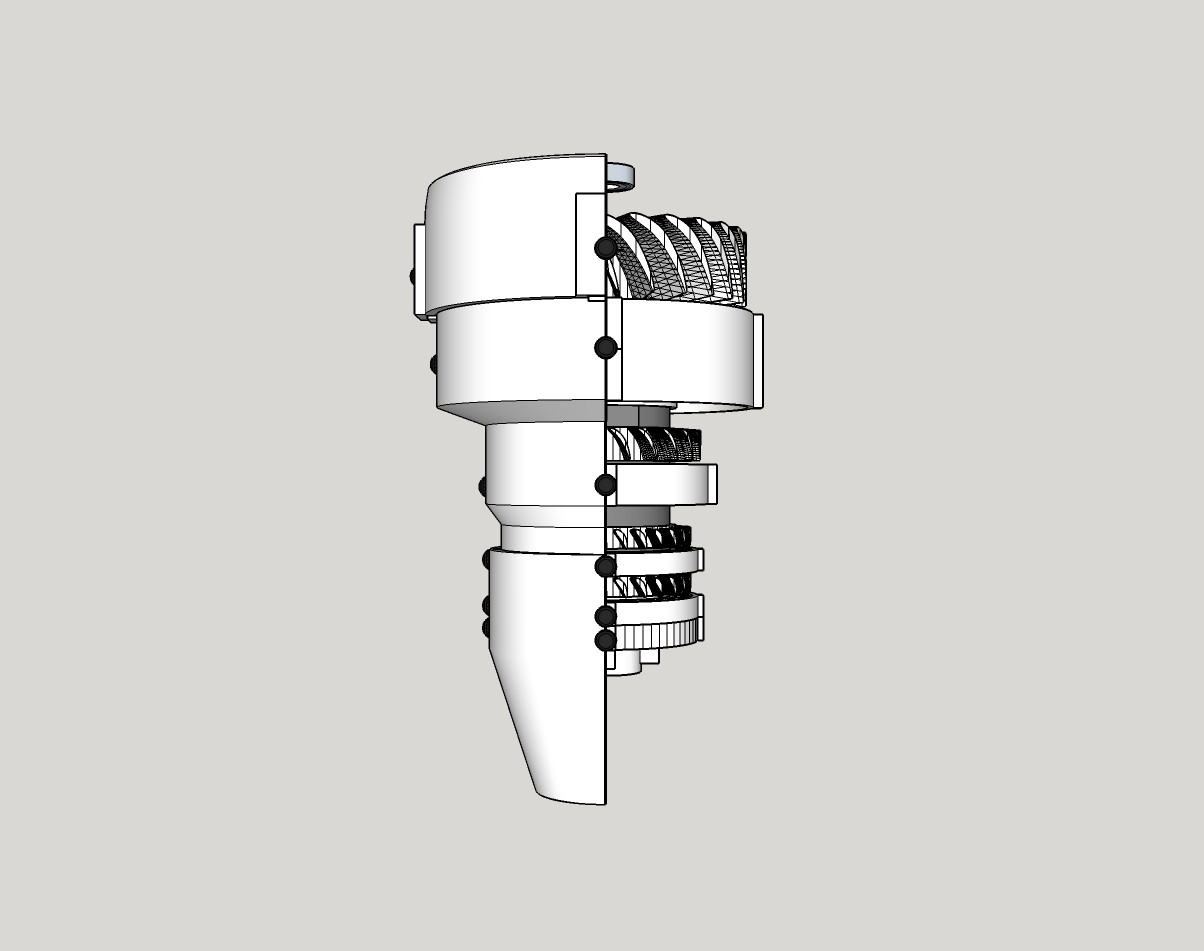 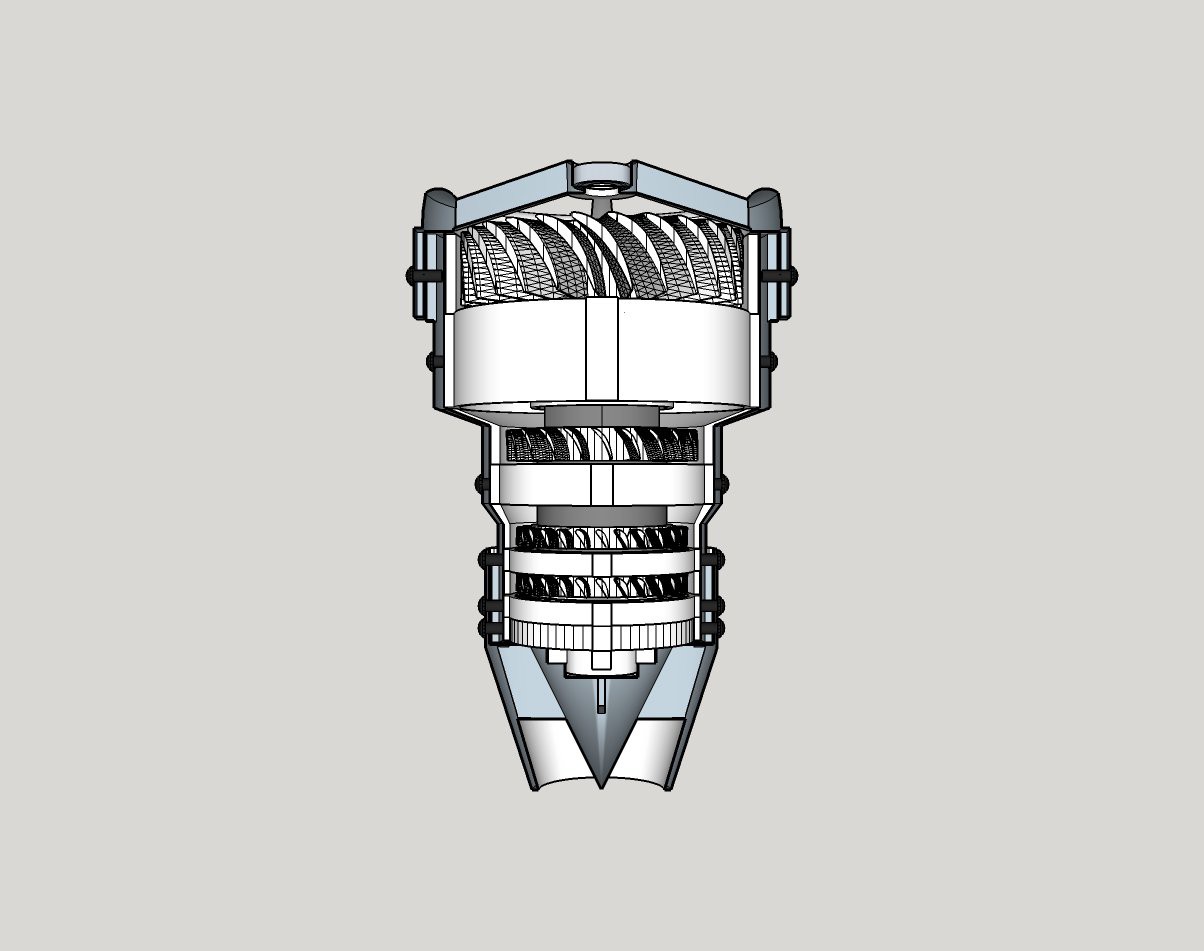 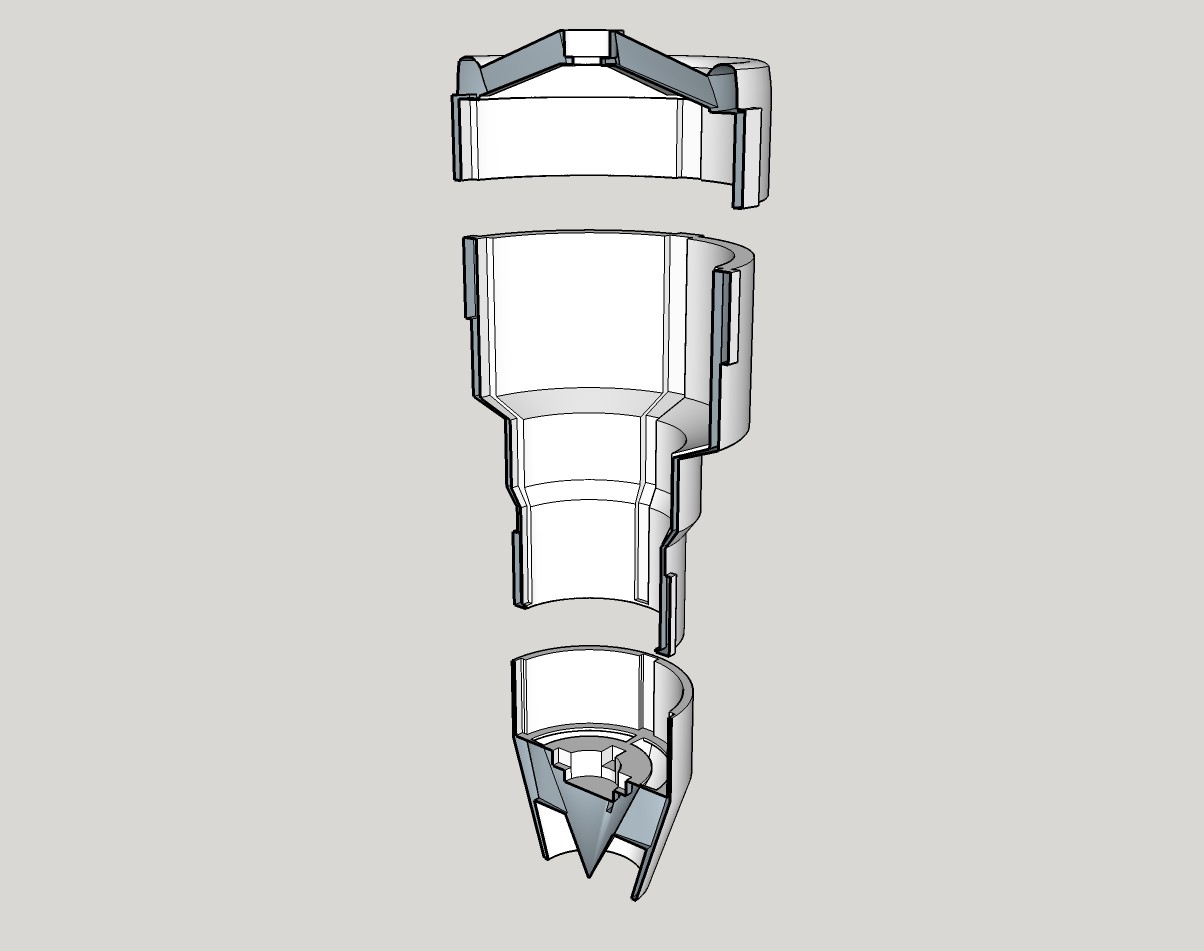 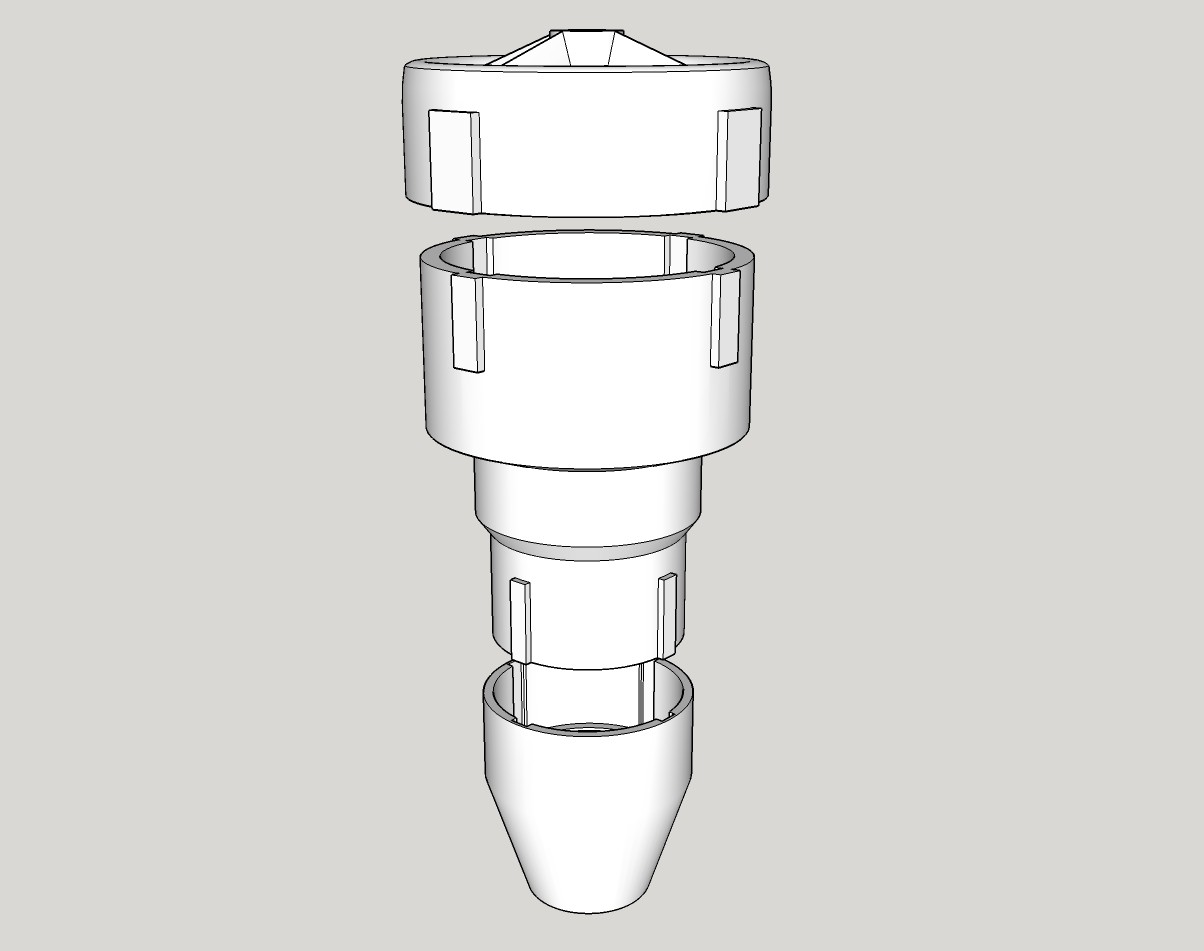 In addition to all that, I've finished printing everything and I've commissioned the main-middle part of the case to be 3D printed (I don't want to babysit a 40hr print). That should come in within the next few days so within the next couple weeks I should have a physical prototype.

I'm submitting this to the Wings, Wheels, and Walkers HAD Prize so wish me luck. I'll keep you all updated with more as it comes!