I've got the first concept video made. Here it is.

Now that I've had a chance to test out the software a bit, I've refined the model(I'll call the social aspect of the programming "the model") and added some more features. Also, I finally got around to setting up a github account, so I'll be putting the code files there: https://github.com/shlonkin/SocietyOfThings

As for the description, it's becoming a really complex model, so instead of boring you with an endless text description, I'll keep it as concise and graphical as I can.

First, some terminology and basic points.

Then let's look at what an interaction is like. When a node has a turn to speak, it has the following possibilities. 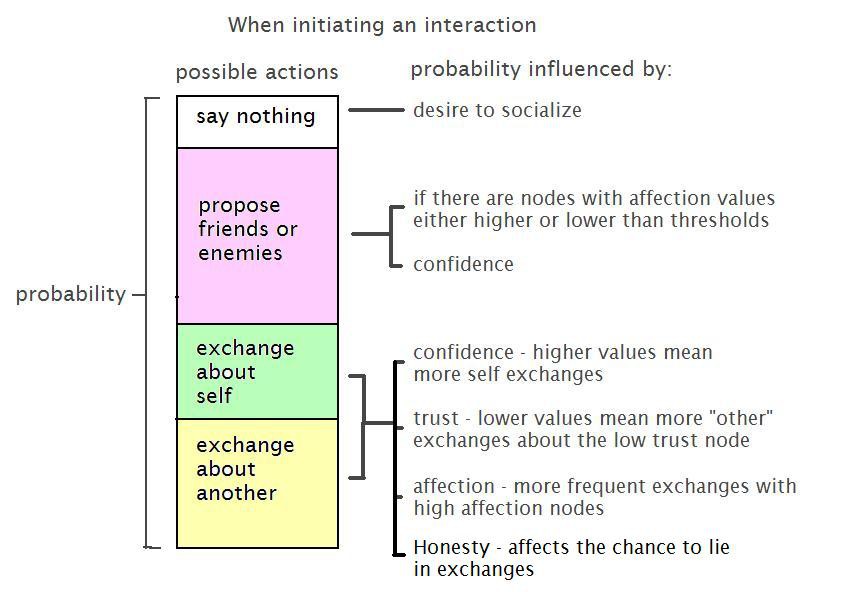 When a node receives a message, it has the following possibilities. 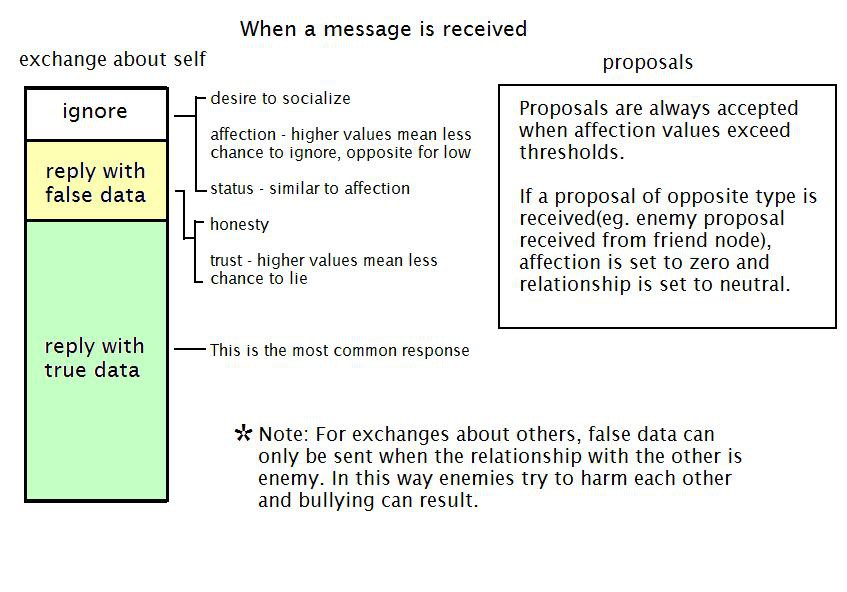 I hope that this was not too hard to follow. Feel free to ask me any questions. If you are adventurous and have mountains of spare time, you could work your way through the code and figure it out on your own.