Autonomous buoy network for a slalom-ski course connected to your ski, deployed by simply throwing it all overboard.

After having all of the parts arrive, except for the new propulsion, something could be put together. Initial 3D-printed parts were used to keep most of everything organized. See the images below. The parts will be iteratively improved over the coming months. To keep things open the cad models will be made available on Github and a Thingiverse page. Extra effort was put in to start using FreeCAD to make these changeable by the community. 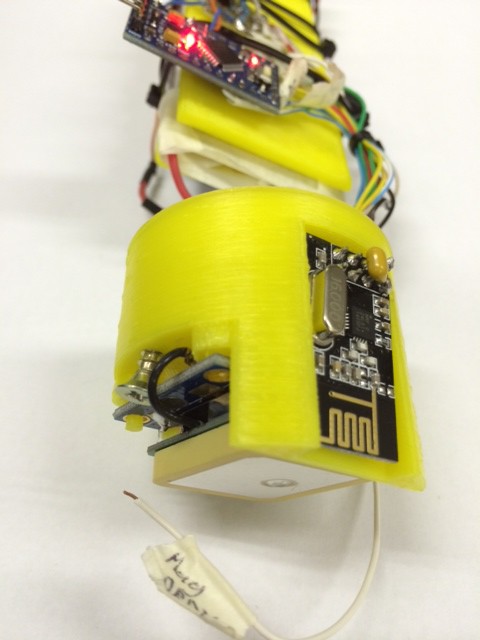 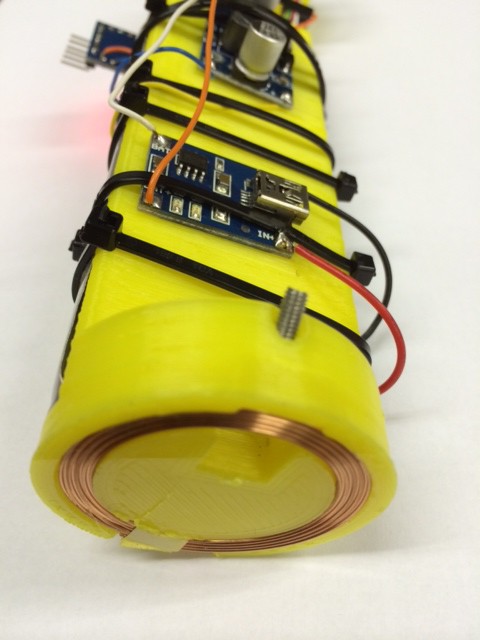 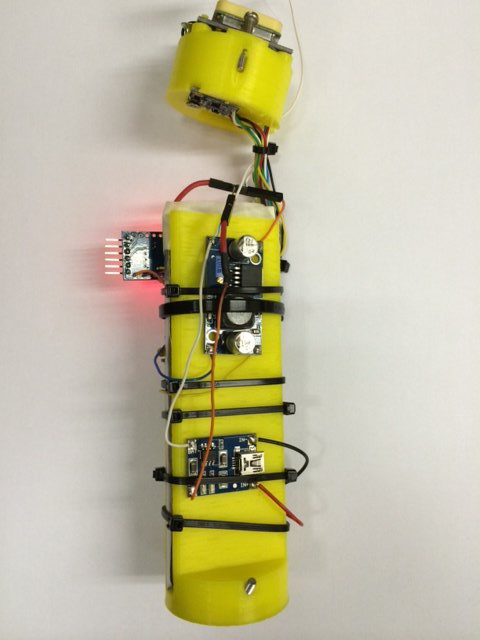 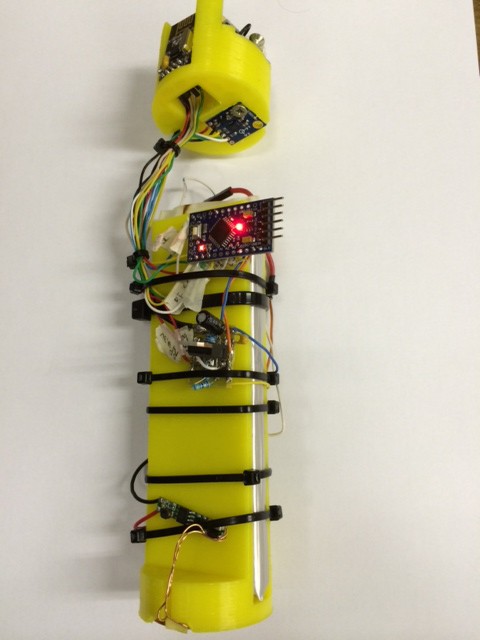 This is essentially all of the electronics that will be placed in a single buoy (Except the motor drivers). The wireless charging coil can be seen at the bottom which runs to a LiPo cell charger. The LiPo itself is wedged in the middle of the 3D-printed container. The 3.7V from the LiPo is up-converted to 12V, depending on the need of the driver circuit. This is then used to feed a 5V and 3.3V regulator. These will run the following devices: a micro-controller, GPS, compass and transceiver. Notice the 2 bolts protruding out the side of the holders, these will be used lator on to fix the part on the inside of the PVC tube.

The transceiver itself has caused a heap of grief. Basically hours of debugging, even involving some university spectrum analyser gear, only to find the transceiver was or became faulty before testing. A quick replacement got everything transmitting and receiving 100%.

With this test-bed/cable-tie monster development has started on the communication protocol. Next post will hopefully be of the controller GUI interface.