The emulator of the world famous timekeeper.

To make possible the timekeeping within a single RTC-less chip solution and to experiment on this direction, I had implemented a software emulated RTC that could run potentially in any microcontroller. By single chip solution I mean the MCU only, without the DS1307 chip.
This library can run on most Atmega-based Arduino boards, that by default are beating at a 16 MHz, from a crystal oscillator.

The DS1307 Emulator is, as stated by its name, a mere emulation of the omonym chip. It is a firmware, that can be put in any microcontroller based systems – like in many Arduinos – and let the board behave like such a chip, without actually having a DS1307 lying around.

Since it is really keeping the time, this library is pre-tuned (you can adjust it in the code) to work with a quartz crystal of the system clock, running at 16MHz. Like the one on the Arduino Duemilanove or Uno.

This library is now part of the contributed Arduino libraries. For the repository, it is well supported the Github page, since it is also the destination link from the Arduino library repository.

The mechanics of this software can hopefully be understood at very high level from the following picture, where the Arduino Uno is the board running the sketch (represented as a blue circle), which has loaded the DS1307 Emulator library (orange circle), of course all running at the same time.

The Sketch can actually communicate with the emulator by means of provided API. The self-styled “not-so-fake” RTC can also be configured and read back from an external real master through the I2C bus, like a real DS1307 (Raspberry Pi, or other boards in the picture). So the emulator can be used, by definition, with all the already available DS1307 master libraries that you can find.

This library provides some API to handle the initialization, the I2C bus handling and the RTC data communication.

In other words, the real DS1307 has an output pin, called pin number in the emulator's APIs. Let's say we have an Arduino Uno and we want to use the default LED in the port 13. The sketcher shall import the library and call the init in the setup(), with the pin number 13. Then, if the emulator is connected to the I2C bus, any master can interact with the Arduino. The only thing required is to call the init(pin number) first.


That's it! If you are curious, the emulator will follow the response described in the DS1307 datasheet, where an extracted picture is shown here: 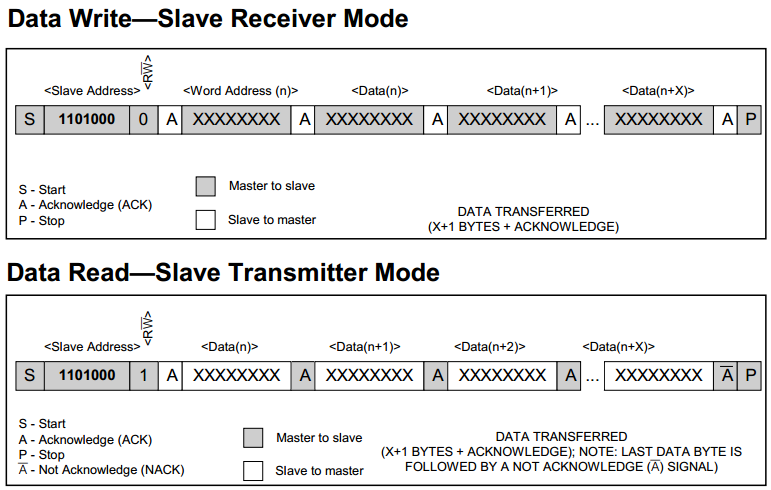 All the simplicity of the Arduino Uno plus extra I2C UART SPI ADC IO and PWM channels. A development board for the new ATmega328PB MCU.
Project Owner Contributor

UART and I2C communications between UNO and MEGA25

A very basic tutorial, yet demanding one for new comers to Arduino and electronics. We are here for you guys with Arduino
Project Owner Contributor