As an aeromodeller, I witness lots of crashes. Sometimes, with my own models. Results vary from minor scuffs to major destruction.
With an airplane, you still can try to land without much damage if something goes wrong with the motors. With a multicopter, this can get a little trickier as the machine will drop like a stone if it ever got to lose power. Autorotation may not be enough to stop the thing, so I started to think about something safer: parachutes.
Commercial systems are available, but they seem way too expensive, plus I wanted to make something simpler. Besides, I needed a project to put my 3D printer to good use.

I want to use a device which doesn't require the needs of pyrotechnics, something fast to reset. I'm thinking about a spring-loaded ejector, the hatch being closed by a 9g servo. The servo itself should be triggered by a simple ATMega328 checking an accelerometer. 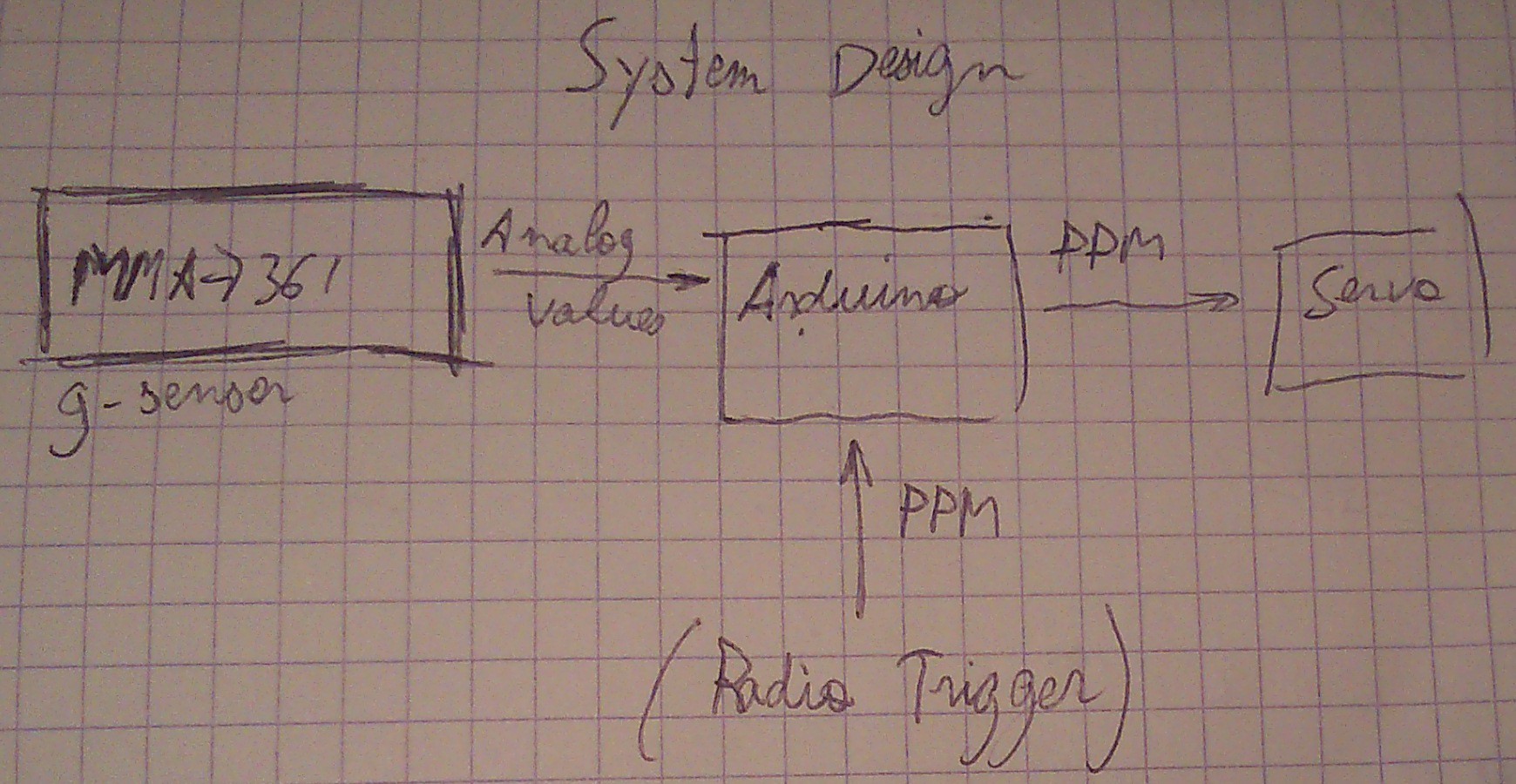 Here's a small presentation video, in the most terrible english you've ever heard.

Liberty1100 wrote 08/06/2014 at 14:01 • point
Well, maybe minimize your strings. This is a emergency parachute, so success would to prevent major damage. Having a chute that is more cloth with less strings might be more reliable to deploy than say the traditional chute.

Adam Fabio wrote 08/04/2014 at 05:06 • point
Thanks for entering your Safety System in The Hackaday Prize! As the author of droning on, this is right in my wheelhouse! People have been working on parachute systems for years, but without any widespread success - it seems simple enough though. It seems like the hard part is getting the parachute out fast enough to avoid it getting tangled in the props.
One suggestion - you can monitor the radio system for pulse train. Depending on setup, a lack of a pulse train (radio off), or a preset failsafe value could be used to fire off the chute.

Yeah, my main concern is about the ejection itself: I'm afraid of getting a big ball of strings instead of a nice deployment...

re: gwtting a ball of strings. look at how real emergency chutes are packed, in paragliding for example. Do the same. Also, I suggest you use (synthetic) fabric for the chute. It's lighter & packs more tightly, unfolds faster and has almost identical, if not better, aerodynamical characteristics compared to plastic.

Prop avoidance will be a bit hard, yes, but not too hard, especially if you add some sort of motor-cutting function and activate it, say, 200ms before deployment.