In short, a chance conversation in a bar and my own frustrations with perceived deficiencies with current educational hardware and software systems led to this project.
This ecosystem is intended as a learning tool, a step up from the Arduino, Raspberry Pi, and equivalent platforms. It is well documented, uses mostly generic parts, and is designed to be easy to assemble and use. It lays out what would normally be encapsulated in a black plastic or ceramic chip the size of ones thumbnail in order to provide the opportunity for investigation and experimentation.
It is my hope that this system will give users a much better understanding of what goes on inside modern microcontrollers, and thus make them better engineers.

It is comprised of a simple single board computer built around a 65C02, a two channel hobby-class servo controller board made entirely out of discreet 74HCxxx ICs, and an ADC board for use with a reflectance sensor bar for line following.

Also has a 2.5AHr lithium-polymer battery pack. Currently unconnected as I'm taking the whole project apart on a regular basis to test things. 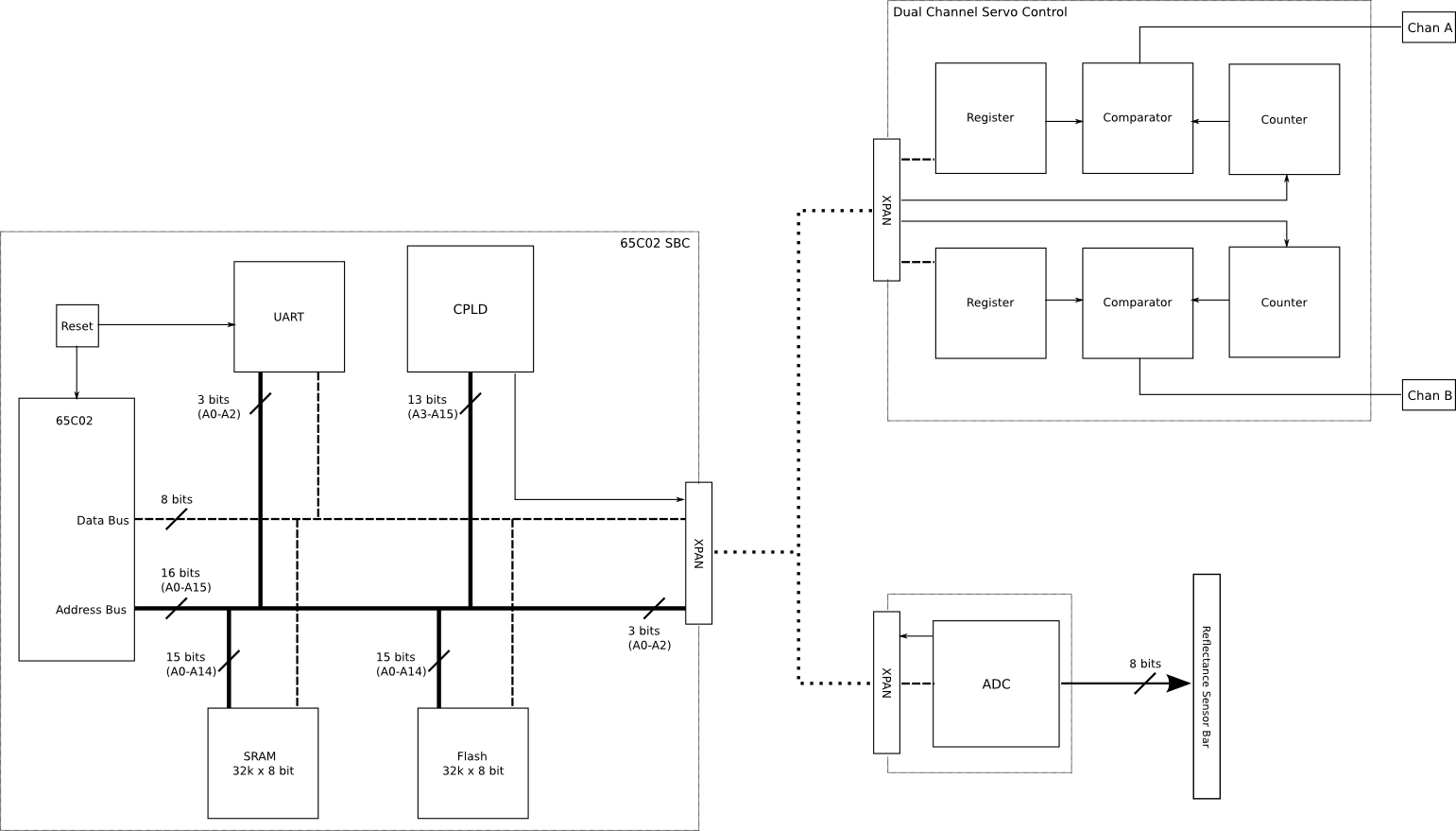 Carbon wrote 10/13/2014 at 18:02 • point
Actually, I had the WDC 65C02 in mind when I designed this project! I think WDC added a few extra opcodes for special functions but otherwise it's identical to other 65C02 chips; should be a drop in replacement, no modification needed.
I used non-WDC processor for the prototype because I had a tube of chips in my parts box that were going unused.

Carbon wrote 08/13/2014 at 18:30 • point
Probably not. I'm currently writing code with a hex editor and a 65C02 reference manual. That said I don't see why cc65 couldn't be used; the processor board doesn't care what compiler was used so long as the flash memory contains valid instructions.

Don wrote 08/05/2014 at 16:50 • point
Nice project! Many years ago, I learned that sockets are a high failure rate component. Have you considered soldering the ICs directly to the board?

Heavily inspired by OpenBCI, especially their ganglion board design, but with an ESP32 handling communication/control
Project Owner Contributor