No, not the spacecraft.

First off, can you spot the problem in this photo? 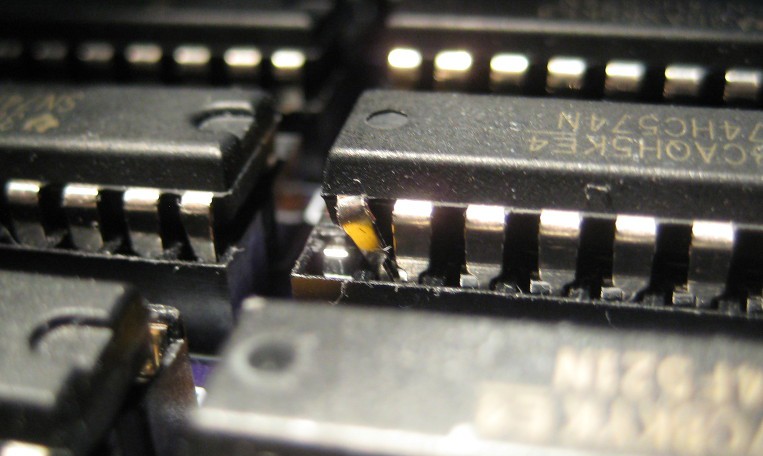 Yeah, I don't know how that happened. That's an eight bit register and it's clock pin is jammed into output D7.

I also discovered that the clear and set pins on the clock divider had been left floating (whoops). I tied those to Vcc and suddenly I have a nice stable clock signal again: 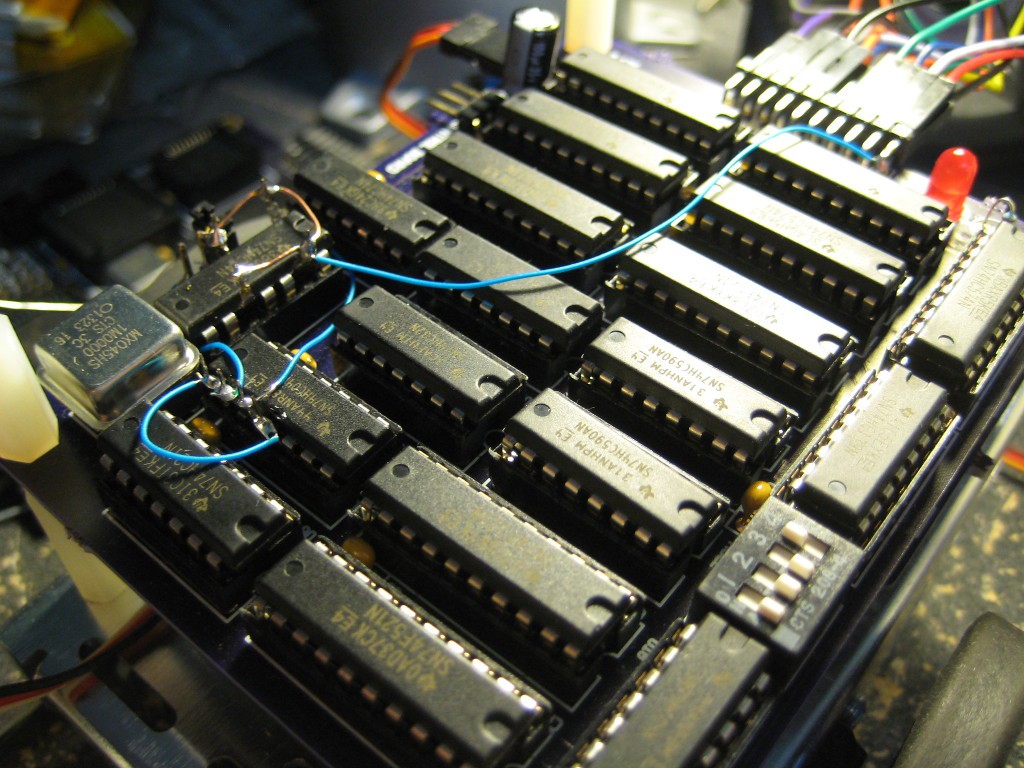 I had a theory earlier that the signal from the oscillator wasn't as clean as I would expect, so I wired its output through two spare stages on a hex inverter - hence the extra wires in the lower left. I didn't bother removing them; if it works, don't eff with it.

This board still doesn't work however. It'll move a servo attached to channel A exactly twice before the register I'm using to buffer signals from the bus suddenly stops propagating changes. Same thing happens on B channel as well, so it's not a bad chip or anything. No idea what's going wrong with it.

I feel compelled to point out that the 6502sbc is in working condition. I had been tinkering with that design for about a year and it is mostly functional - I can run software and output data on the UART.

Mostly. The UART is still giving me some issues (it works...intermittently), but I think I may have tracked that down.