Projects to wake you up

The Integrated Room Sunrise Simulator, dubbed IRIS for short, is a custom alarm clock to provide dawn simulation. The clock connects via wireless signal to an in-wall dimmer providing a soft ramp on for a gentle wake-up, typically over a 10 minute period. 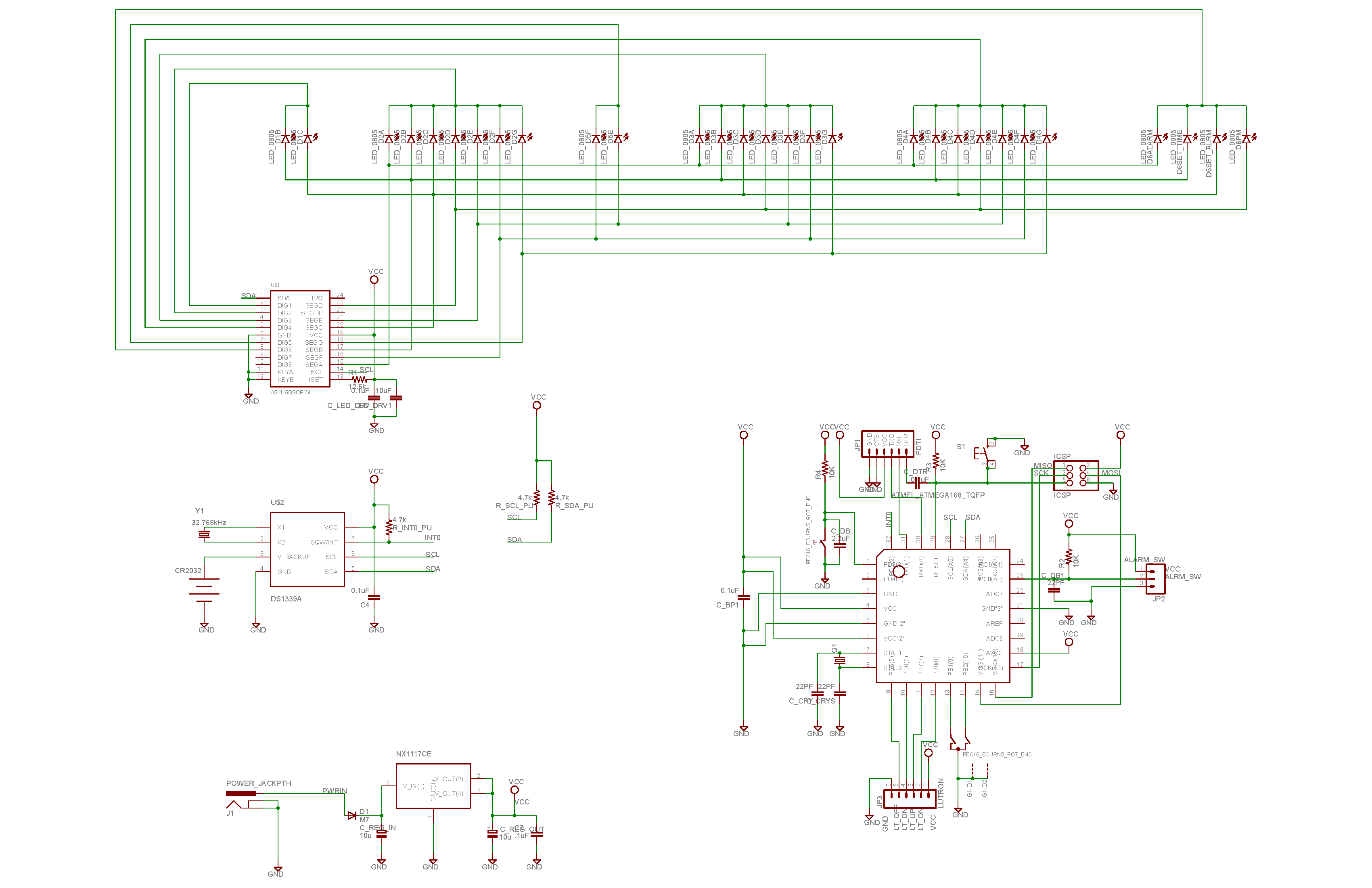 I know this project is old, but I want to offer my thanks for the Lutron info.  I love my caseta system, I don’t like it being cloud based.  I’d like to take over the base station with an sdr.  I don’t plan on publishing any success, as it looks like the protocol currently is pretty simple, but the new picos, for example, have everything in one chip, and that chip has an aes accelerator.  I’d rather not have to figure out a way to force a firmware dump (probably through decapping) to get that key, so I’d rather Lutron keeps it simple.  Besides, I think with your spi dump, that ought to be enough to figure the whole thing out for anyone with an sdr.  I can say the new picos are extremely noisy.  Had me wondering if it was somehow 4FSK rather than a form of bfsk!  Maybe I should have moved my antenna closer to the base station :)

It may also be they have multiple forms they can use, so here’s hoping that’s not the case...

ooh, I haven't seen silicone used as a diffuser before, I might try the same using hot glue (for prototypes)

Blecky wrote 08/18/2014 at 17:45 • point
I will definitely be following this and building something for myself once I get time.

A desk clock made from a 16x16 NeoPixel matrix.
Project Owner Contributor

You guessed it! It's a lab bench & my third. The kicker? It's unlike any other...
Project Owner Contributor