This project first began while attending University in northern Ontario, Canada.  During the winter months I would leave for school while it was still dark and return from school when it was already dark.  Sometime during this period I stumbled upon Eric Wilhelm's Instructable for an Arduino controlled sunrise alarm clock (found here; http://www.instructables.com/id/Arduino-Controlled-Sunrise-Alarm-Clock/) and knew this would help get me out of bed in the morning and off to classes on time.  Only I didn't want blue LED's nor the desk style lamp he created, but nevertheless it was a good starting point.

My first version of the project consisted of a cheap travel alarm clock, which had the piezo removed and the wires reconnected to an Arduino Extreme V2 (these probably can be found in museums at this point), with the output of the Arduino driving a relay which was literally soldered across the raise up button inside the dimmer (pretty much disregarding any NEC code or common sense).   Finally I mounted this dimmer in the wall and ran the low voltage wires through the back of the wall into the closet where the clock and Arduino lived.  Since the relay was in the closet the switching noise was muffled and barely audible.  The Arduino checked for an incoming pulse from the alarm clock and then sent pulses to the dimmer switch to simulate button presses.  The length of these pulses were determined empirically, and were sensitive enough that I had to adjust the pulses once additional cable length was added between the relay and the dimmer.

Here are the pieces to the original project: 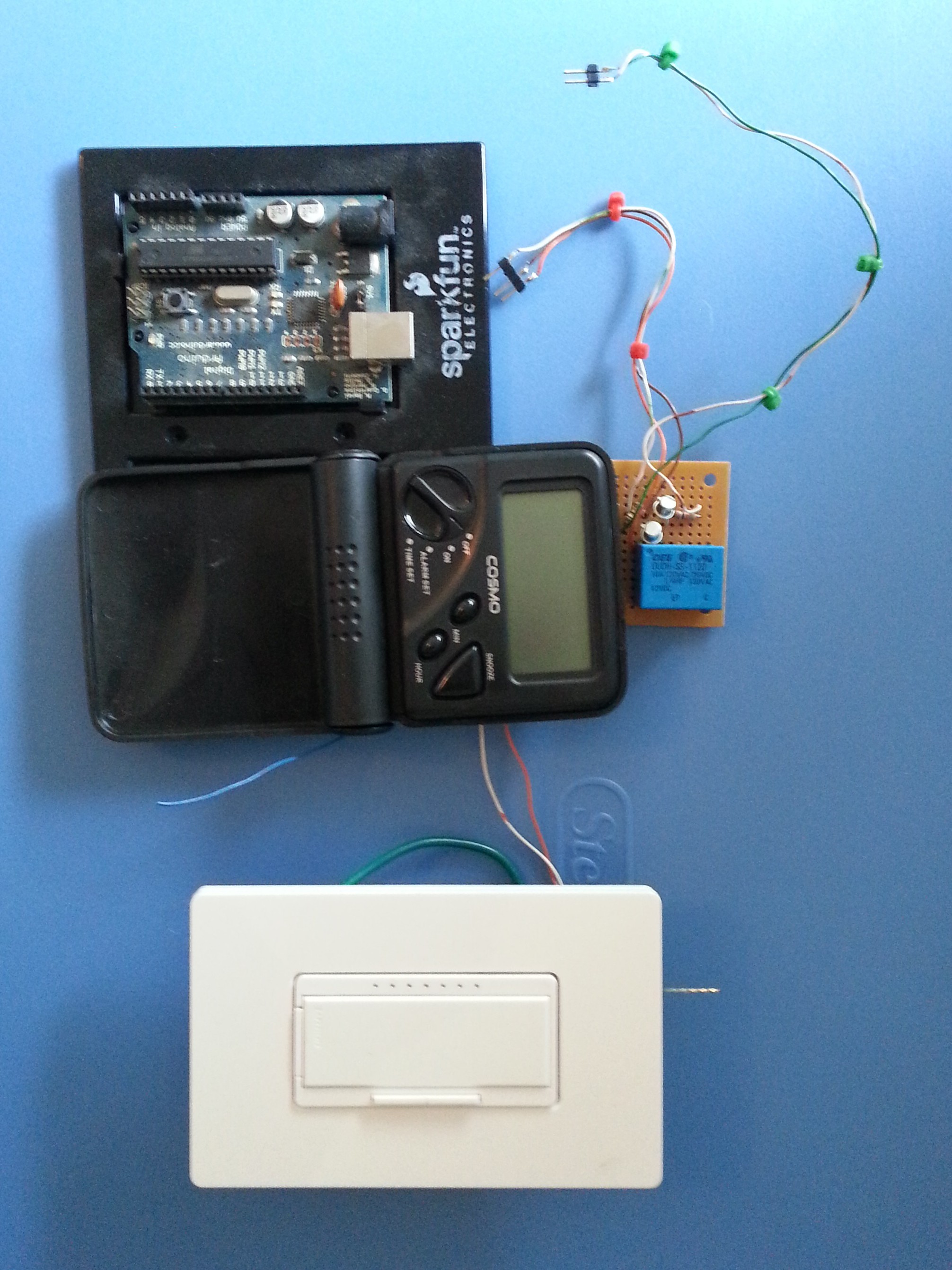 It was a hack in every sense of the word, but it was a quick build, it worked and proved that the concept was useful enough to do a second revision.