A couple kids after my original proof of concept, I decided to revisit the original project.  With renewed vigor I set out some basic goals and got to work.  This version would be wireless to avoid the mixed voltages in the wall box, and would permit a clock in a regular form factor (at least eventually) adjacent my bed (as opposed to tucked in the closet).  I would use a real time clock and LCD display to customize how the clock functions and looks, which would allow for custom on and off delays, ramp times, etc.

I created my first PCB's in the backyard using the sponge and ferric chloride method, making small modules as opposed to one large circuit board both so I could reuse them for other projects and to limit my troubleshooting if things went bad.  Thankfully troubleshooting was limited to a small solder bridge, and a couple of over etched tracks on the LCD module, but otherwise no significant issues. If you look close you can see where I soldered some small wires across the tracks that were damaged.

Here's how things were looking: 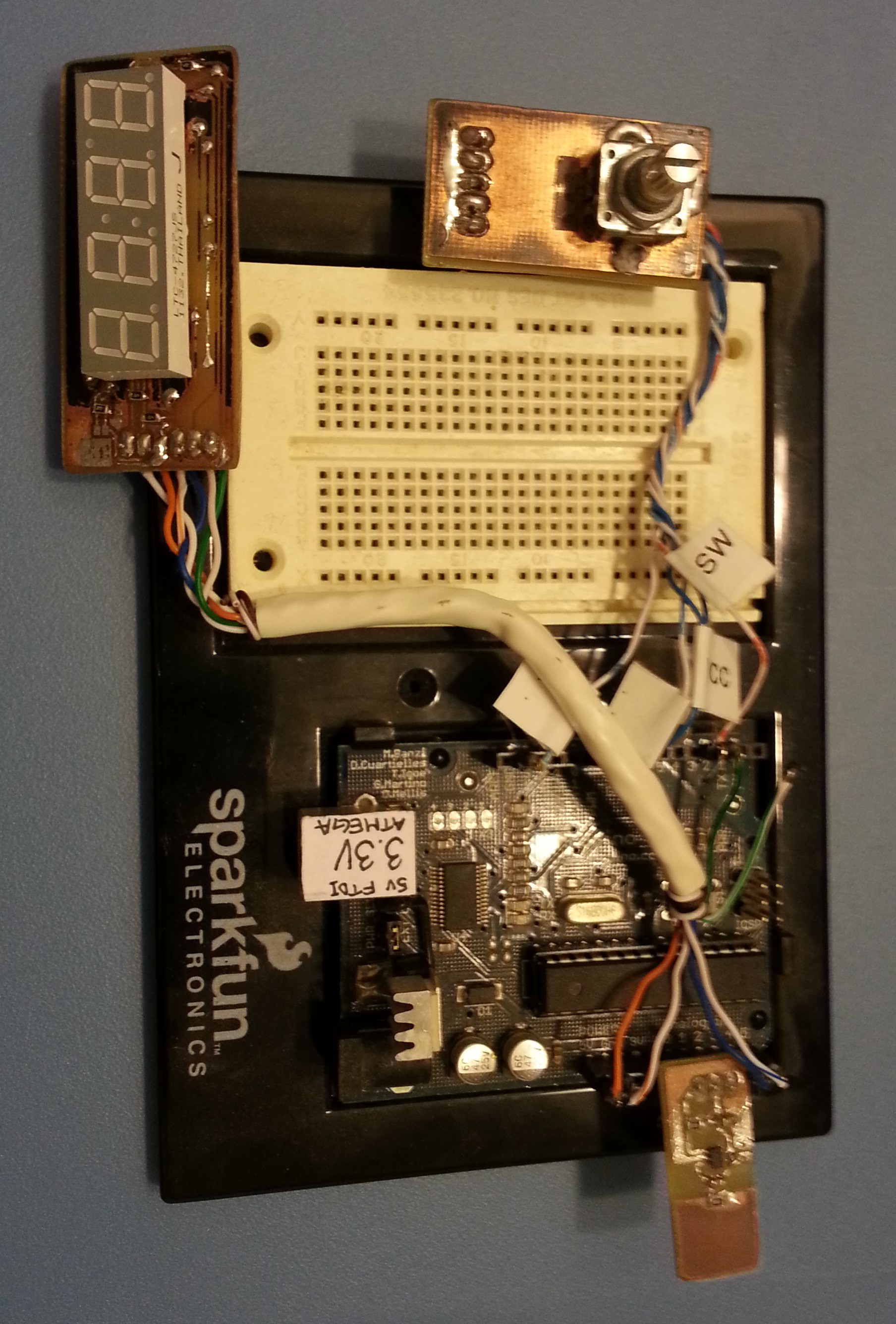 Upper right is a little capacitive sensor which was originally going to be for the snooze on/off until I realized it was kind of hard to tell if you hit the snooze without the tactile feedback.  The sensor was a QPROX QT100.  On the left is the rotary encoder breakout, and the LCD panel which also included the RTC chip as they were both on the I2C bus I figured I may as well have them on the same PCB.

Here is the back of the LCD PCB:

I'm sure Dave Jones ( http://www.eevblog.com/ ) would have something to say about this crusty looking board.  Considering this was one of the first PCB's I've ever made and it was double sided he might let it pass . . . maybe.

At this point with a working clock and controls it was time to work on the wireless interface to control the dimmer.