A modular platform for developing and trading guitar (and other) audio effects. Focus on, but not limited to, pure analog signal path. 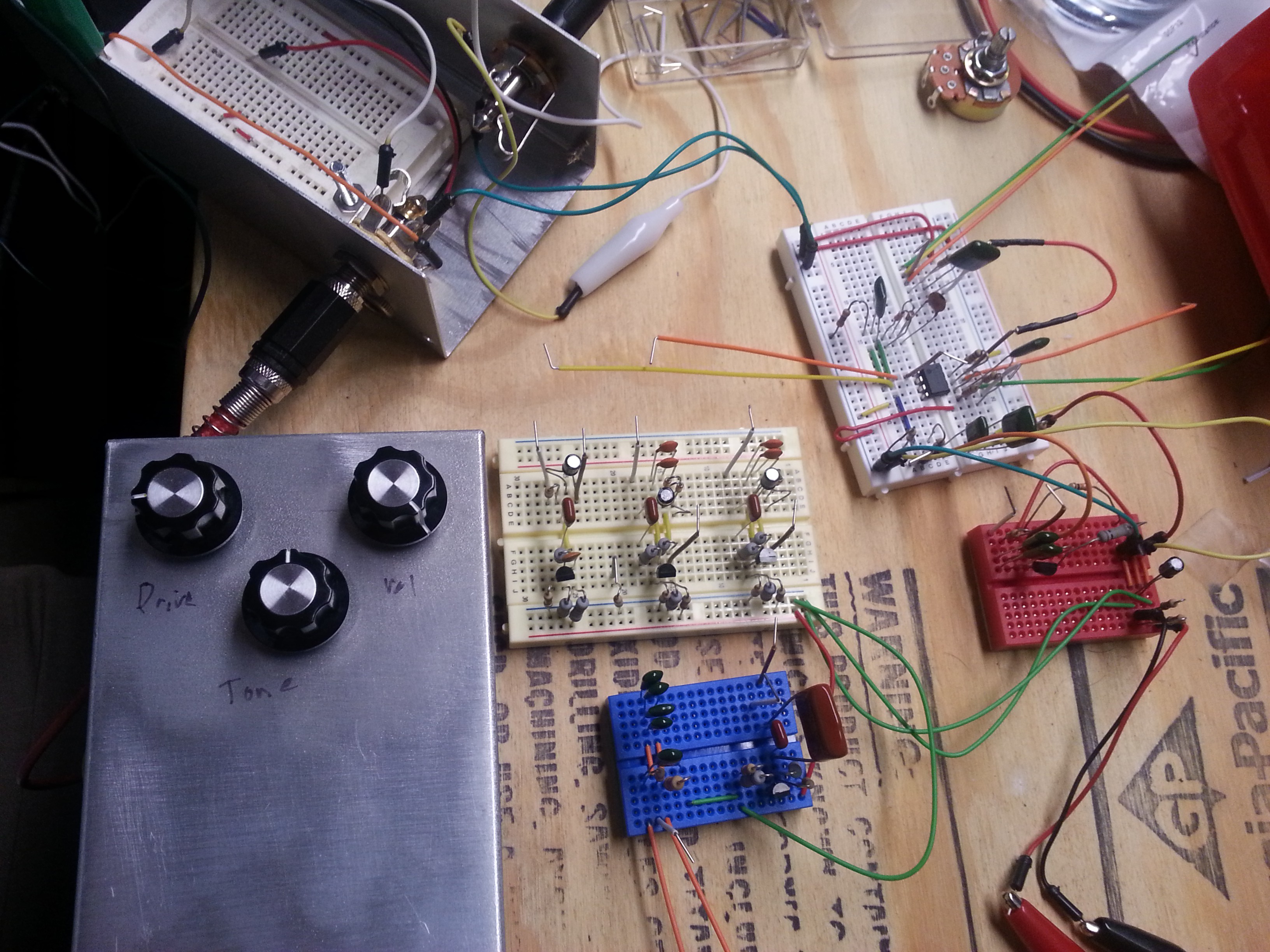 This is just a quick update to say that the first POC test has proven successful on breadboard! The videos have been added to the Prototype Status section of the project details. Not much to see, and I'm no pro guitar player either, but you can at least hear the results of the circuits!

There is a Tube Screamer clone and a Big Muff Pi clone made using modular circuits. I run the TS by itself, then the Pi by itself, then I proceed to hook the TS drive to the Pi Tone, followed by the Pi drive through the TS tone. Finally, I stack the TS buffer and drive in front of the Pi drive, skipping the Pi's input buffer, and out through the Pi's tone and output buffer.

In the next post I will show the circuits used and go into some more detail, but for now, enjoy the videos!