A small, flexible boat and controller system able to travel where a standard boat could not go.

I've finally gotten around to typing a new project log. I've got a lot to tell you, so let's get started.

First of all, the boat took its maiden journey (admittedly, a while ago) in a small construction pond. Of course, I had to repair the loose wire on the motor. As expected, steering was a bit clunky, and there were code glitches (full motor speed sometimes causes it to stop moving entirely). Still, it was good. Except for the part where the loose wire broke. Again. Since then, the boat has been put aside...until now!

Now for the new changes. Take a peek! 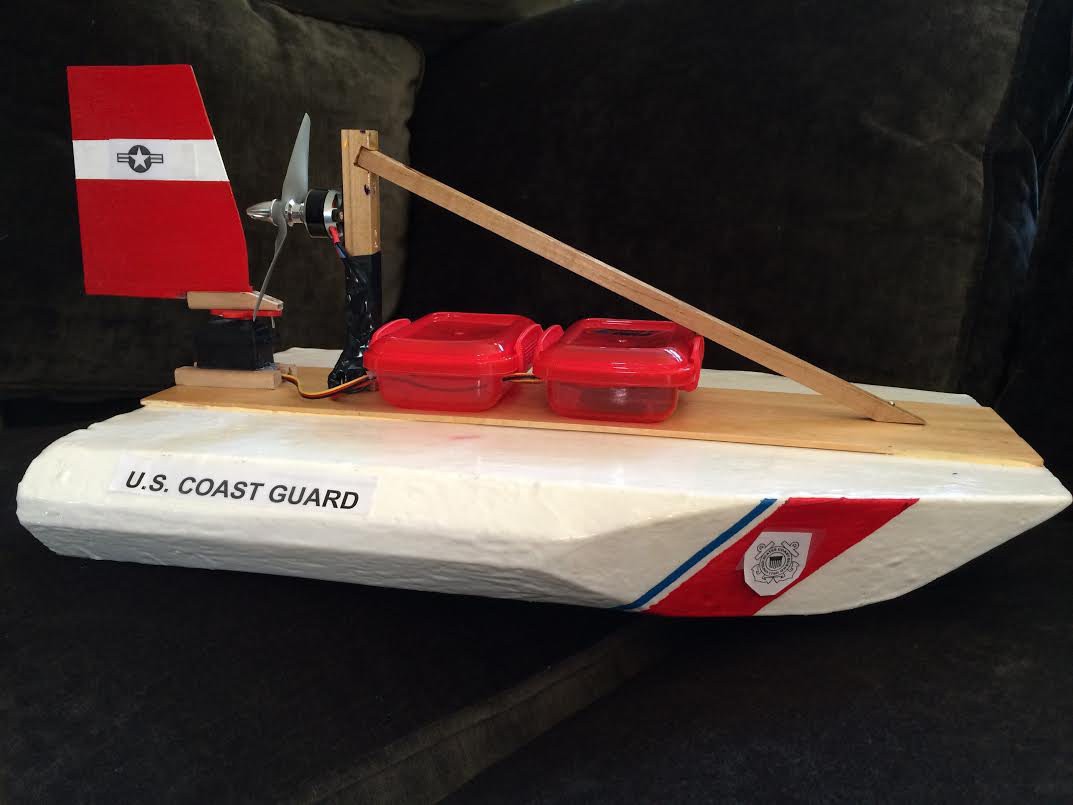 The decals are temporary-I haven't gotten around to getting proper decal paper to make them look nice. They've been added along with the new paint job (thanks, U.S. Coast Guard boats for looking so cool!) Also, the rudder (technically, vertical stabilizer) has been beefed up for better control. Also, I've fixed one of my biggest problems: the motor!

As you can see from the parts list, I have upgraded the motor to a more powerful model, with the added advantage of a better propeller mount and a better motor mount. Yay, no more vibrations! Also, the wires are affixed better, so I don't think I'll have to worry about magic smoke anymore. I'm using the same ESC as before, so I have to be careful not to overload this motor or I might damage the ESC. Also, I had to put bigger bullet connectors on the ESC's cable harness-they were sized for the smaller motor and wouldn't fit the larger one.

The old motor was fixed after the maiden voyage, but I still got magic smoke out of it. Also, a guy at my local hobby shop notified me that my propeller was on backwards. That probably was affecting the speed of the motor (and thus the boat).

So! The boat is finally ready for another test. What next? Hmmm....a Hackaday decal somewhere? Nose camera? The possibilities are endless!

Oh, I forgot to mention. Thanks to the new motor, it's now strong enough to push itself (slowly) over carpeted flooring. Score!