It was started with my 3 year old son after he started to be interested in electronic parts I have. Now he knows the difference between microcontroller and motor driver, which got me excited and willing to share my project to the community.
The goal of the project is to make a Smartphone operated bluetooth controlled toy such as a car, tank or other kind of vehicle.
The project is planning to support iOS, Android and Windows Phone as a remote control, and any 2WD, 4WD or similar platform.
The idea is to keep it all open source and be a beginner's platform to learn electronics and how to build those things at home for students, kids and their parents.

The whole idea is to support as many basic platforms available online as DIY kits so others could replicate and extent the project to their needs.

The Arduino part receives control commands via Bluetooth from your Smartphone app. All "brain" tasks will be performed by a Smartphone such as calculating motor balance while turning, while Arduino will just directly drive the motors, lights, servos based on the received commands.

Here is the schematic of Arduino part which receives commands. 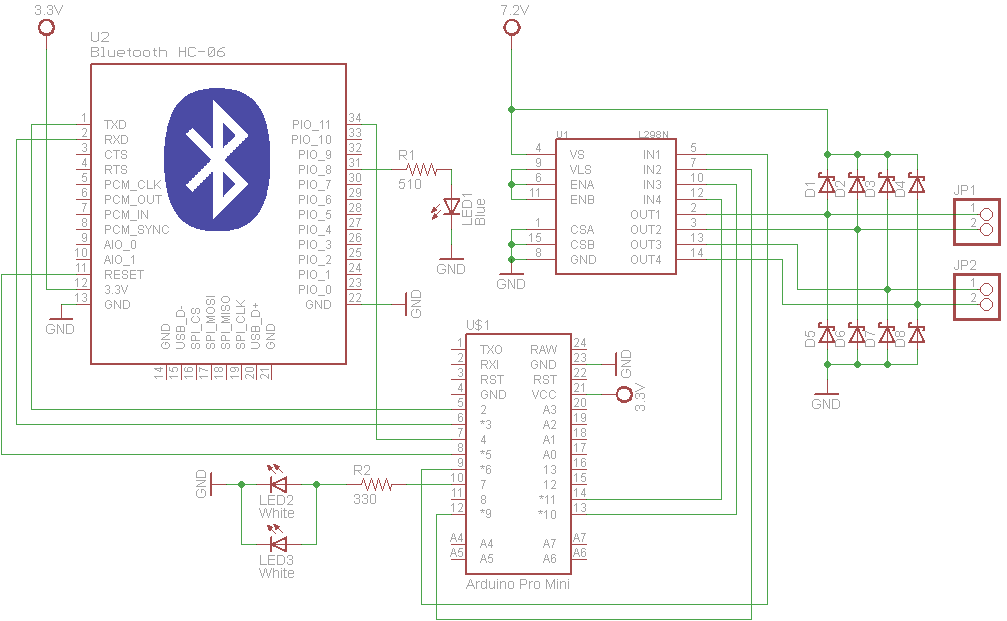 I joined hackaday today and came across this project. The demo video (real test) is impressive. I currently have a 4WD chassis and Arduino and am motivated to replicate your project. Thanks for the inspiration

How to make a DIY Rocket Launcher using Arduino - Design the circuit, make a rocket ignitor and control the launcher from your phone.
Project Owner Contributor

DIY Rocket Launcher - Make your Own!