if you're playing music from your computer, and it's coming out of amplified speakers, the signal chain probably looks like this: 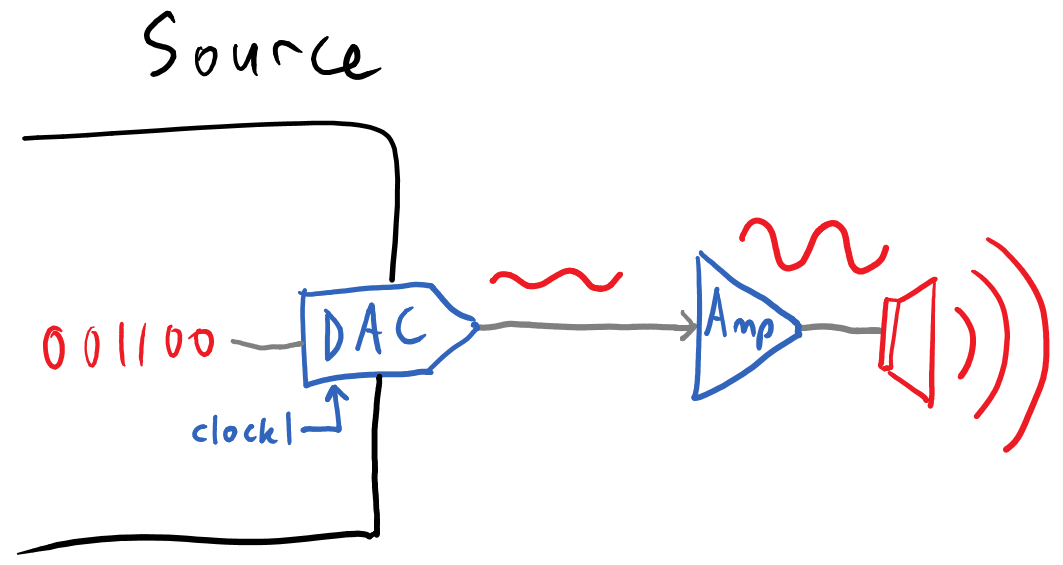 the music is stored digitally in your computer. it gets converted to analog audio by the digital-to-analog converter (DAC) which is in your soundcard (or external). the analog audio is embiggened by the amplifier, which then pushes your speakers.

When you stick a DSP in the middle, the picture looks a bit more stupid.

as before, the music is stored digitally, and is converted into analog audio by the DAC. but the DSP only understands digital audio, so you need an analog-to-digital converter (ADC) to convert the analog signal back into digital. and after the DSP has done its work, you need another DAC to go back to analog. this is not good because every converter degrades the audio signal. why can't we remove the first DAC and ADC, and send digital audio directly into the DSP?

while journeying through the intertubes, i found a potential solution - the CP2114 by Silicon Labs. it is a 'USB-to-I2S Digital Audio Bridge', i.e. a chip which connects to your computer's USB port, and speaks a digital audio protocol (I2S) which the DSP understands. how does this solve the 'different clocks' problem?

the CP2114 is an 'asynchronous' USB audio device. this means a few things:

in this scheme, it doesn't matter that the source and DSP don't share the same clock. the source is forced to resample and transmit the data at 48kHz, and if its clock doesn't match up exactly with the CP2114's clock, the CP2114 can tell it to slow down or speed up. 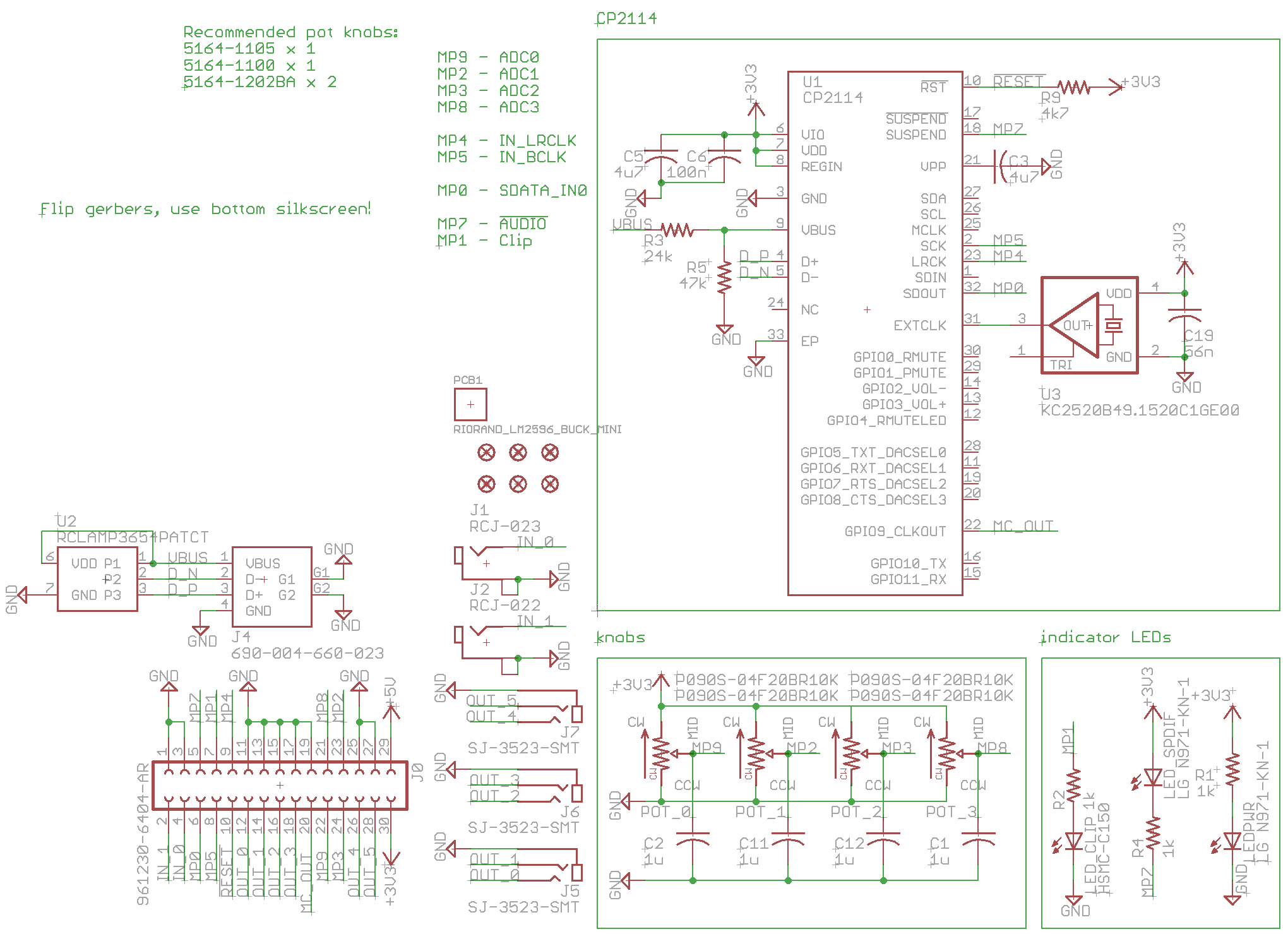 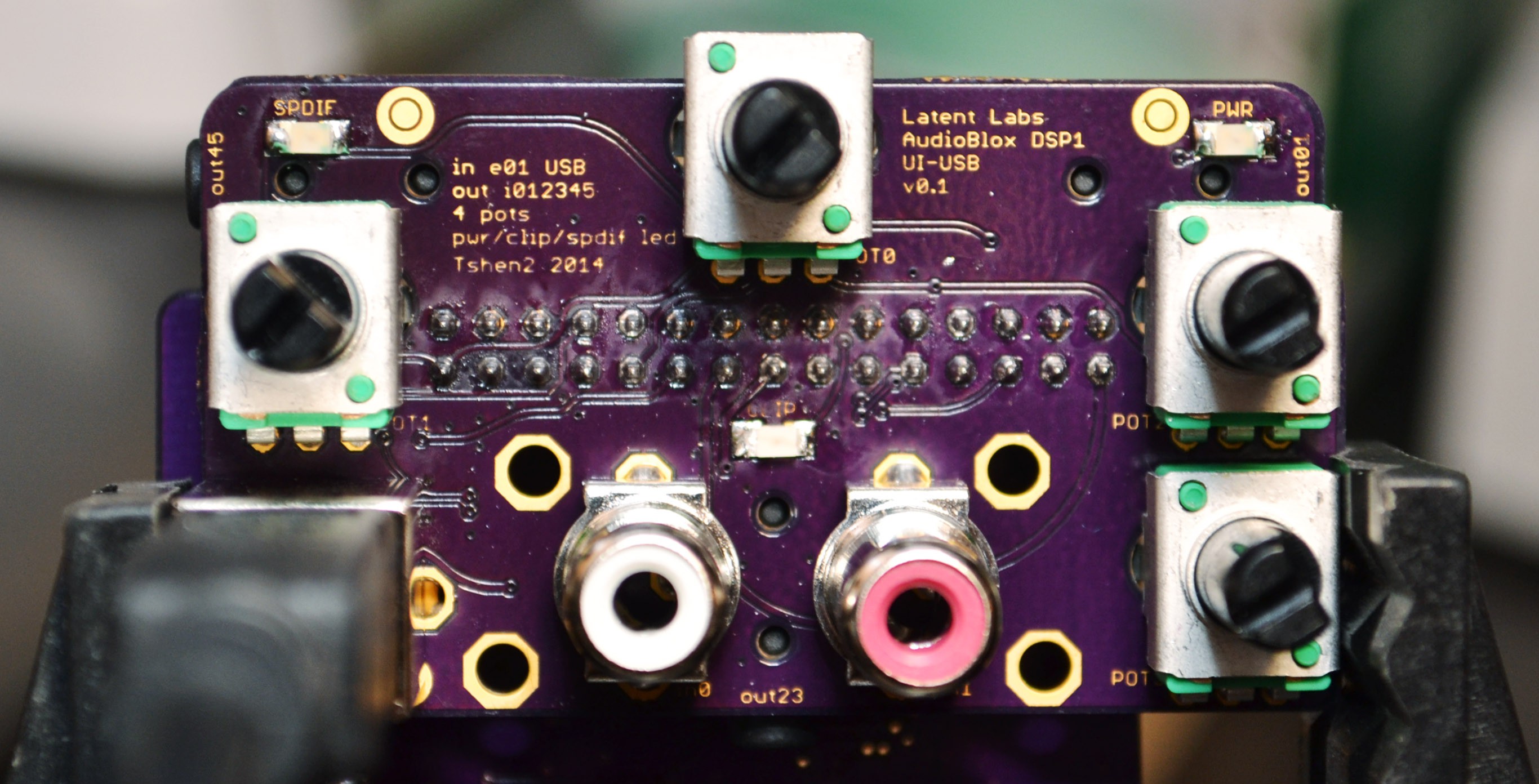 [USB connector is in the bottom left.] 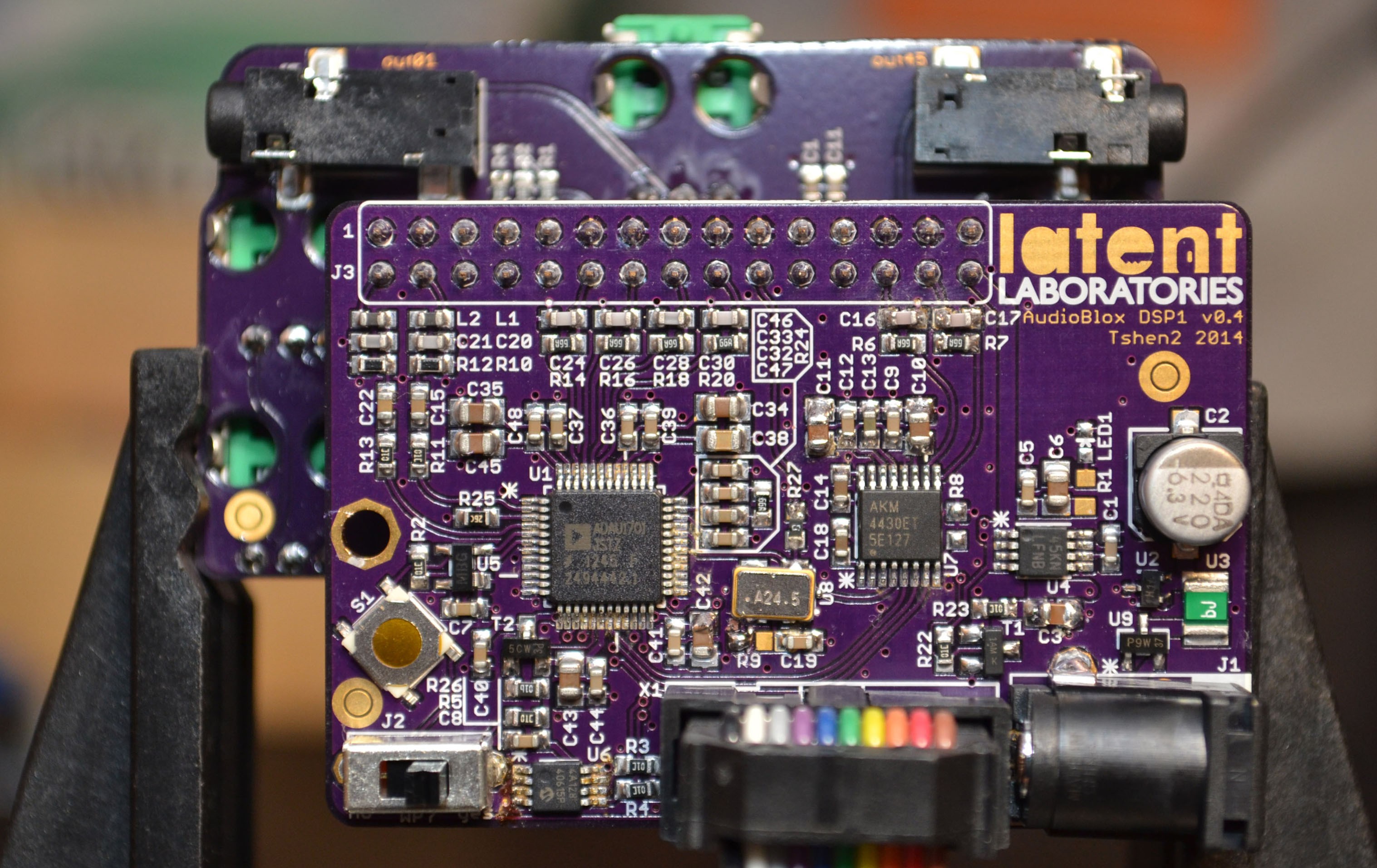 does it work? nope.

so i redesigned the board, this time with an external clock divider (using a D-flipflop): 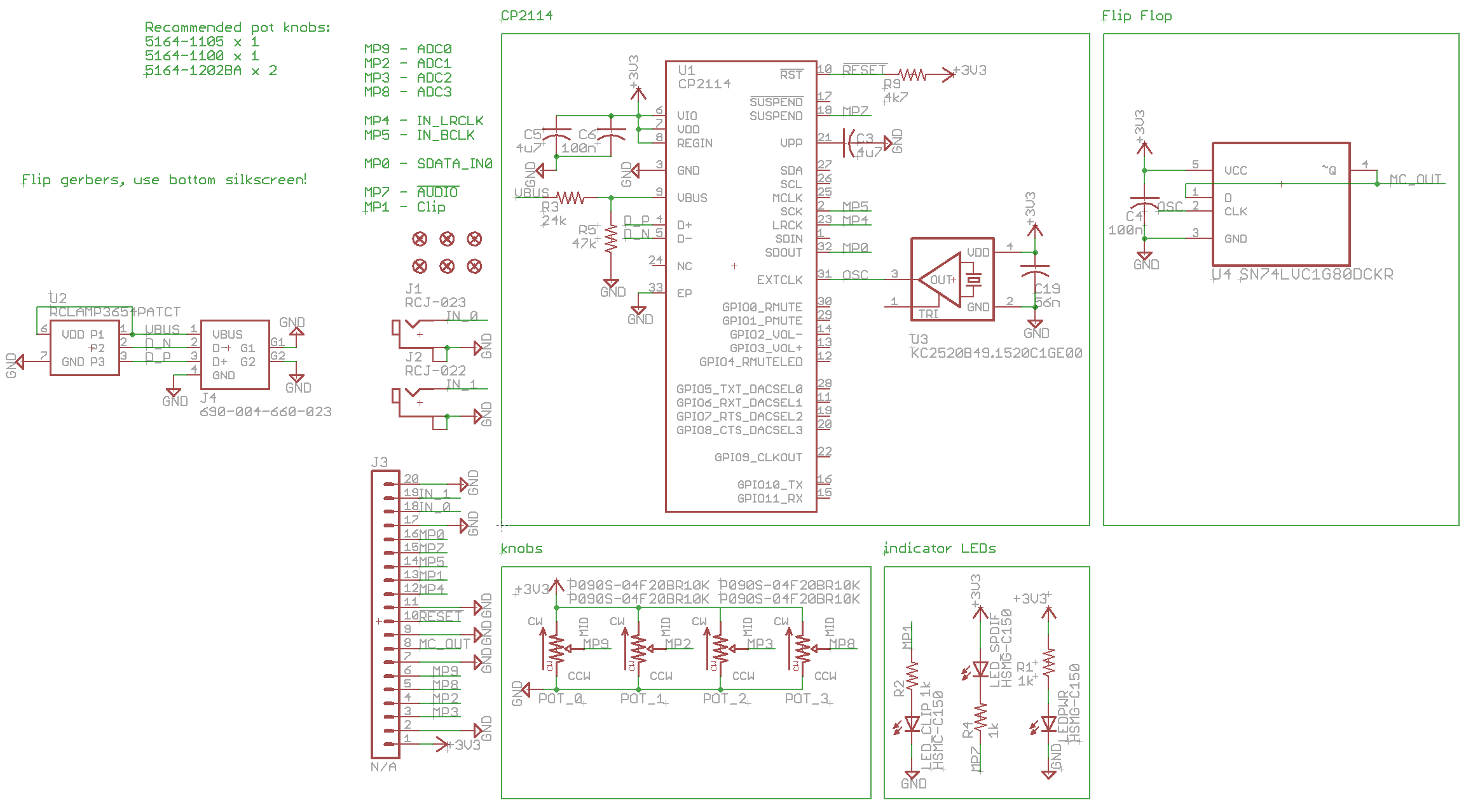 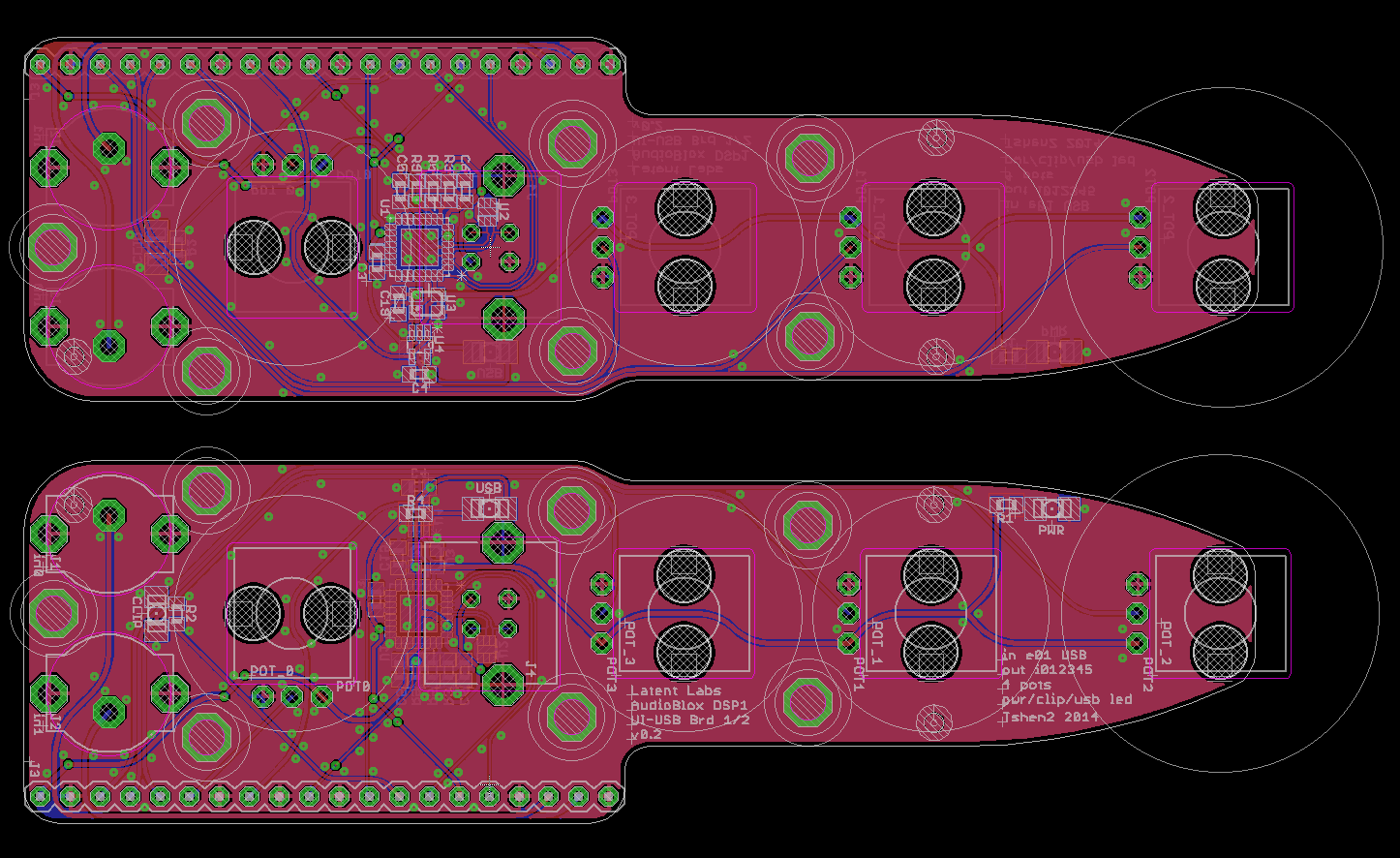 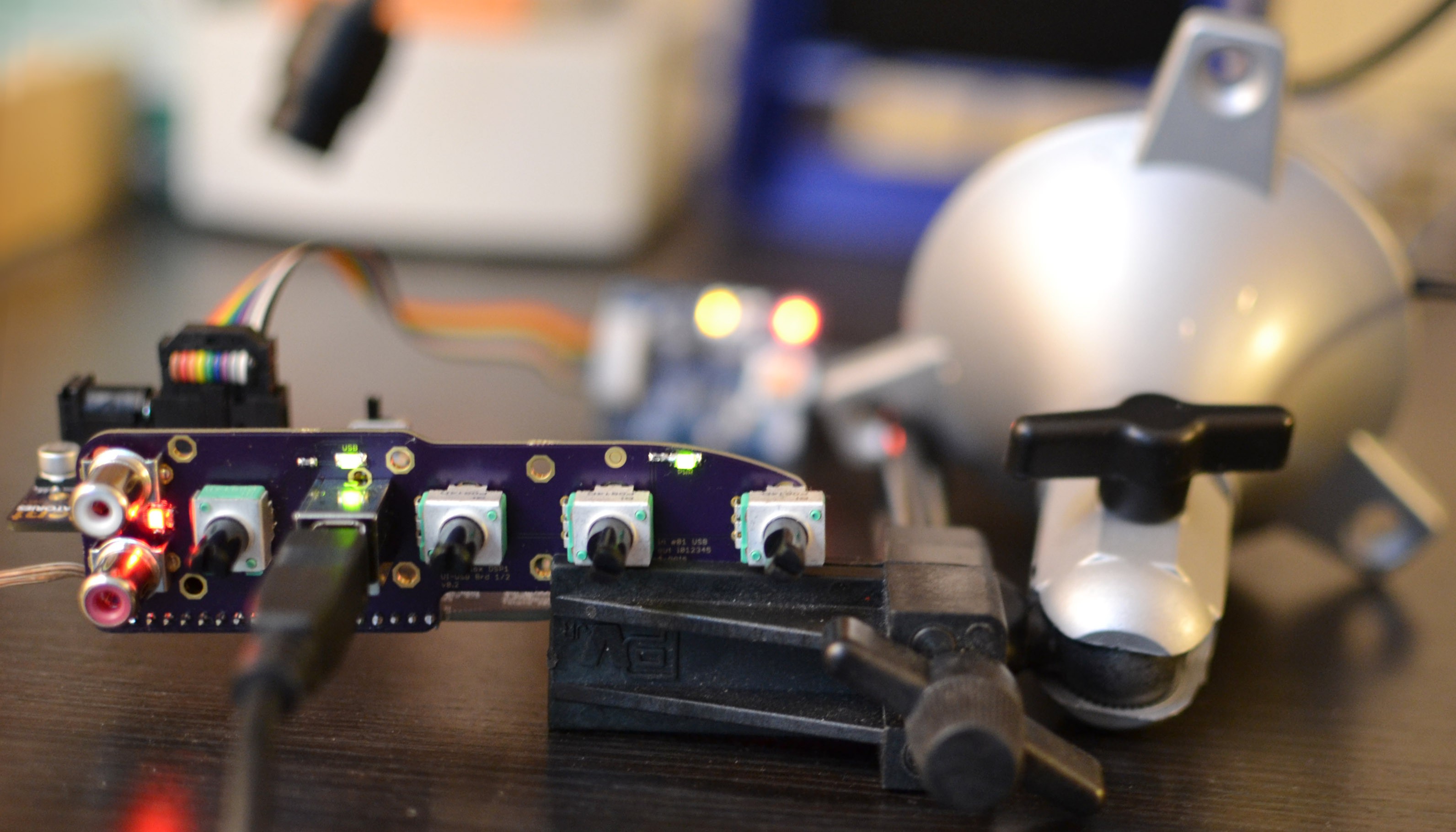 does it work now? still nope.

as i've mentioned, the CP2114 is supposed to be a 'USB-to-I2S Digital Audio Bridge'. the DSP 01 accepts digital audio input through an I2S bus, so I assumed they'd be able to talk to each other. the thing is.. the CP2114 does I2S wrong.

here is a screenshot from the I2S spec: 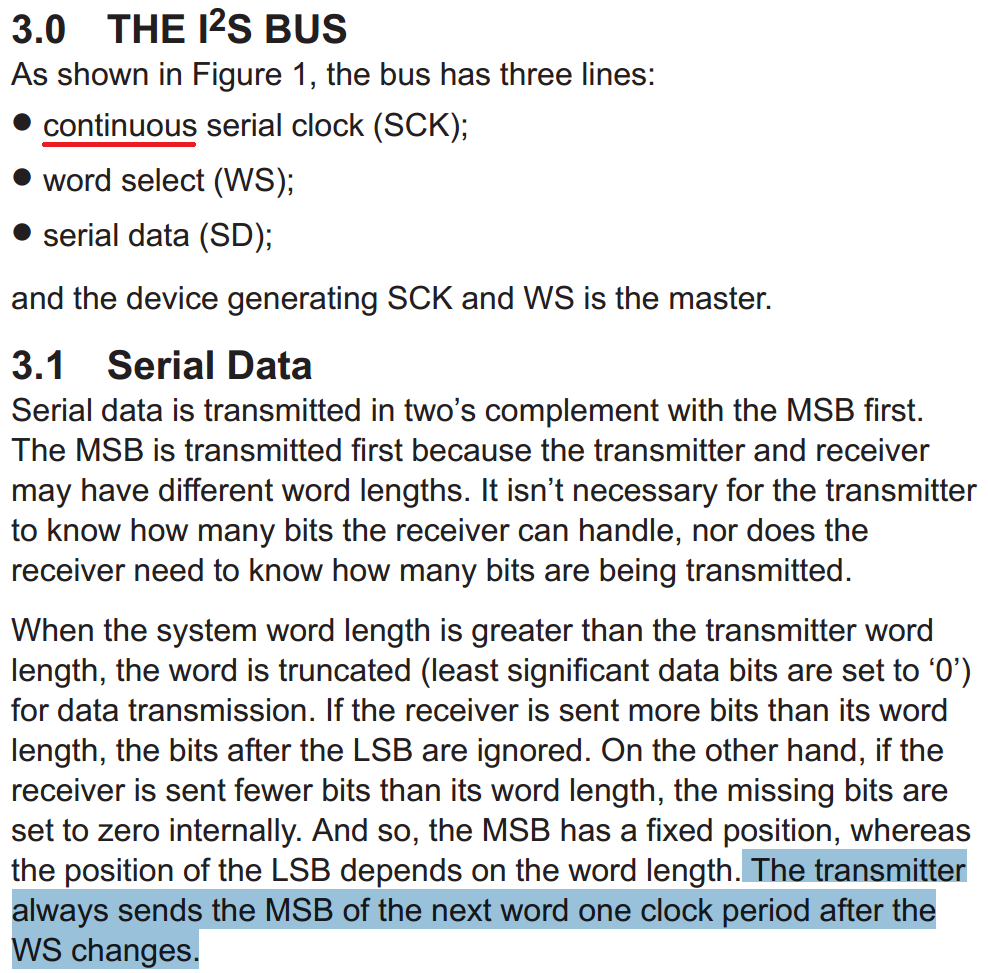 now, let's compare this to actual SCK and WS signals from the CP2114. 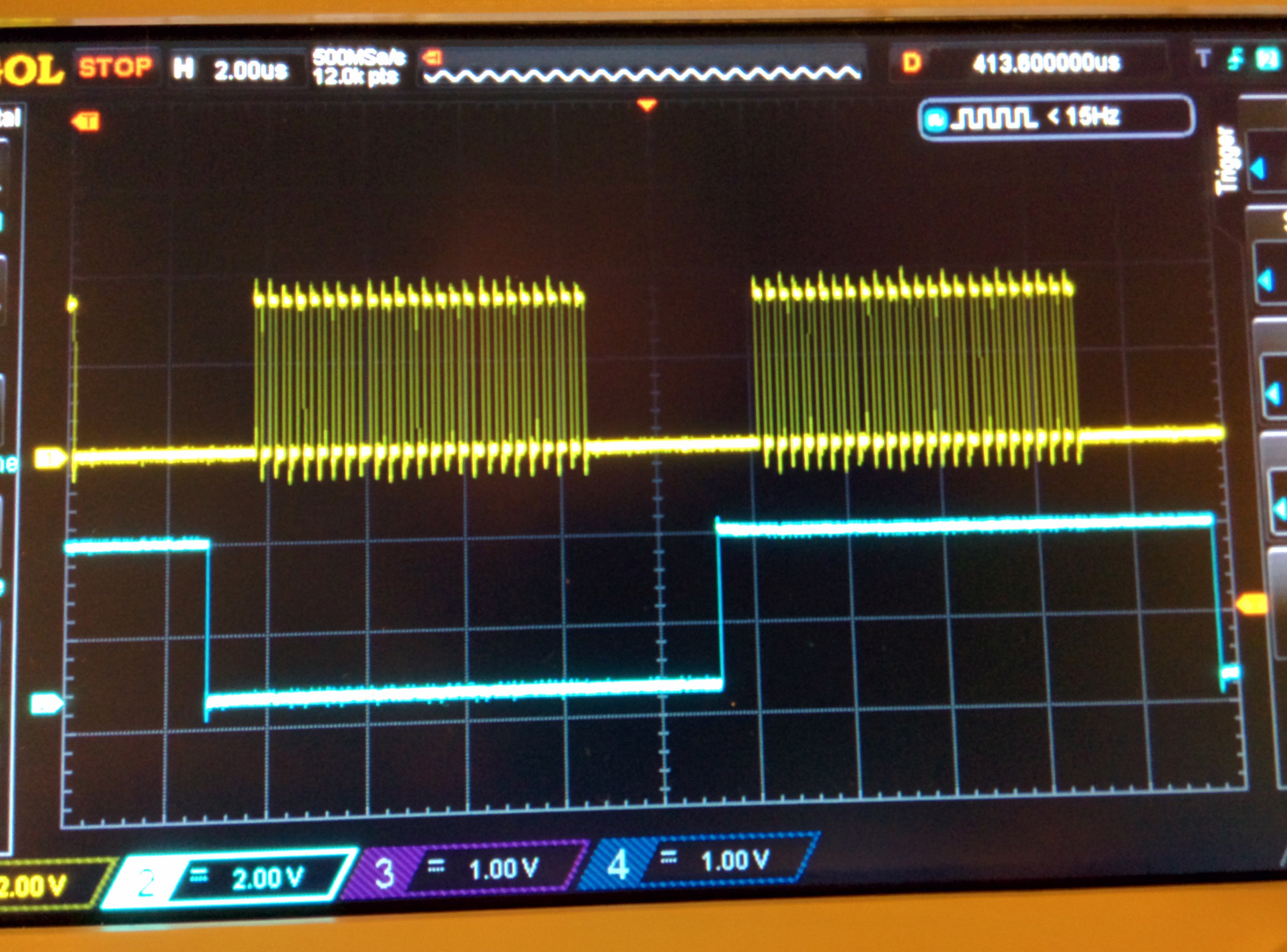 the CP2114 fails on both listed criteria:

rest assured that i have used the CP2114 correctly, and tried every conceivable setting which might get it to work.

i contacted Silicon Labs about this obvious deviation from the I2S spec, and got this reply:

"It is possible that the device you are using has requirements outside the I2S specification, you would need to ask the manufactures (sic) of that device if this is the case. It's also possible that this has nothing to do with that delay, but from the scope shots you sent there are no obvious issues."

this is after they'd linked me to the same I2S specification which i used to debug the problem!

so, i presume they are aware of the problem, but are unable or unwilling to fess up to it, or do anything about it for the time being.

either way, it doesn't really matter. unless big changes are made, the CP2114 is dead to me.

UPDATE: Silicon Labs got back to me! this is what they said:

"The CP2114 actually implements I2S with a SPI, some firmware, and a few other things. Because of that you get some artifacts like this. Unfortunately the (sic) are limitations of the hardware and I don't see a way to work around them in the device firmware. I will run it by the the firmware guys just to be sure."

either way, i still can't use the CP2114. it seems like an easy fix in hardware - add a bit of logic to buffer the serial data, and output it synchronously during the next sample clock. you'd get a one-sample delay but who cares. of course, you can't do that in firmware..

next update: i use resampled SPDIF to get a working digital input!