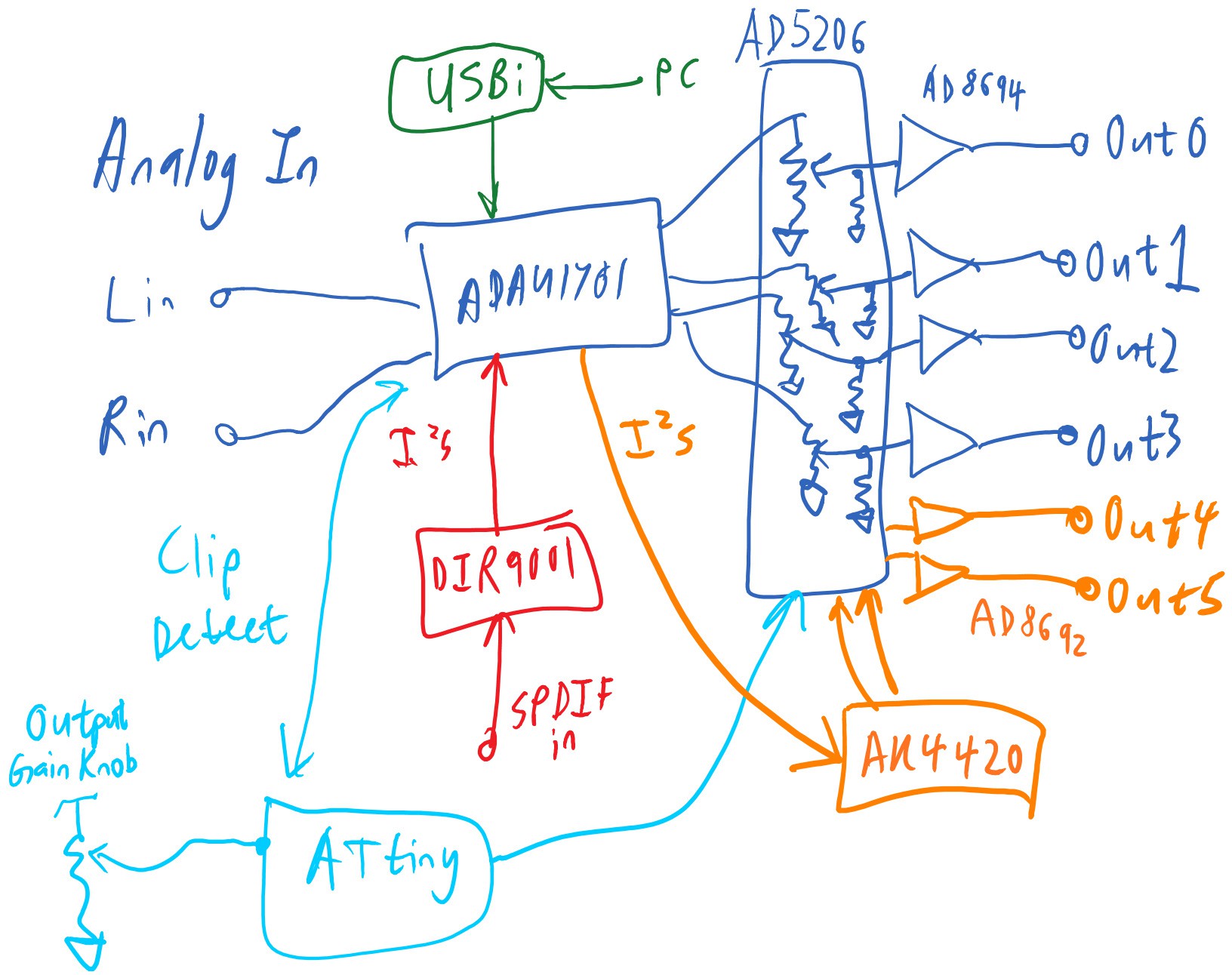 here are the goals i set for the DSP:

coming from a place of analog skepticism, i expected it to sound awful. i planned to use digipots on the outputs to do volume control in analog, and avoid digital attenuation. i threw in a microcontroller (ATtiny) for clip-detect and to adjust the digipots. i added output amplifiers.

then i actually listened to the evaluation board and it sounded fine. the digipots and output amplifiers were completely extraneous. clip-detect could be built into the DSP itself - i could leave out the microcontroller too. this led to a much simplified version 2: after more listening, i decided the SPDIF input was also extraneous. i would include the hooks to add it later. it could live on the modular user interface, and connect through a header.

these changes led to version 3: 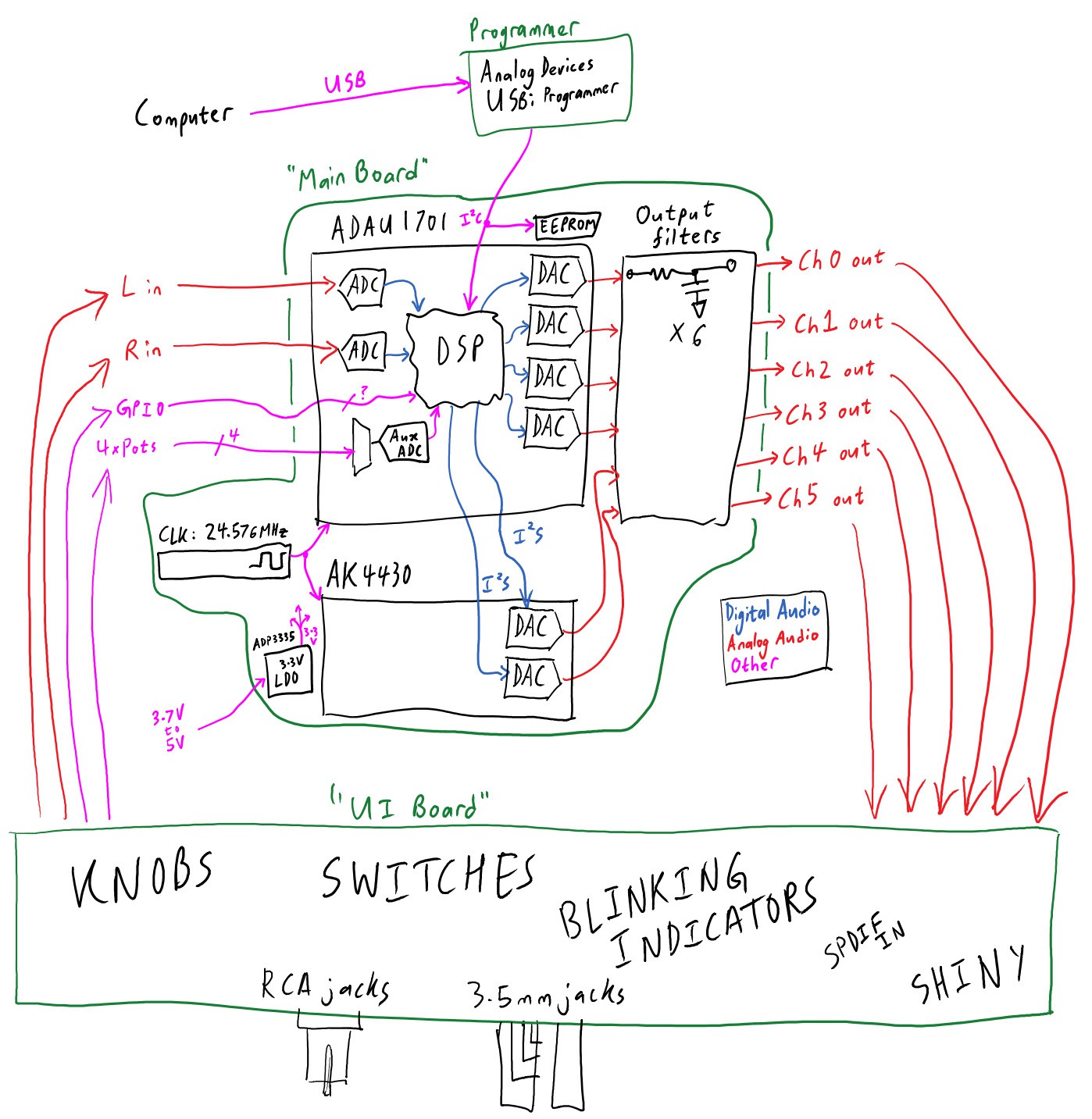 why a 24.576MHz clock? the AK4430 delivers maximum THD+N if your master clock is at least 512*(sample rate). at a 48kHz sample rate, that's a minimum clock of 24.576MHz. this relationship exists because the AK4430 uses a switch-cap output filter. like all switch-cap filters, its corner frequency is affected by the clock frequency.

looks like our worst-case current draw is about 200mA. what about power supply noise?

the ADP3335 LDO has excellent load regulation, 500mA maximum output current and a peak voltage noise of under 0.3 mVpp. it will do fine.

i'll also throw on a 30-pin header to connect the Main Board and the UI Board.

time to bang it out! 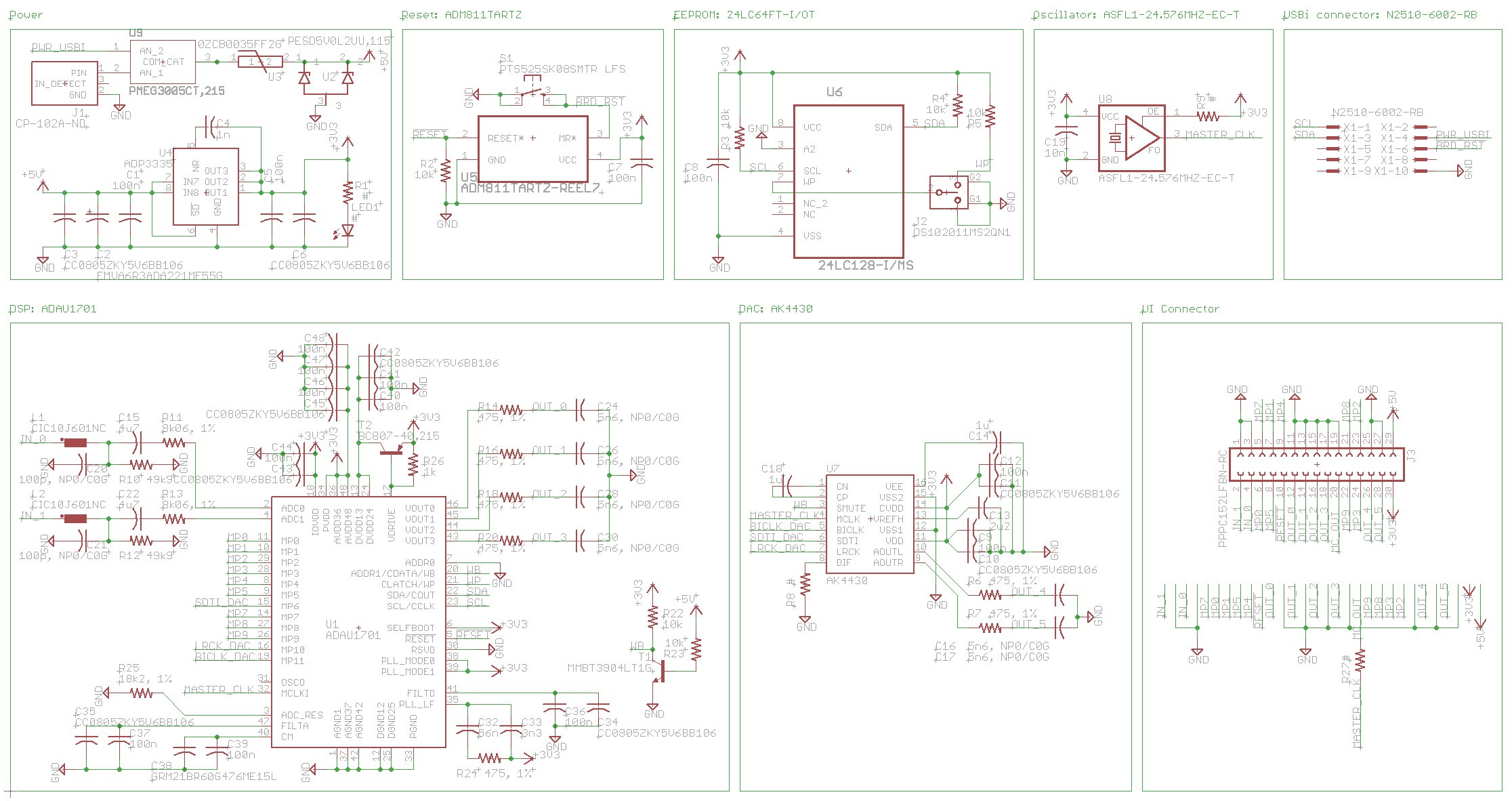 (a picture is worth a hundred hours) 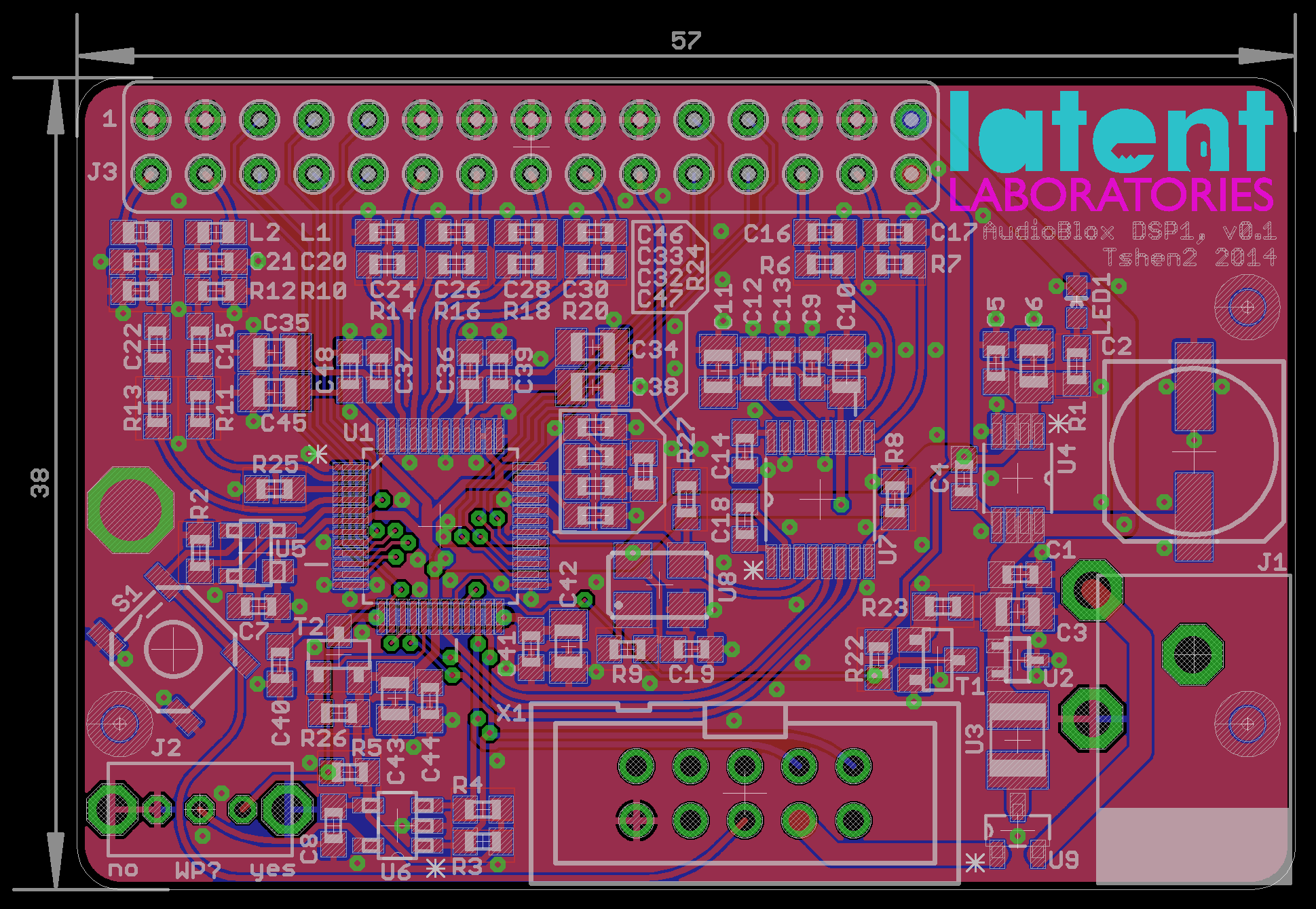 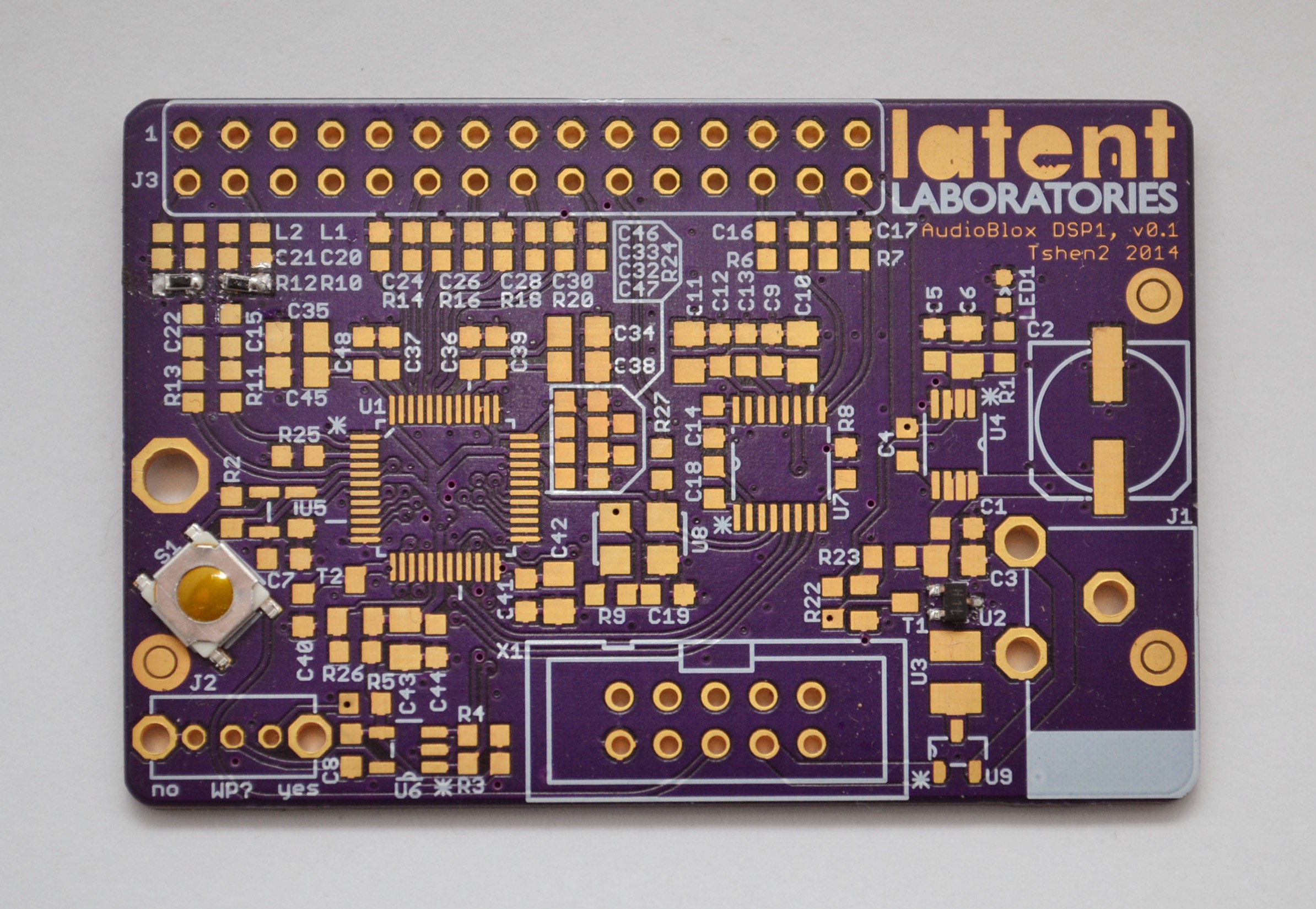 next update, i will describe the user interface and lasercut chassis.

part 1: from analog to digital