the single biggest difference between 'hacky' and 'solid' audio gear is the box it comes in.

if it's performing for you, or you're performing with it, it won't give up, turncoat and die.

it is a real pity that most hackers half-ass their boxes. above is my own attempt, in 2013, to turn a cigar box into an electronics chassis. there's no symphony to the position of anything. it's hacked together in all senses of the word.

the inside is worse. 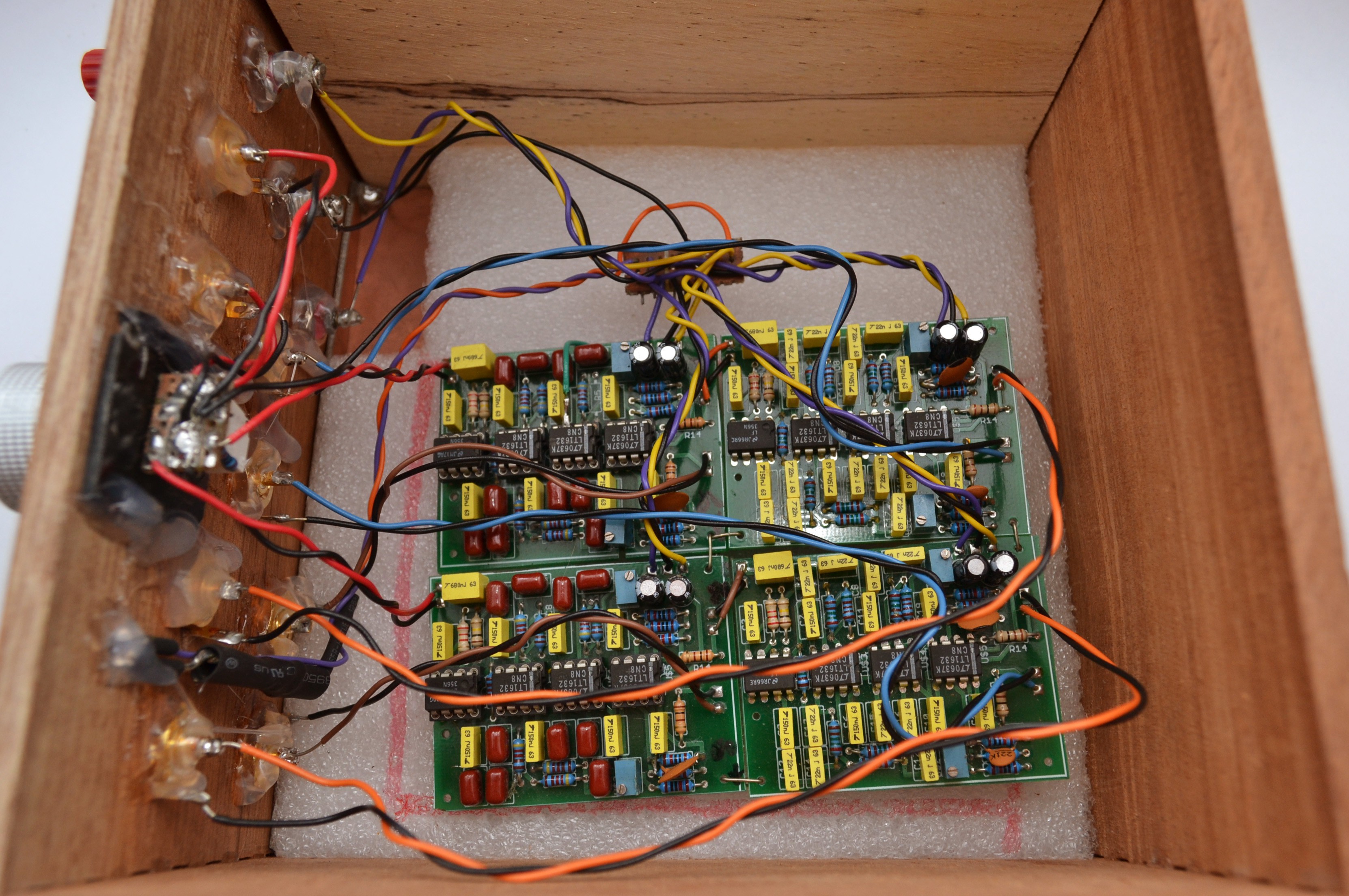 (analog signal processor, inside view, circa 2013)

are the circuit boards anchored by the tension of the wires? yes.

are the jacks Loctite-ed with hot glue? yes.

is the volume pot protoboarded and bolted to scrap plastic? yes.

is every input and output tight-roped on unshielded wires? yes.

this isn't even all. there were two stereo amplifiers and three separate power supplies, all with their own hacked-up boxes, and cables strung in between.

it even took ages to hand-cobble this disaster. i'd completely overlooked mechanicals during the design phase. here was the result. never again.

DSP 01 would be a singular, hyper-integrated thing. i would nestle the user interface, DSP core and quad-channel amplifier board into a single box. one 24V power supply would power the amplifiers as well as the DSP, through a 5V buck regulator. 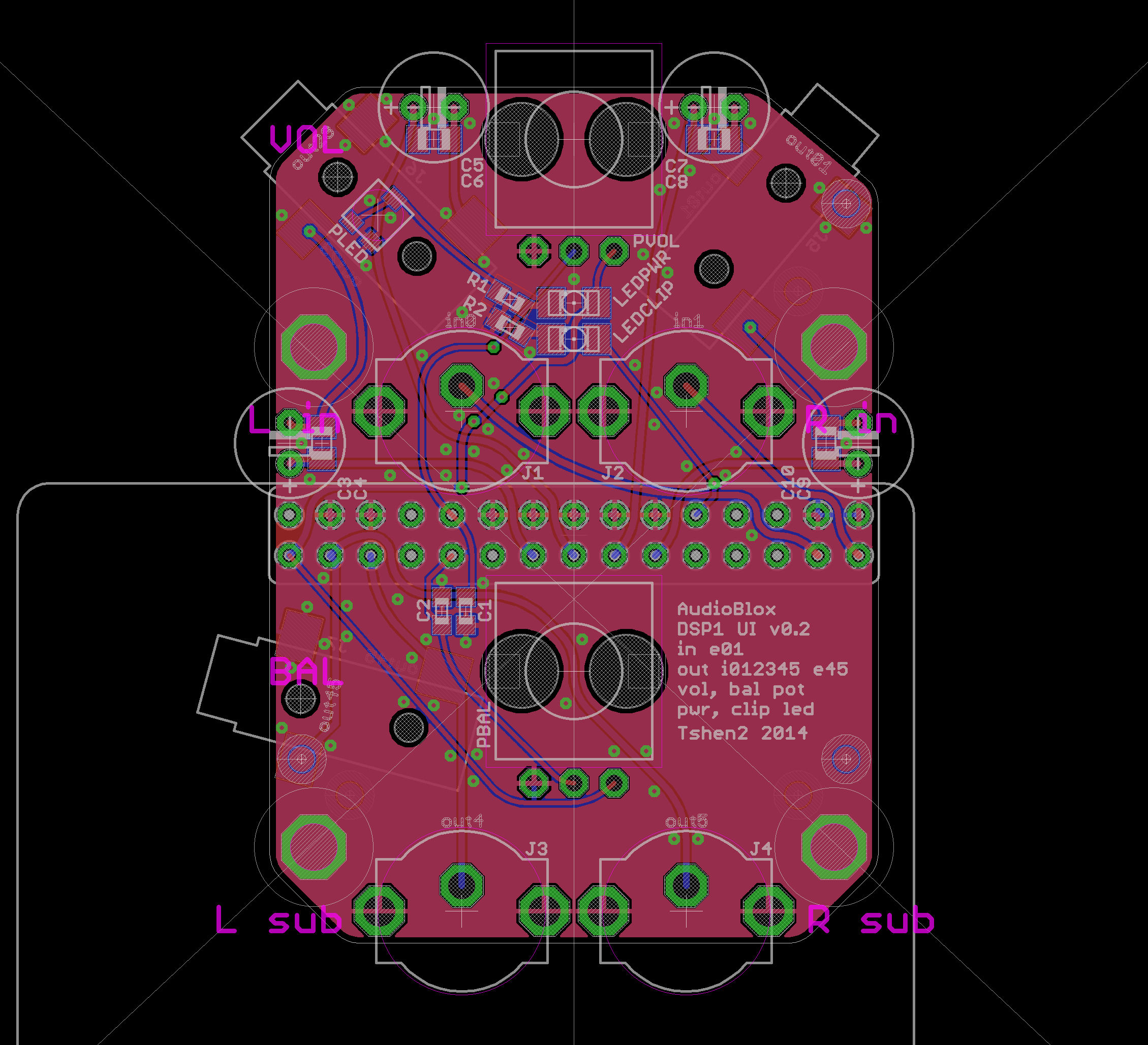 the UI board plugs directly into the main DSP board, giving it RCA inputs, RCA/3.5mm outputs, two adjustment pots and indicator lights. i added a tiny knob to dim the power light. i lasercut holes in the front panel with my mechanical Eagle CAD technique, to exactly fit the pots and RCA jacks. the amplifier's heat sink would orient vertically to maximize passive cooling. then i went to lasers. 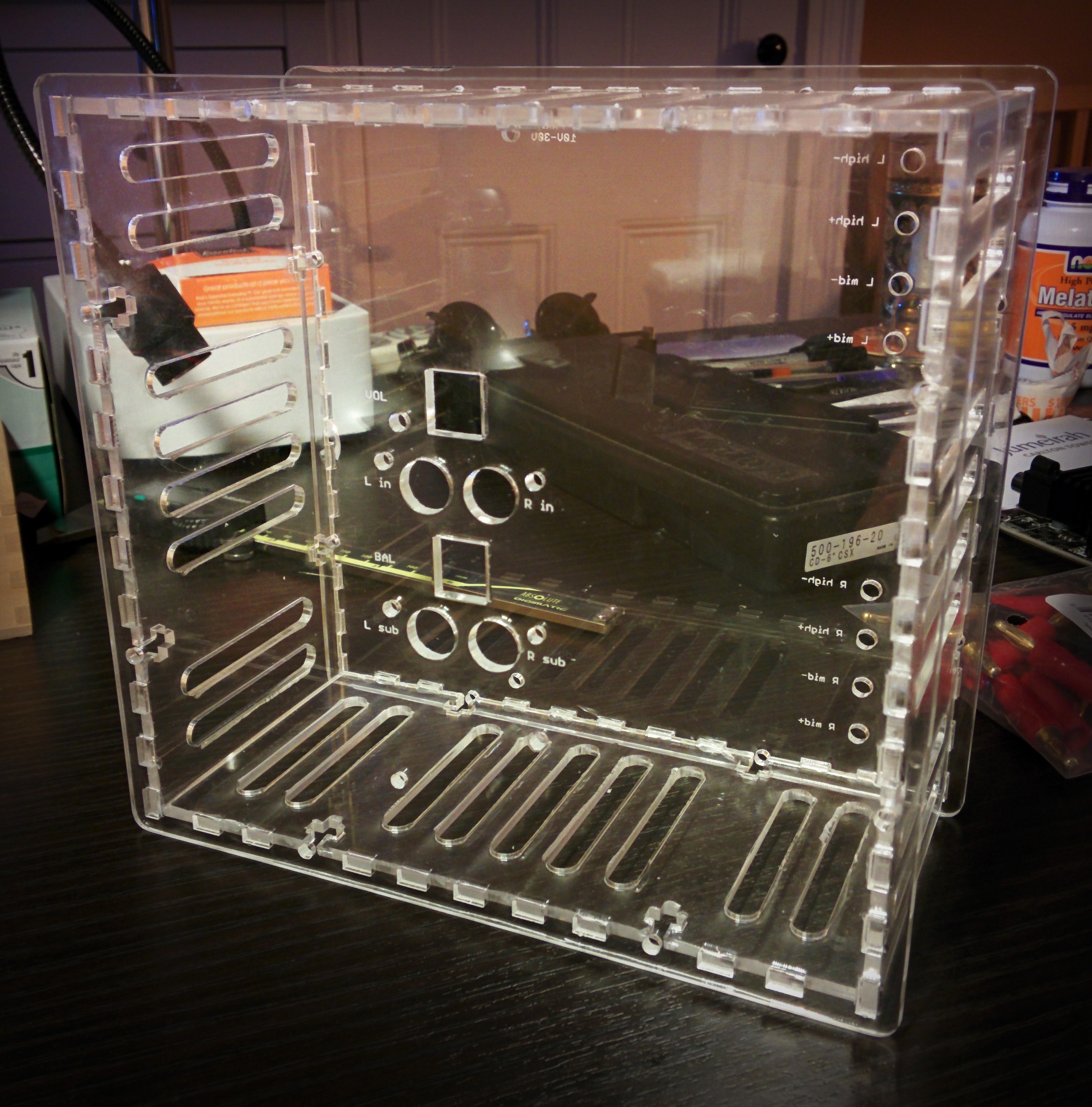 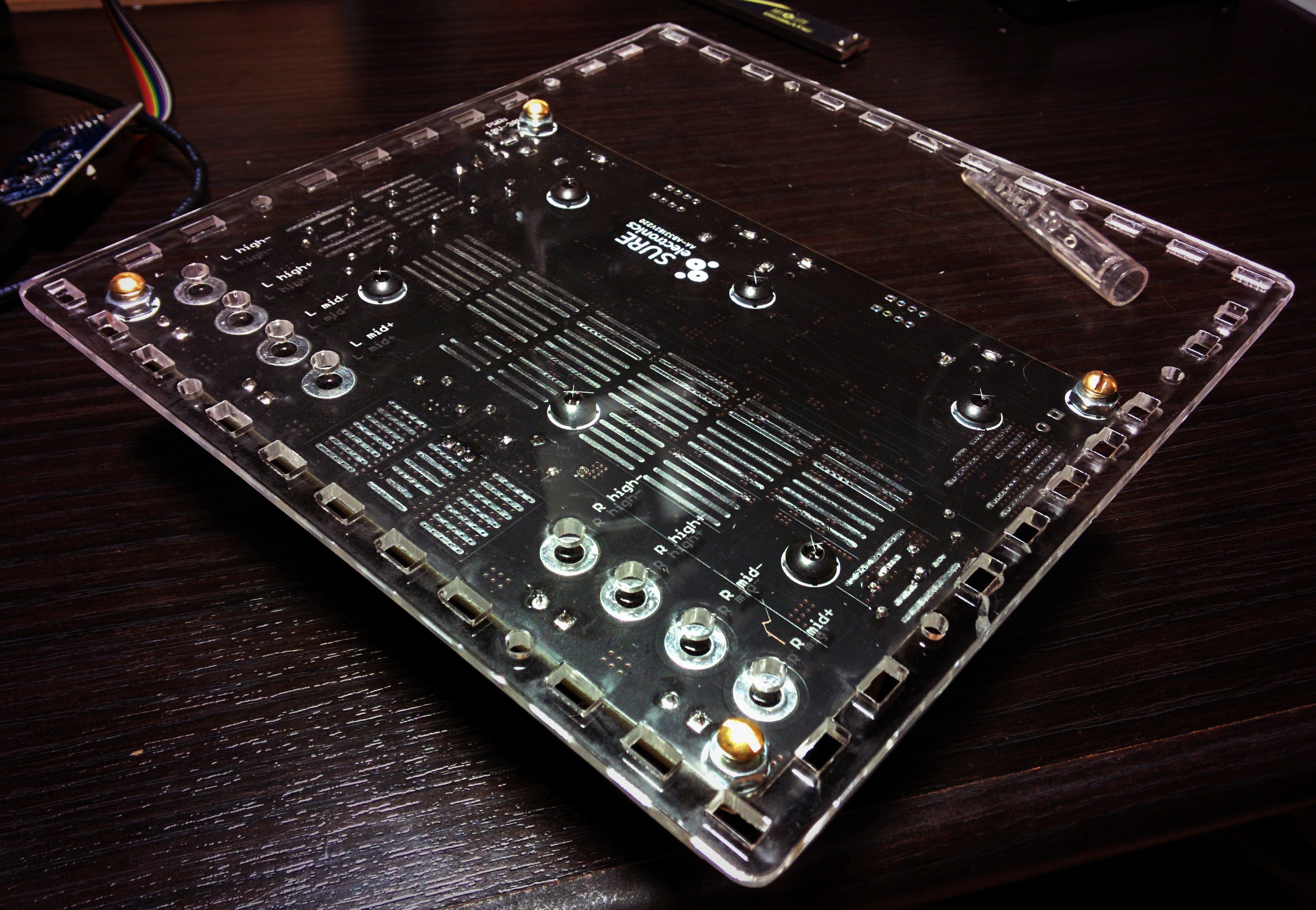 (those screws are too high. i'll have to cut holes around them.) 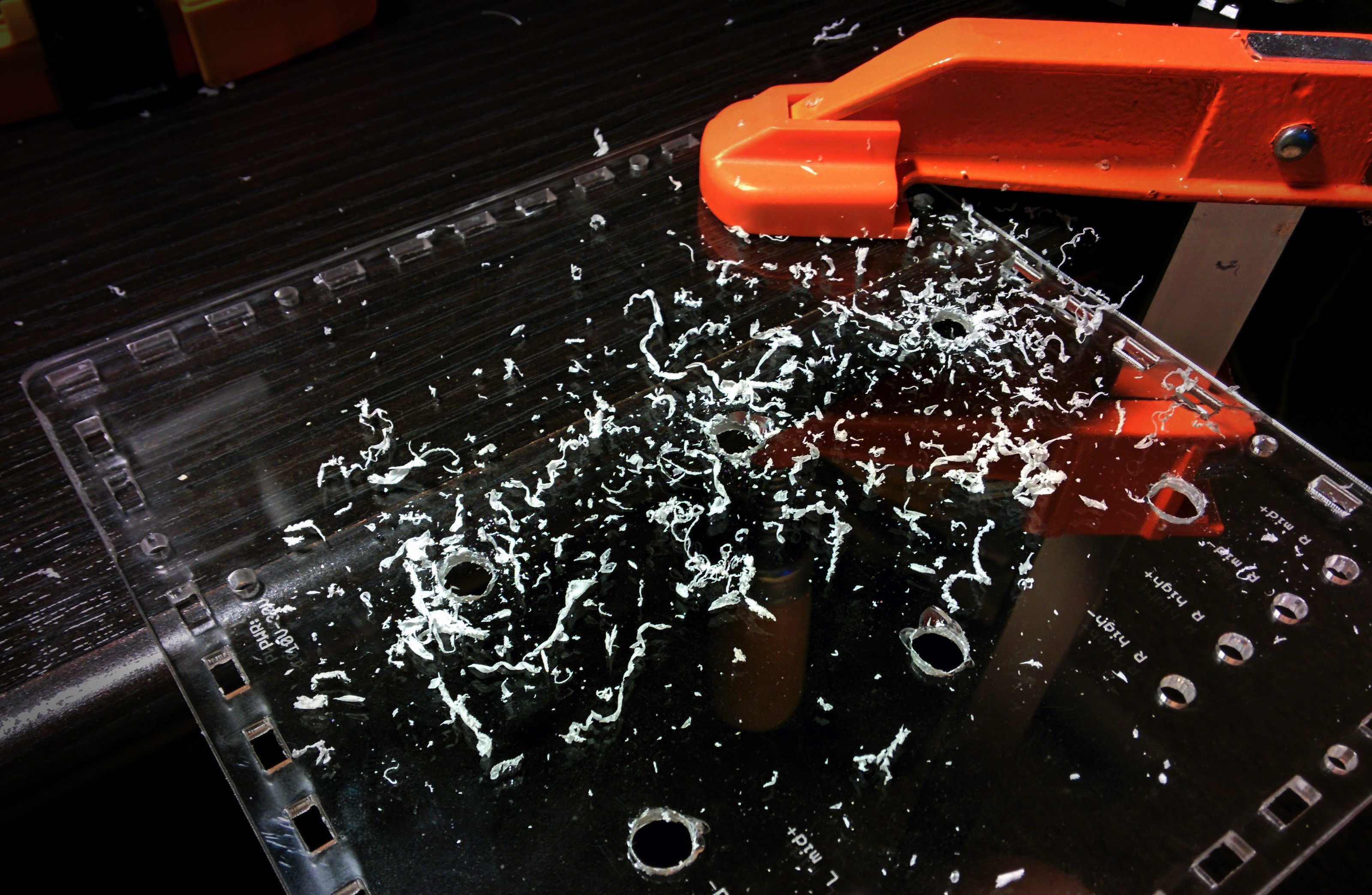 (all precision projects must ebb to barbarism.) 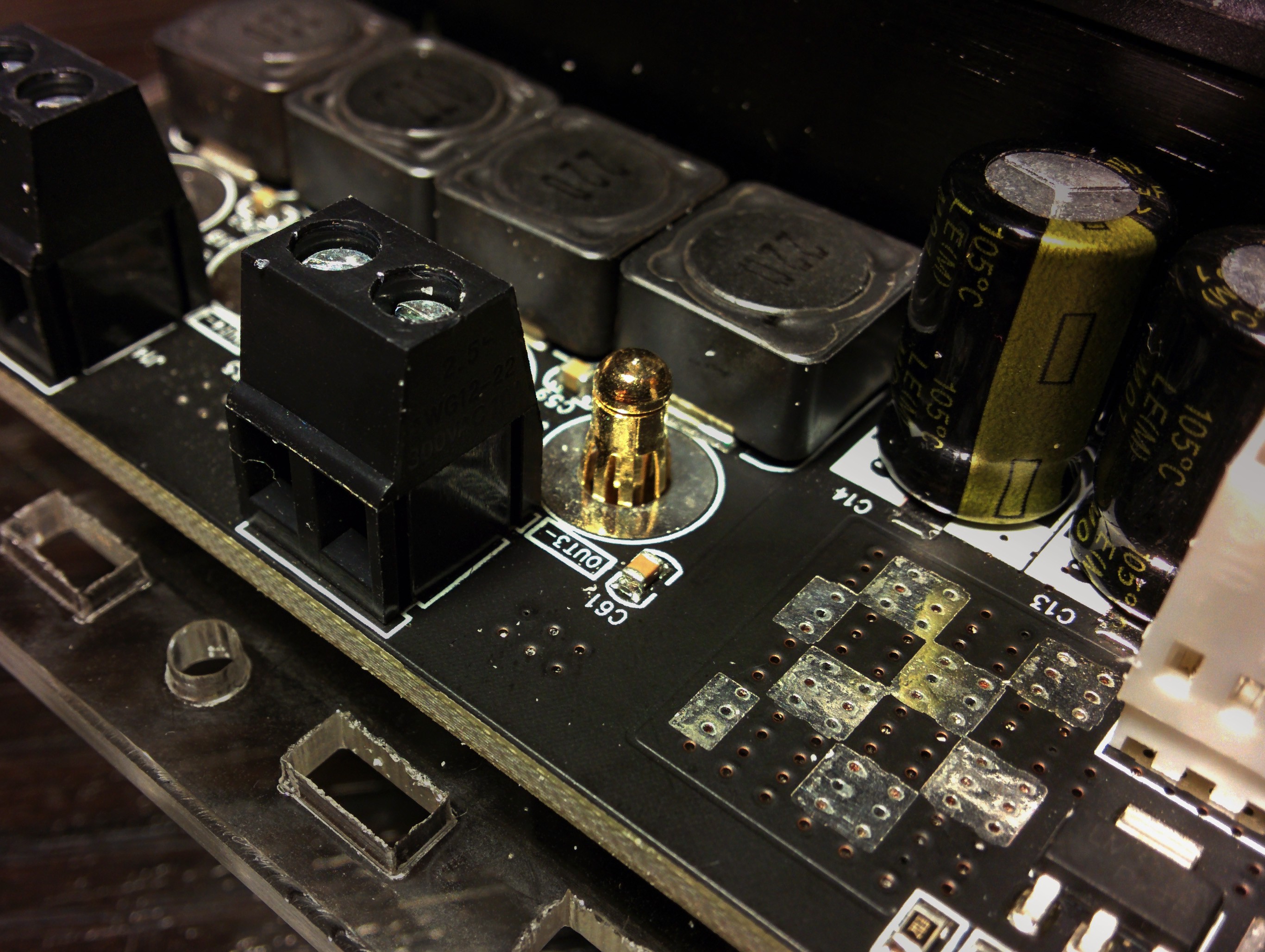 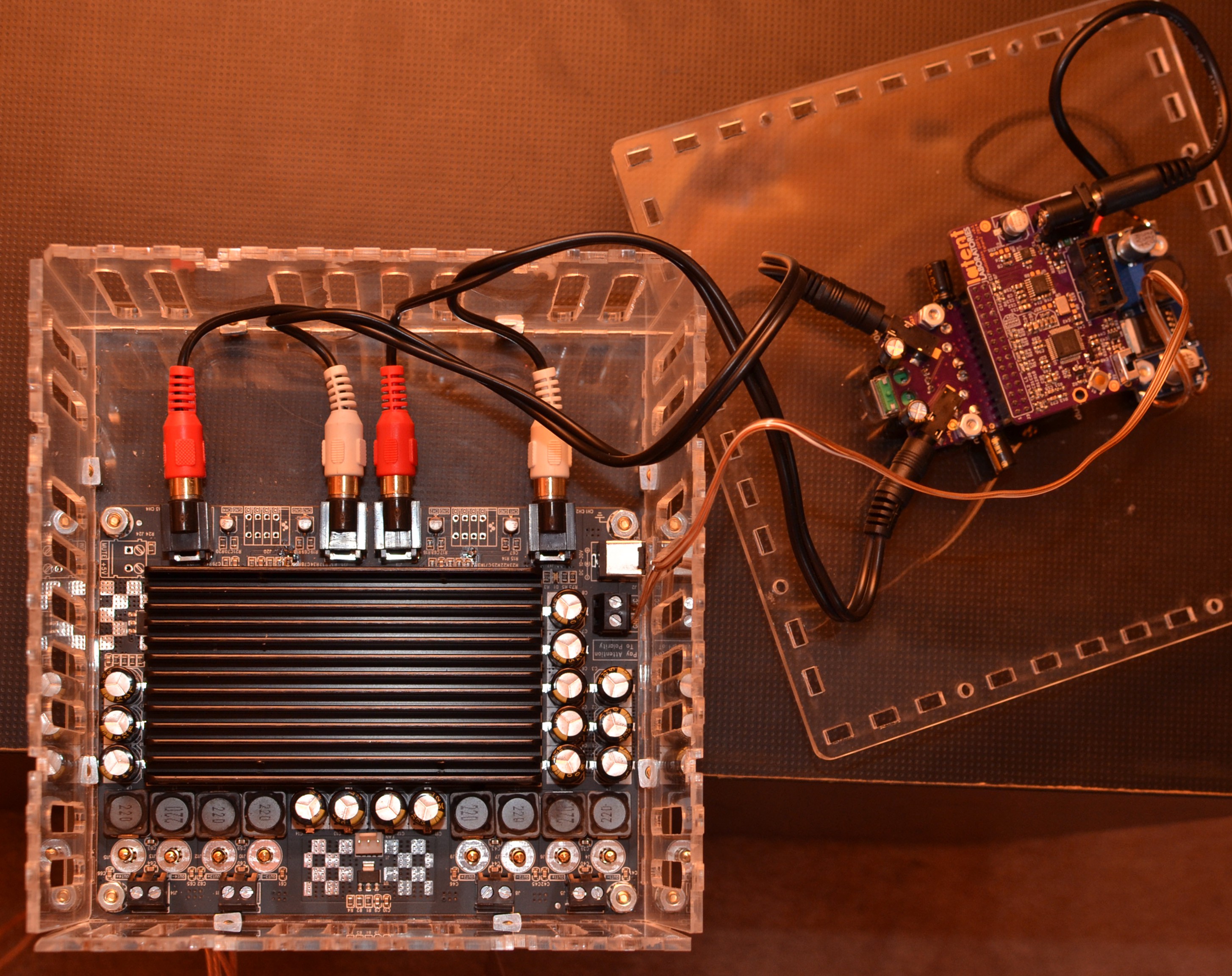 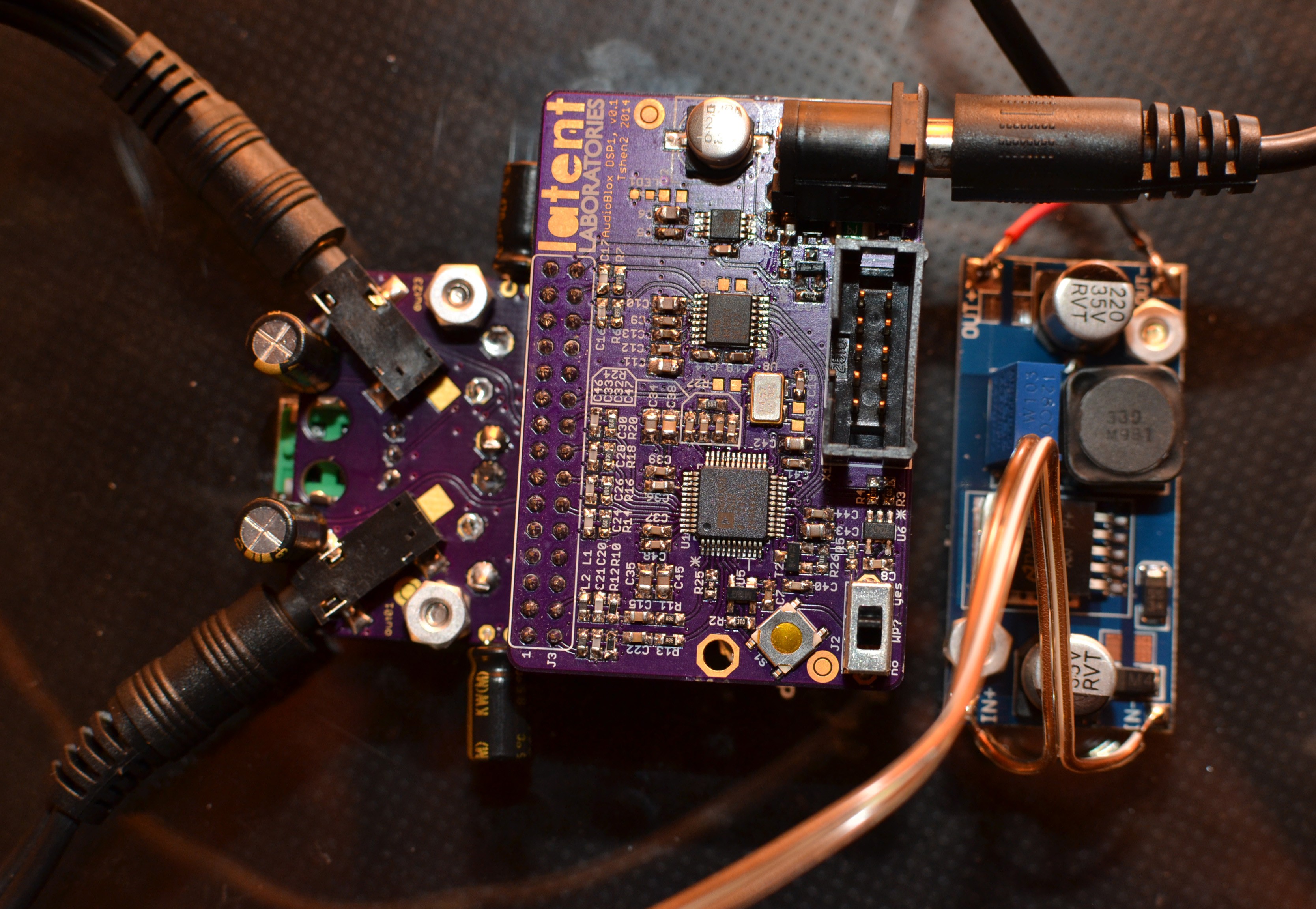 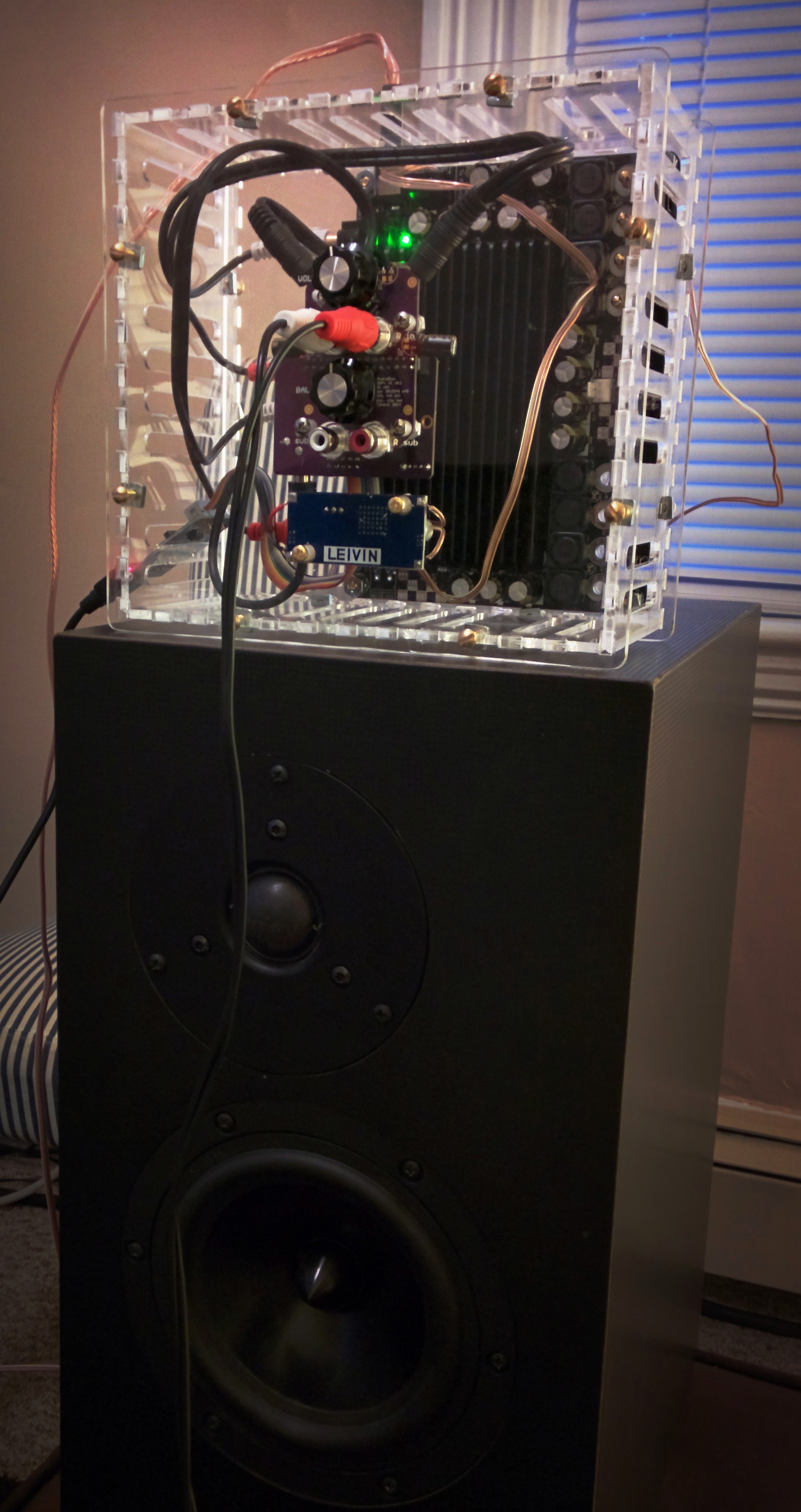 next update, i will describe my acoustic measurements and DSP programming.