This project will entail finish rebuilding the RepStrap, and the design behind a 5 color extrusion method.

The more I piece together the mental image and try to figure out how certain things work I realize how much I have to abandon. So, I am settling and testing a one plastic system where you introduce color with pigments. I am starting out with newer liquid thermoplastic pigmentation technologies.

One of the main problems that I am trying to solve in this project is a suitable mixing chamber. I have tried some techniques that I have seen work "in theory", but during recent testing with has brought to light a few points. First these had a design that the same volumes and metrics of fluids would be introduced continuously, and two all fluids in solution were either the same or perfectly accounted for. Since I knew that the viscosity was going to be different and that any pigmentation was going to be extremely strong I just wanted to test a large scale mixing platform. I used a nozzle that came with a inserted helical structure that broke and reversed directions frequently.

I began by picking up food coloring because it had close to the proper viscosity and it worked as a proper pigmentation. I then tried to emulate a close approximation of melted plastic with powder and water (I needed something that could emulate this for a little bit of time). I then proceeded to load up a syringe and the mixing chamber with uncolored semi solid and put dyes on top and in the mixing chamber.

I noticed two significant problems. Firstly, the dyes pushed to the top of the mixing chamber separating out from the other viscous fluid and leaked out. This might attributable to how the system wasn't properly sealed and the dye and fluid had some place to go other than through the system. The other thing that has shown up even when I inject the dye into the mixing chamber to prevent back flow, this problem remains. The other thing is that when I push the fluids through the apparatus I get contamination from the dye and fluid clinging to the surface. From the point of dye insertion to the end of the mixing chamber where the fluid gets pushed out like an extruder it's contaminated. All the colors blend from levels that should be isolated from each other, and at every bend the length of the contamination increased by 1/3 of its previous length.. Subsequent mixture would then pick this dye up and be contaminated. 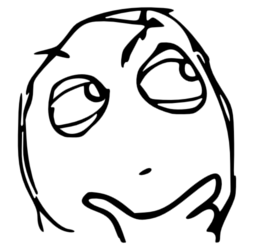 I need a new mixing chamber that will mix in proper amount, maintain the plastic in a fluid state to mix properly, push to the extruder, push all of the mixture out without leaving significant contamination, do it in a timely fashion, and rinse and repeat. I have a few test models I need to build. I just need to figure out how to build them with tight enough tolerances to make this work. I already have located possible usable pigmentation, but I need to finish the build. I will check in with any further failures or successes.