Get a more immersive experience with GestureWorks Gameplay by using built-in haptics and stick-on control elements.

With GestureWorks Gameplay, you can easily add touchscreen controls to almost any PC game on Windows 8. Not only is Gameplay about making games touchscreen-ready, it’s also about making PC gaming a more immersive experience. The Gameplay software is designed to be flexible and adaptable to gamer’s desires and needs, and is compatible with many existing devices to make your Virtual Controllers better than ever. 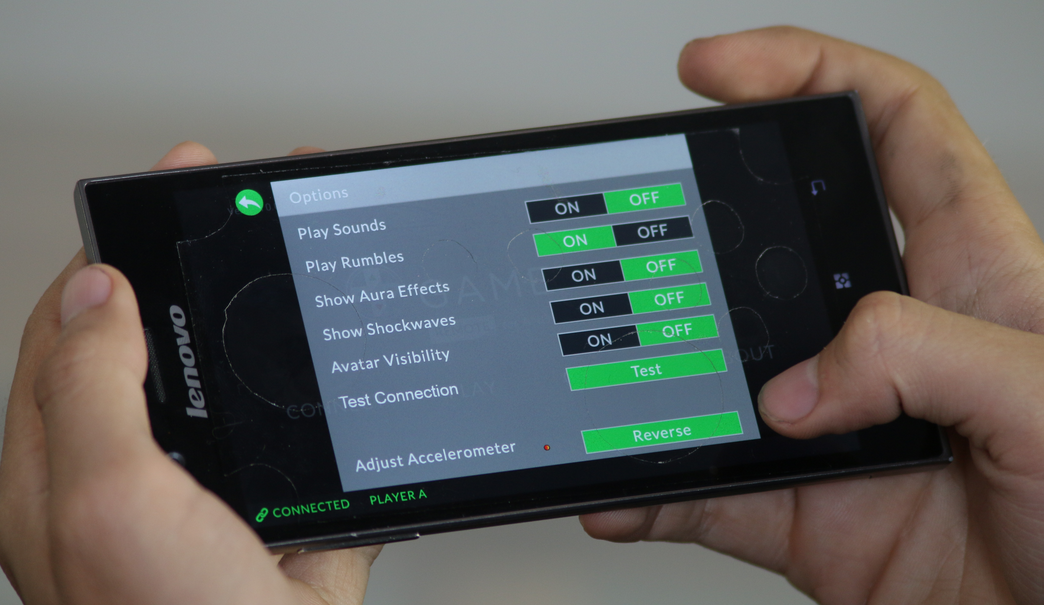 The first step to more exciting playing experiences is changing simple options within the Gameplay software. Many players using the Remote option to use their Android device as a separate controller may want more feedback than a touchscreen control normally provides. The GestureWorks Gameplay Remote for Android app has a section of options to make the remote more like a console controller. These options allow players to turn on controller sounds and rumble effects for games that support them. With these options enabled, the games can send physical feedback through the controller. Some people might not be used to the feeling of a controller where the buttons and joysticks are not raised, but for gamers who want something to touch, there are easy modifications to be made to Remote Android controllers as well as other on-screen controls. Using screen protector material, screen protector shapes can be added over an existing screen protector to create a slight raised surface where the controllers are. Usually this only involves cutting out a few simple circles and rectangles.

Another option is to create a negative space cutout, where the controls are cut out from a whole screen protector, creating slightly lowered surfaces where the controls are. These solutions are great for people using the same types of controller who want minimal visual interference - the extra screen protector is almost invisible on a bright screen. 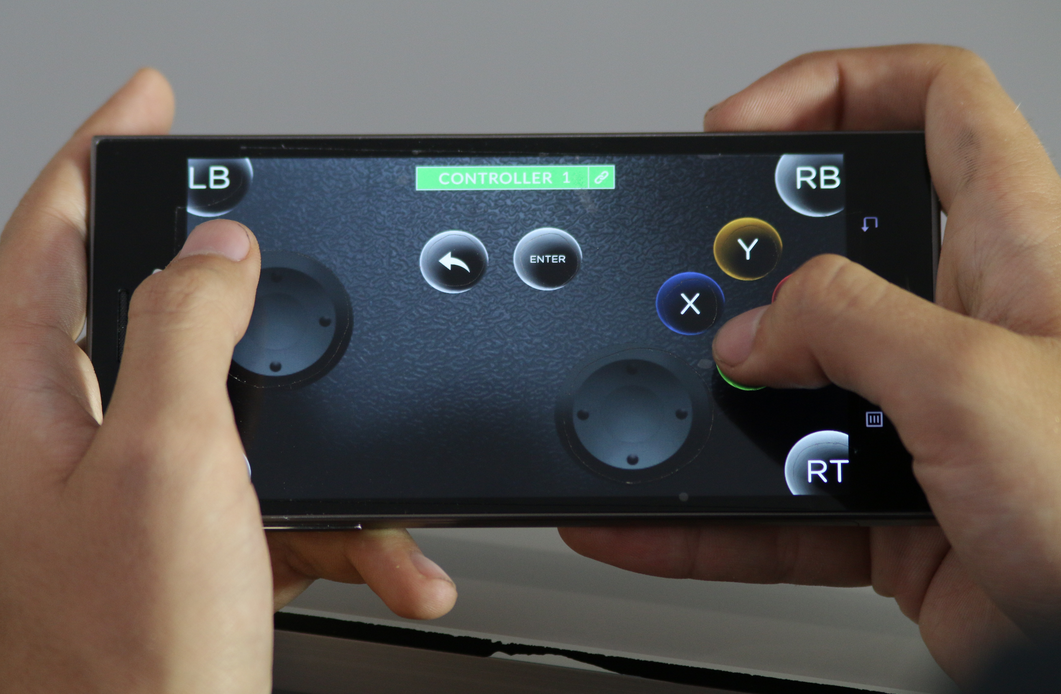 For those who don’t want to do their own arts and crafts, products like the Invisible Gamepad are available to make adding transparent controllers over your screen or screen protector a breeze. Like the cutouts approach, the invisible buttons won’t interfere with players’ normal phone use and they don’t need to remove them. They can just be left on until the next time players use Gameplay. 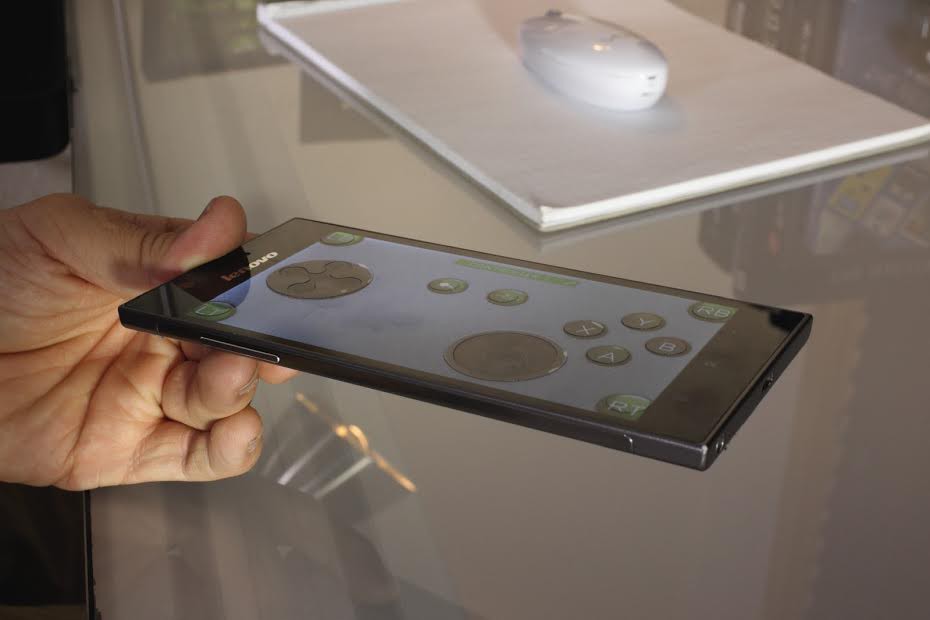 Gamers might want even more tactile feedback and options for reconfiguring their controllers that might not be available with screen protector clings. For these gamers, there are a variety of existing devices built just for providing raised, removable, and repositionable controller elements over touchscreen controls. Through the use of these inexpensive add-ons, players can turn their computer or tablet into an arcade-style machine or their Android into a fully functional console-style controller. 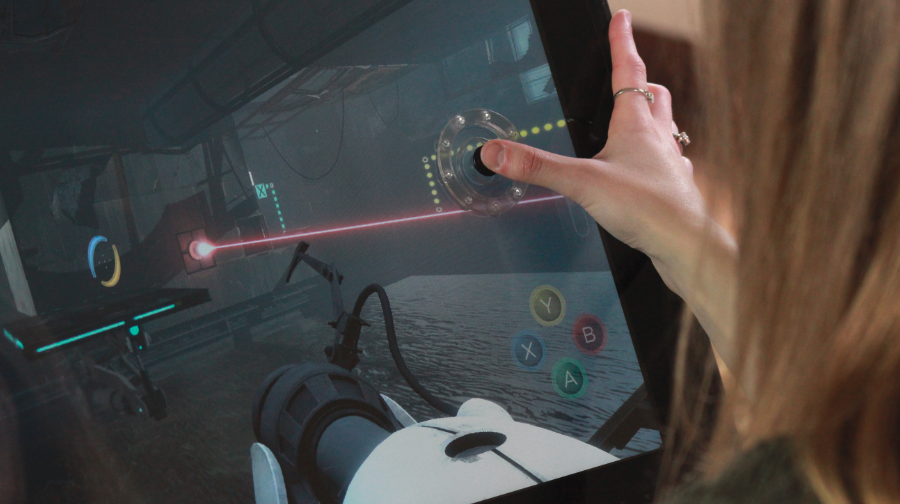 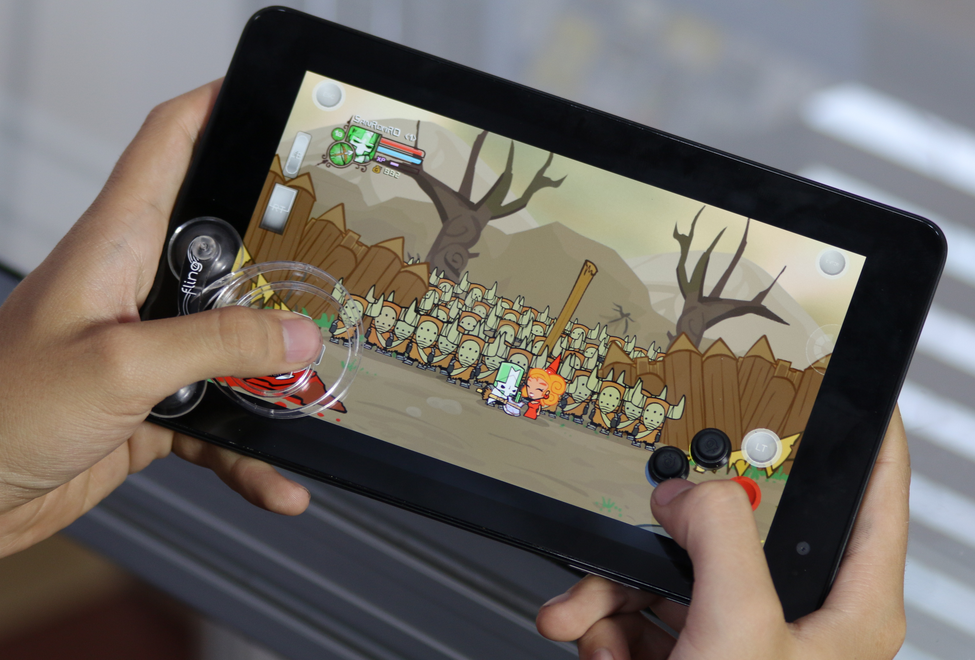 The advantage of these in addition to providing gamers with controllers they can feel is that the clinging buttons and joysticks are as easy to reposition as the Gameplay controls beneath them.

In addition to the rumble and sound options available on the Android Remote, Gameplay’s accelerometer feature can be used with both the Android Remote and tablets with accelerometers. This control means that a player can steer a vehicle or make other movements in-game simply by moving the device. It can be added to the controller by dragging the Accelerometer hudget from the sidebar in the editor onto the controller screen and mapping it to any function (this will usually be a joystick or directional keys). The accelerometer frees up more screen space and allows players to have simpler-looking and easy to use control schemes. 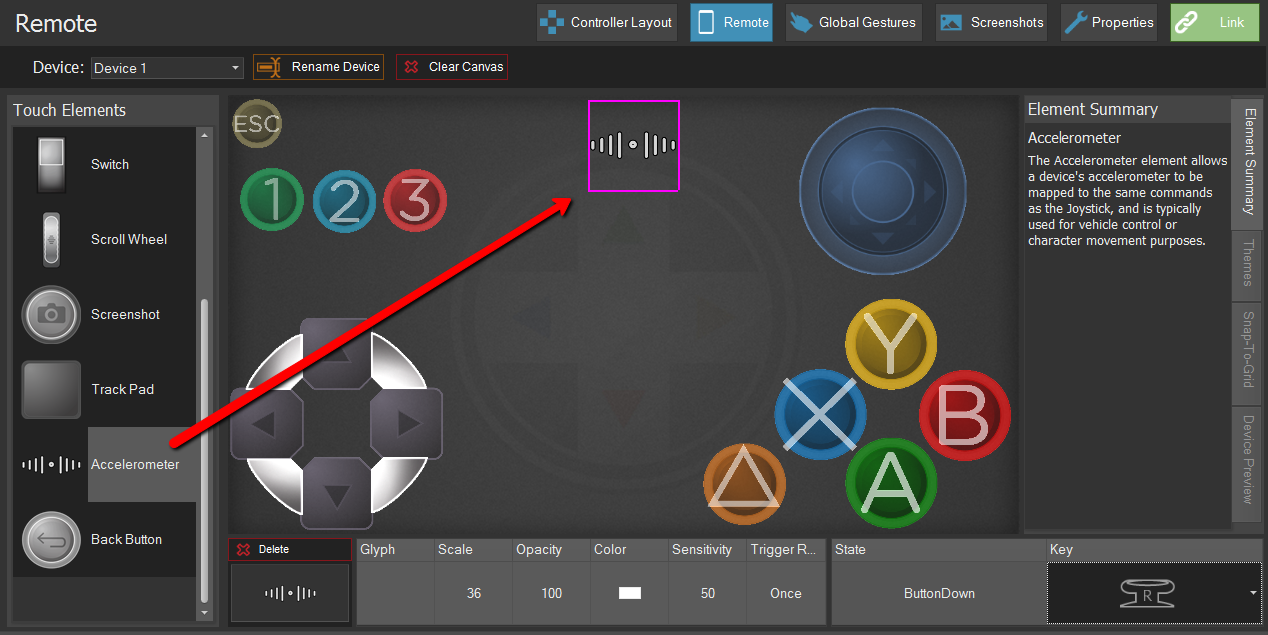 Players can take Gameplay’s controls to the next level by adding peripherals that work with the touchscreens on their devices so they can get right into the action....

Use up to 2 classic Atari 5200 Joystick game controllers with this device and authentically play classic games on your favorite emulators.
Project Owner Contributor

Get in touch with photo editing and get some electronic beats in while you’re at it.
Project Owner Contributor