A giant VU-meter housed in two poster frames with mic and line input and sensitivity and brightness knobs, powered by arduino and neopixels.

Poster VU is a giant, 40" x 15" VU-meter housed in two poster frames with a laser-cut front. It can take mic or line input and has two knobs for controlling brightness and sensitivity. It's powered by arduino, 140 adafruit neopixels, and the brains are housed in a 3D-printed box mounted on back. I believe it fulfills the connected device requirement for the hackaday prize by transmitting data (14 channels of audio into light in increments of 10) from another device (audio output of a computer or other line out source).

Here is the system design, the source code is available in the github link. The STL files to 3D-print the back mount and lid are included in the github repo. 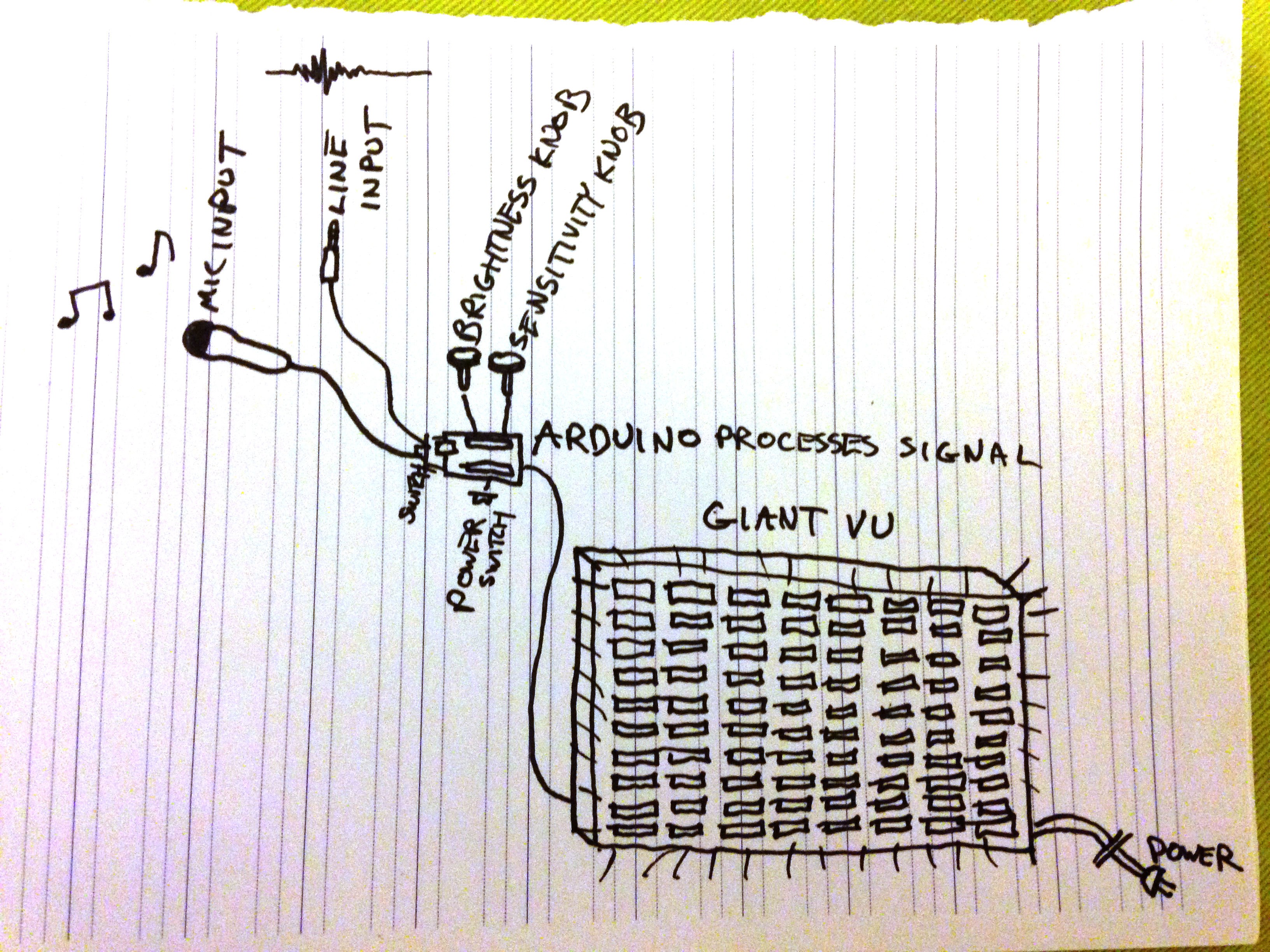 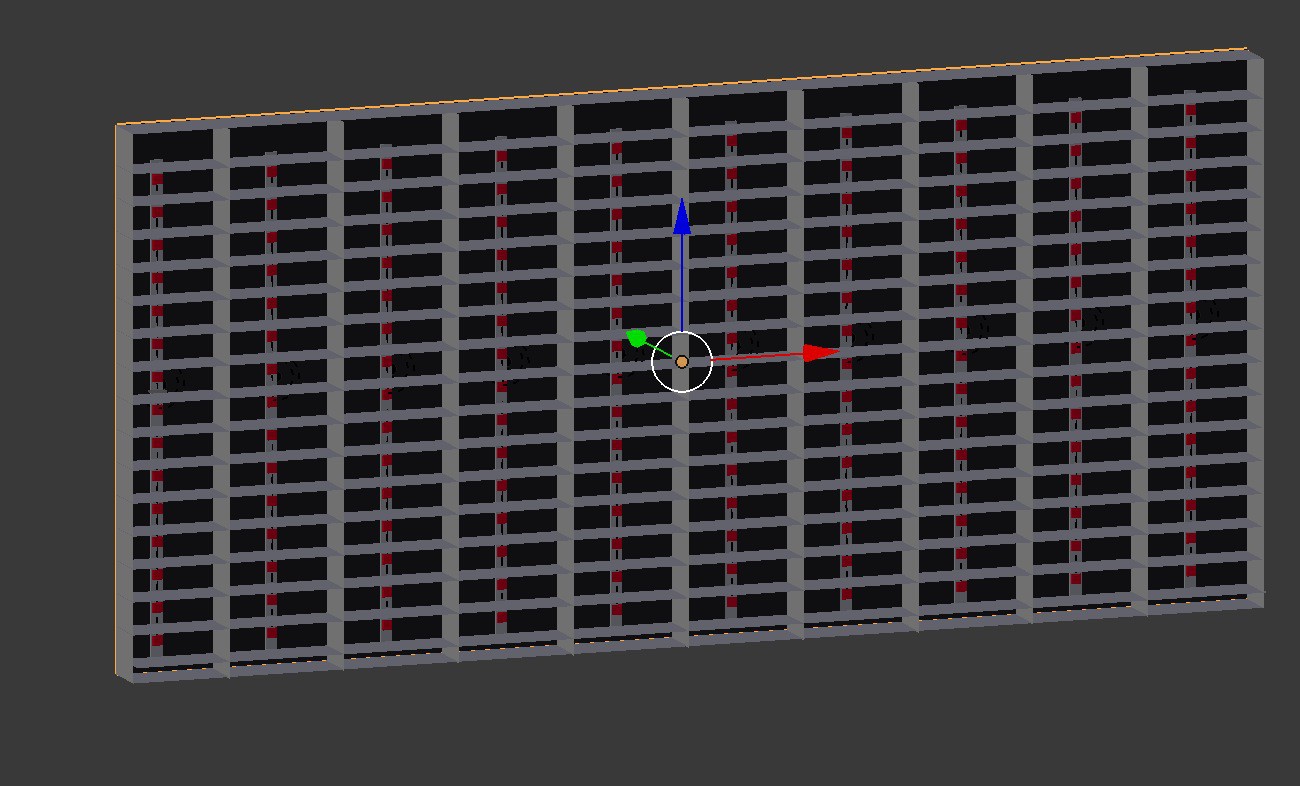 I ended up using two poster frames instead, each with 7 x 10 LEDs.

The code was adapted from Andy Doro's LoL shield. http://andydoro.com/vulol/

The prototype is basically done, but there is always room for improvement. I cut the foam dividers by hand, and there are some errors which you can see behind the glass if you look closely. In my next version, I would laser cut the dividers. The model for 3D-printing of the mount in back is missing some mounting holes and a hole for the audio out that I just drilled by hand. Ideally I would include those holes in the model, though in the next version I would just like to house all the electronics inside the frame. The 3D-printed mount lid is also a bit loose and I would like to design better housing for some of the components.

Neopixels are currently overkill for this, since each LED only displays one color. You can customize the colors in the code, but I'd like to program some other functions that rotates colors and uses more of the full functionality of the neopixels.

My goal is to manufacture a professional version, with flush ports on the side for audio in and out, power, and switches, perhaps with unibody metal or some other sleek plastic look. This page documents the DIY version.

This artistic project is situated between aesthetics and functionality. Beautiful colored metals are cables between electronic components
Project Owner Contributor

Tessellated circuits made of colored metals

A different interpretation of circuit sculpture using PCBs to create a lamp shade. LEDs provide the light and the base is touch sensitive.
Project Owner Contributor