The goal of this project is building a 1-bit "volumetric" discrete arithmetic logic unit, in other words the ALU is going to be build using discrete components and without using a circuit board. Instead, the circuit is stretched and folded into a 3D grid like a origami, using some graph algorithms.

To make this possible I am developing an open source schematic editor called Pyrite that contains all the algorithms and tools needed for creating three-dimensional discrete grid-aligned circuits, and some techniques for placing and soldering components in this configuration.

The idea of creating volumetric circuits (term derived from volumetric displays, 3D matrices) came from an old will that I have to build and computer from scratch. I thought of doing something big, not just pure functional, something, artistic and eye candy, something that catches attention and inspire people to learn about how computers work, and how to build their owns. But for this to happen there is a lot of planning, designing and prototypes involved, this project is the first step. 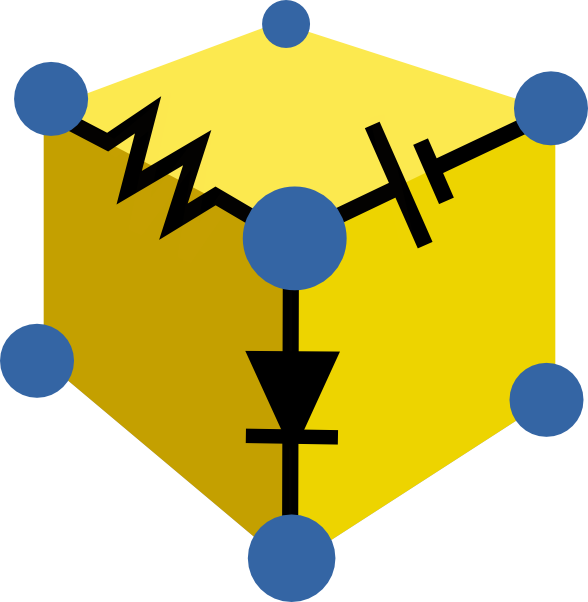 Positioning the electronic components manually will be impractical or even impossible, so an open source software called Pyrite is in development, it is made in Java and contains an schematic editor/simulator and a 3D visualization tool for control the graph algorithms and help in the build process.

Pyrite uses the S3F framework allowing it to be extensible and flexible. Plugins containing new algorithms, view modes and file type support will be easy to develop and share (after I finish writing the documentation).

Using Pyrite will be simple, and in 5 easy steps you'll have an fully working 3D interactive environment for your creations!

This project can be extended to allow creation of:

The system consists of an Arduino doing the digital interfacing between the volumetric discrete 1-bit arithmetic logic unit and a computer. The PC requests multiple arithmetic/logic operations and waits for the response, the message can be an single bit operation or an more complex operation which will be broken into small steps by the Arduino. The information to be processed can come from an testing software, virtual machine, or even over the internet. 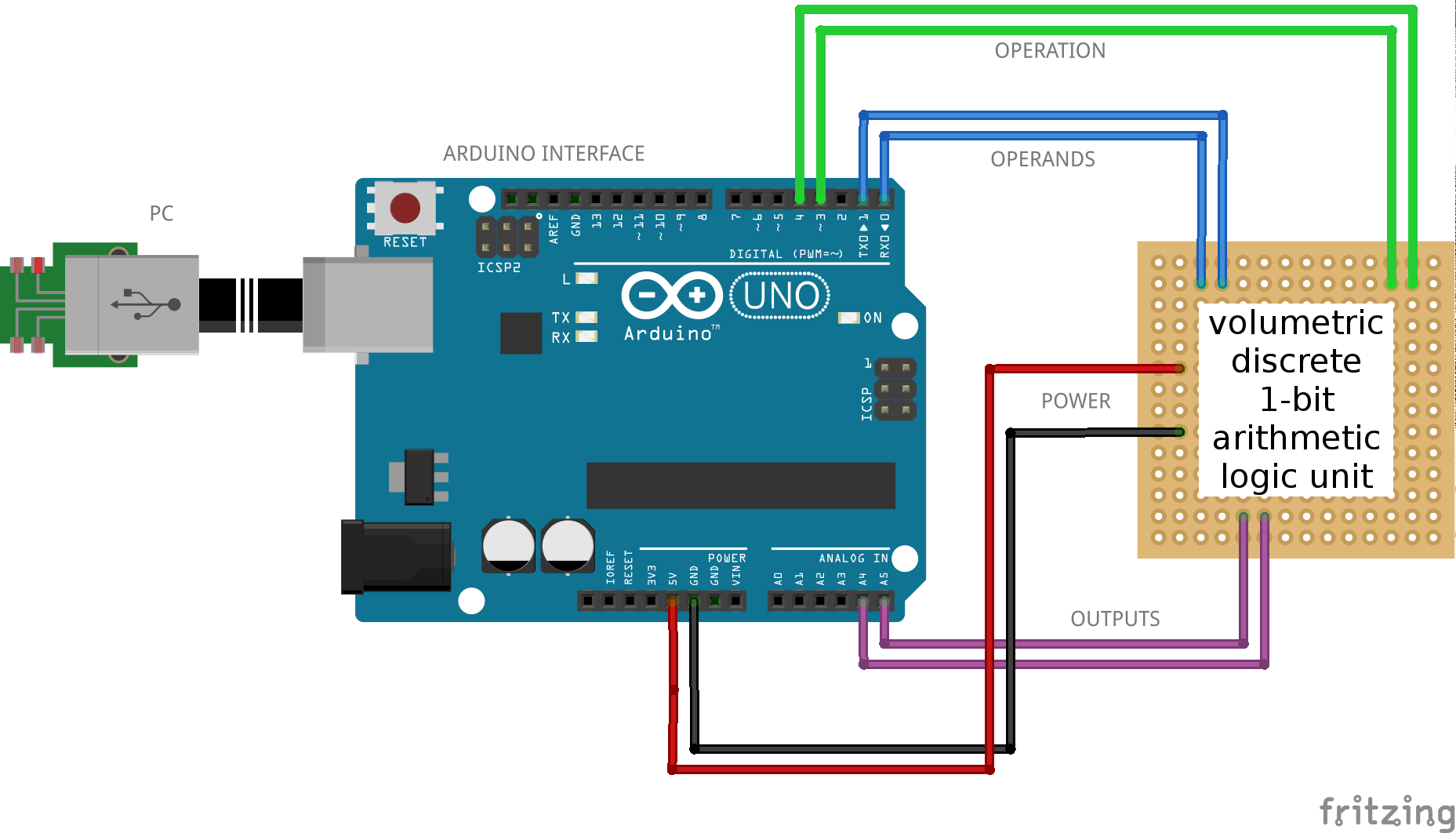 This configuration along with some other instruments allows several testing procedures to be performed, resulting in valuable data about the maximum frequency supported by the ALU, interference, construction errors, and more. 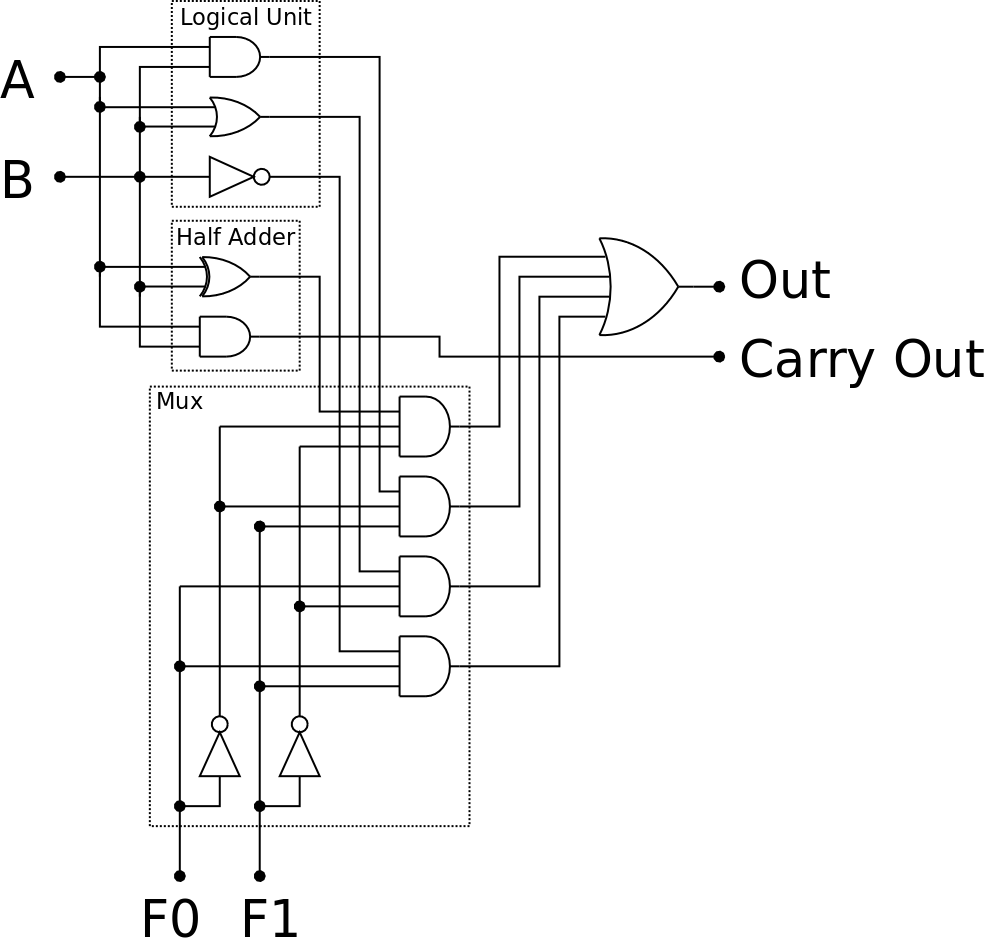 The majority of the logic gates will be constructed with simple resistor-transistor logic, as follows. 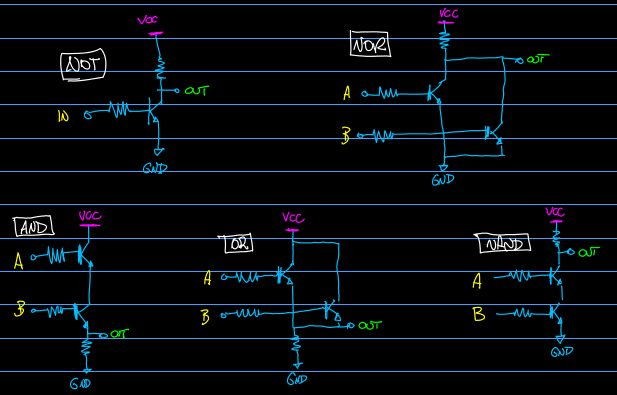 The only exception is the XOR gate, which is will be a diode-transistor-like construction. 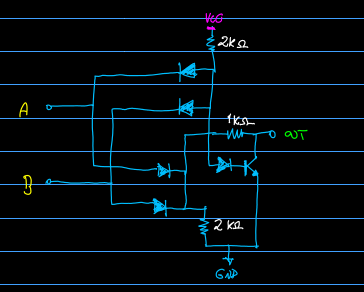 first i love this idea. Why? Because I love such things... I love going out for a walk with the dog and imagine solutions where different technologies come together and form something new.

I was thinking of how one can do a Circuit-3D-Printer and this was my "Chain-of-Conclusions"
1. Why must it be a two dimensional design?
2. We don't need a PCB... so we don't need traces
3. If components can be aligned somehow in 3D space the can be just glued together
4. If we are able to place and glue components in 3D space, we need a new ECAD tool and maybe new "3D components".

And today i saw your project and thought... cool somebody did it, a 3D ECAD tool!

Now we need somebody to build a 3D place and (conductive)-glue machine.

Create a 3D circuit builder would be awesome, I was experimenting with wire glue and got some interesting results, I'll post a project log about that. I'm glad that you liked the idea :D

Is there a way to define the shape of the components? I'm not seeing that anywhere... Let me explain why I ask... It dawned on me that this might be very useful with SMT components. I've seen cases where SMT parts can just be stacked against each other to make some simple circuits. Zero ohm resistors (which are actually quite commonly used in the SMT world), or just "air wires" can be used to make the unresolved connections. This would allow the creation of circuits that are far more compact than what we currently lay out on PCBs. Very applicable to the development of medical devices, wearables, etc... spy's want to know... ,o)

Very cool idea! For now the software only tries to place components with three or more terminals aligned to the grid, and connect them with wires and two-terminal components. And it uses discrete components... Can you tell me more about these SMD deadbug constructions? Do you think that it follow some kind of rule to place/link them?

I've done it a few times myself, and seen it done many times, but I don't have any documentation or pictures at this point... my page on Manhattan construction has one (half way down, the AVR ISP programmer) that starts to show the idea

http://techref.massmind.org/techref/pcb/manhattan.htm
I did a google search for "SMD SMT dead bug" and found this:

http://forums.parallax.com/discussion/146058/my-first-smd-soldering-attempt
(scroll down half way... and gasp)

Honestly, what I've generally seen/done is pretty simple:
- Forgot to put a current limiting resistor on a SMT LED, so just make a "teepee" with resistor and LED: /\
- Two high a value resistor / cap installed, stack another one on top of it.
- DIP chip needs more decoupling, solder SMD cap between pins (assuming power and ground adjacent)

But I can imagine lots of little circuits that wouldn't need a PCB
- transistor amp with power and ground rail wires above and below, then input with two pull up resistors and two pull down in series between input cap, gate, and power rails. Collector pullup to power, output cap... Here... I did a 2D version, and I think you can see it would take even less space in 3D

Hi, this is a great project. One question: how do I run Pyrite?

James Newton wrote 09/22/2014 at 05:30 • point
I would like to understand more about how you transfer the 3D layout on the screen into an actual circuit. Do you print out "slices" of the layout and then solder them up flat against the paper, then assembled those slices together when they are done.

Anderson Antunes wrote 09/23/2014 at 14:33 • point
The current software only show the 3D model and I had to move around in the 3D environment and figure it out how to connect the components without an guide. The next version will allow export an PDF file with, as you said, slices of the model, guide lines and visual references to adjacent cuts. The user will be able to change the edge size and solder the components on the printed page. I will post an project log on that.

Base 3 -Ternary Computer from scratch.

Stickvise is a low profile vise designed for PCB soldering. This product was born on Hackaday.io.
Project Owner Contributor