Hey everybody, how are you doing? It is been a few weeks since my last update, since then I put the software development in a halt to focus on thinking about new ways to assemble the volumetric circuits generated by it. If you watched my first project log you can imagine that it is not the easiest way possible to put together the components, back then I used hot glue to fix the first layer of components, and then proceeded to add more layers to the circuit only hoping that the whole thing did not fall apart while melting the solder in the finished connections.

Recently I was examining some alternatives to soldering, like conductive putty, wire glue and others. I wanted to create a easier way to assemble the circuit, so I thought about using 3D printed parts to connect the components together mechanically that have a access hole to allow a drop of a conductive glue to be placed to electrically join them. I also thought in silicone mold casting, but after some iterations on the design and some price estimations I did not thought that it will be viable, yet. 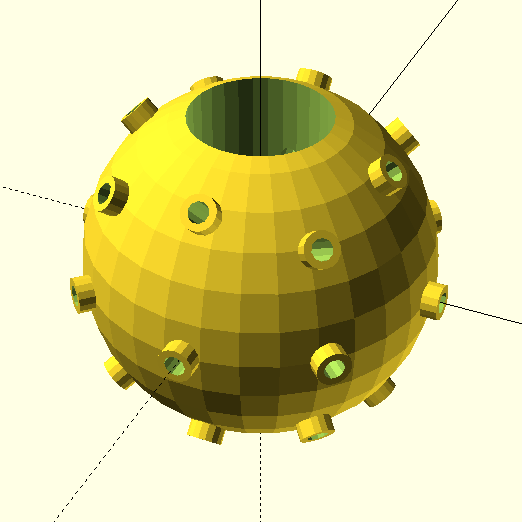 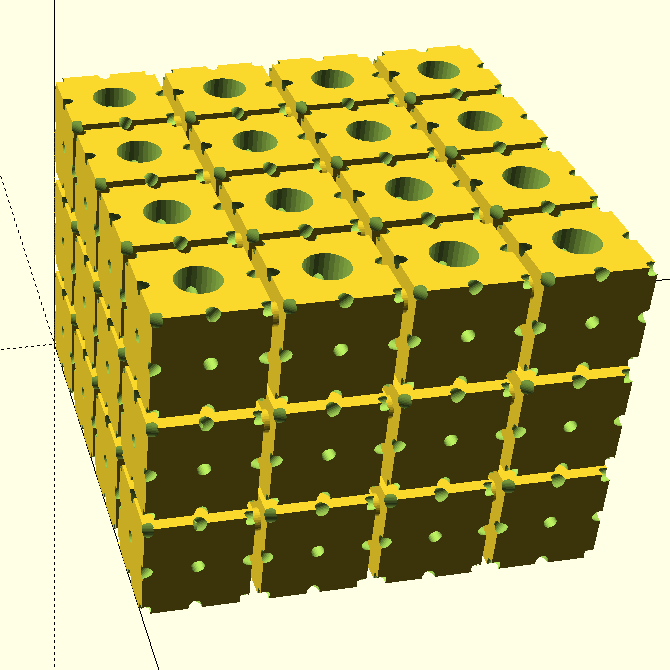 I tried a cheap alternative to the 3D printed parts: Melamine foam (magic sponge), due its density and stability. I assembled the circuit together and used a syringe with a needle to inject some wire glue in the sponge cubes.

The results showed a higher electrical resistance than expected in the connections (sometimes higher than one kilo Ohm), and a fragile structure, but I think that the technique can be further improved. 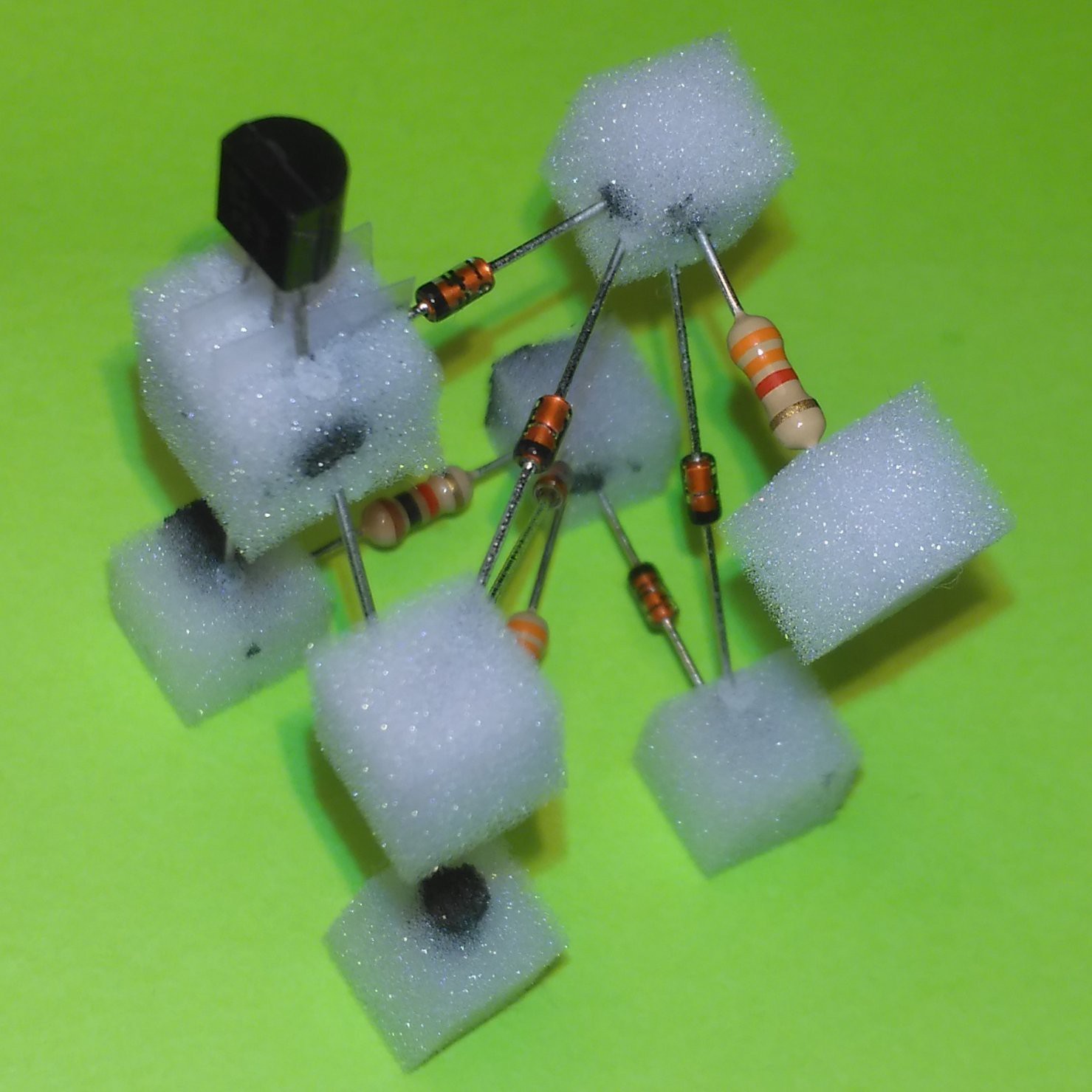