The first system concept was based on this diagram: 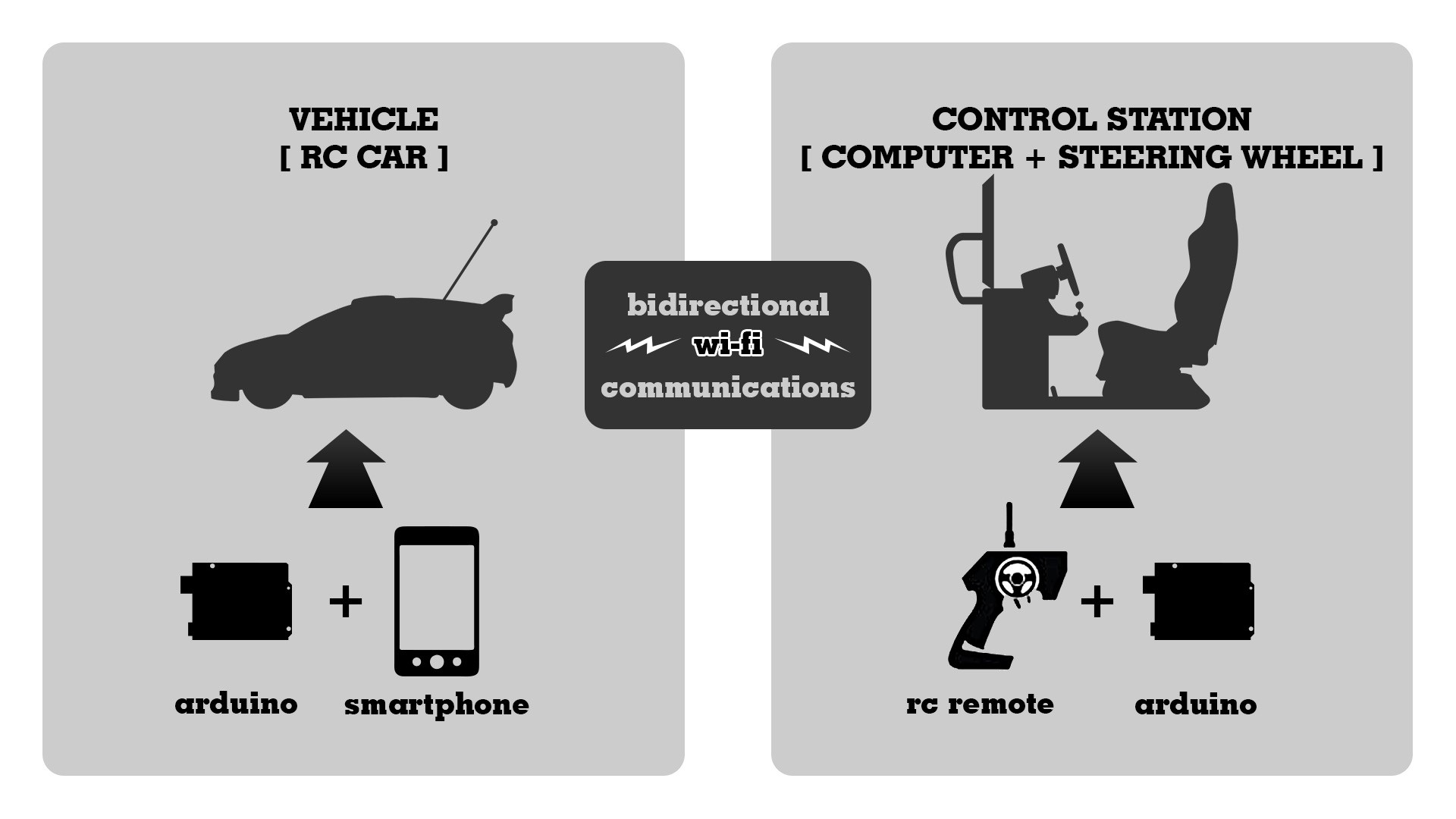 Besides the RC control (used to steering the car), the control station relies on a local Wi-Fi network to communicate with the smartphone (video feed, sensor data, controls, etc.).

This system worked well. As long as the Wi-Fi network have a strong signal, the video feed was very good:

But there is a problem that renders it unusable for this project: video lag: 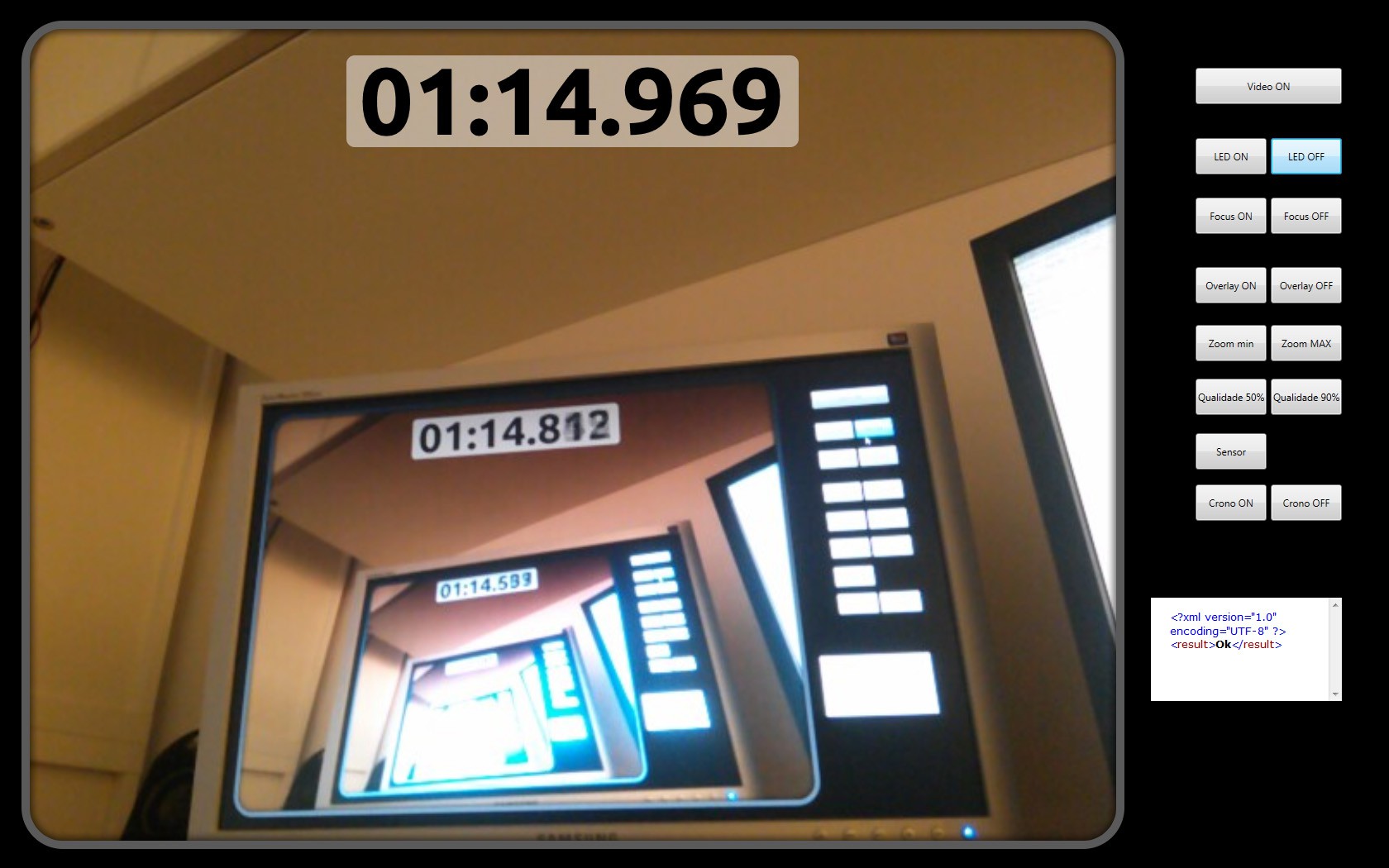 About 150 ms is the best that this system can do. At low speeds, this lag is manageable, but as soon the speed increases, the steering becomes harder. This isn't a communications' problem, is a smartphone's video camera problem (you can try shaking your hand in front of it and see the lag that is between your movement and what you see in the phone's screen).

So, back to the drawing board and rethink the whole system layout.

First-Person View (FPV), is very common in RC planes. But nowadays it seems that everybody have a multicopter with FPV (unfortunately, we don't...). This systems are very lightweight and somewhat affordable (at least, more or less the smarphone's price).

The present system is this one: 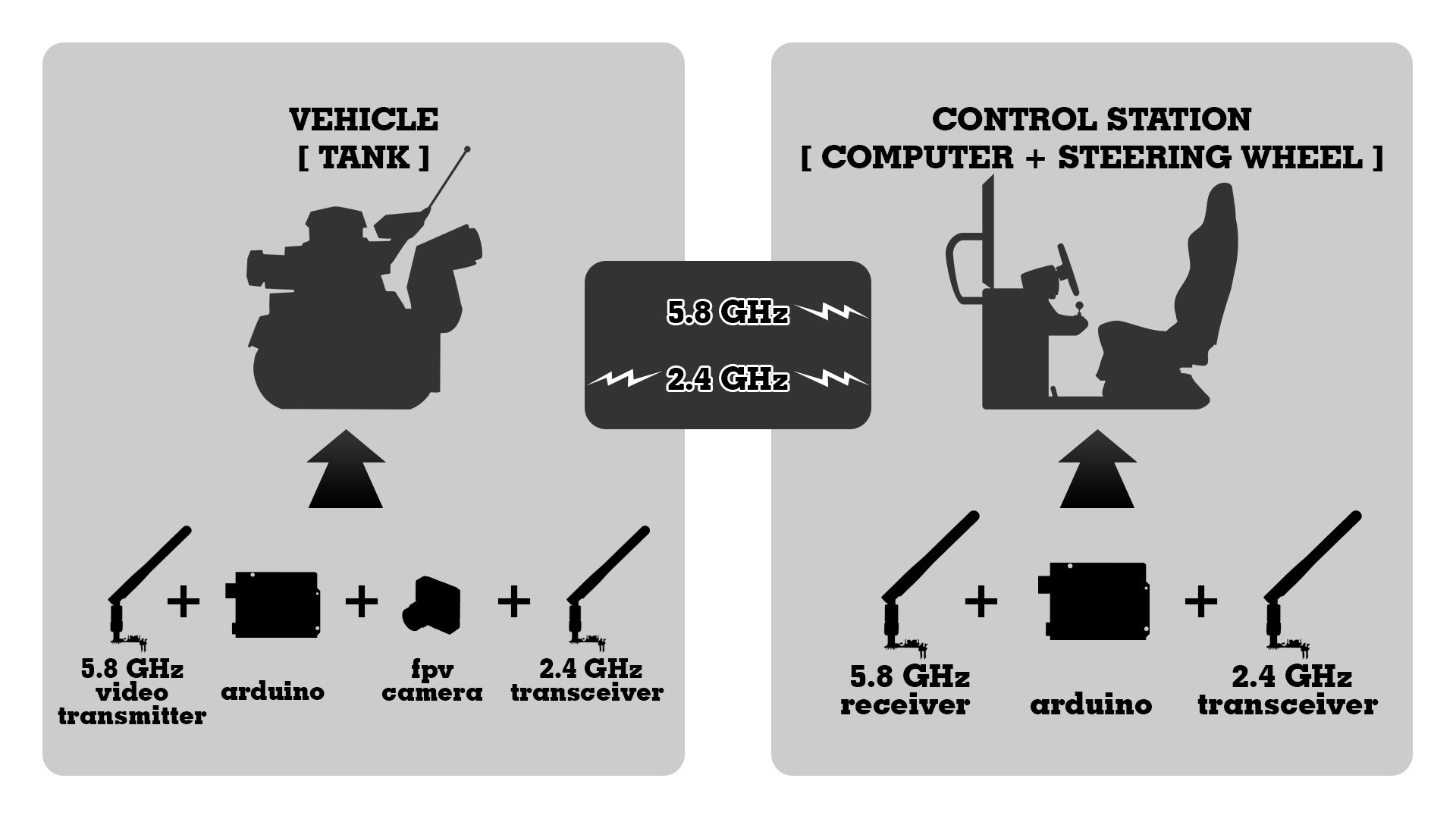 At present time, this configuration is untested, but we believe that the video lag is admissible.

The video is provided by a 5.8 GHz RF link to minimize radio interference by other signals. The rest of the system relies on a 2.4 GHz link.

The RC car has been replaced by a Zumo robotic platform providing full control of the vehicle (much better than fiddling with a RC car and remote). The Zumo has more than sufficient horsepower to carry all the electronic and mechanical systems needed.