This kit can turn any old laptop into a water-cooled LED-projector with built-in media center and wireless streaming.

The consumer electronics market changes tremendously fast. In particular laptops turn obsolete and outdated before they are broken. After discovering an increasing pile of old laptops in the attic, I started looking for cheap feasible projects to make something useful from them. I decided to turn one of them into a media center with streaming capabilities based on the project referred to in the links. A second dusty laptop was to be rebuilt into a LED projector.

I soon realised I could combine the two projects into one by creating a LED-projector with built-in media center. The downside to this idea was the fact that the older laptops had low resolution screens and were not capable of handling high quality multimedia. Moreover, this project would turn only one laptop into something very useful. My current laptop is going to be outdated in a year of two and I would have to rebuild the entire project to upgrade to this higher resolution, higher powered laptop.

The solution is to build a kit, capable of easy swapping of laptops so that this projector/media center would upgrade with every new laptop turning obsolete! 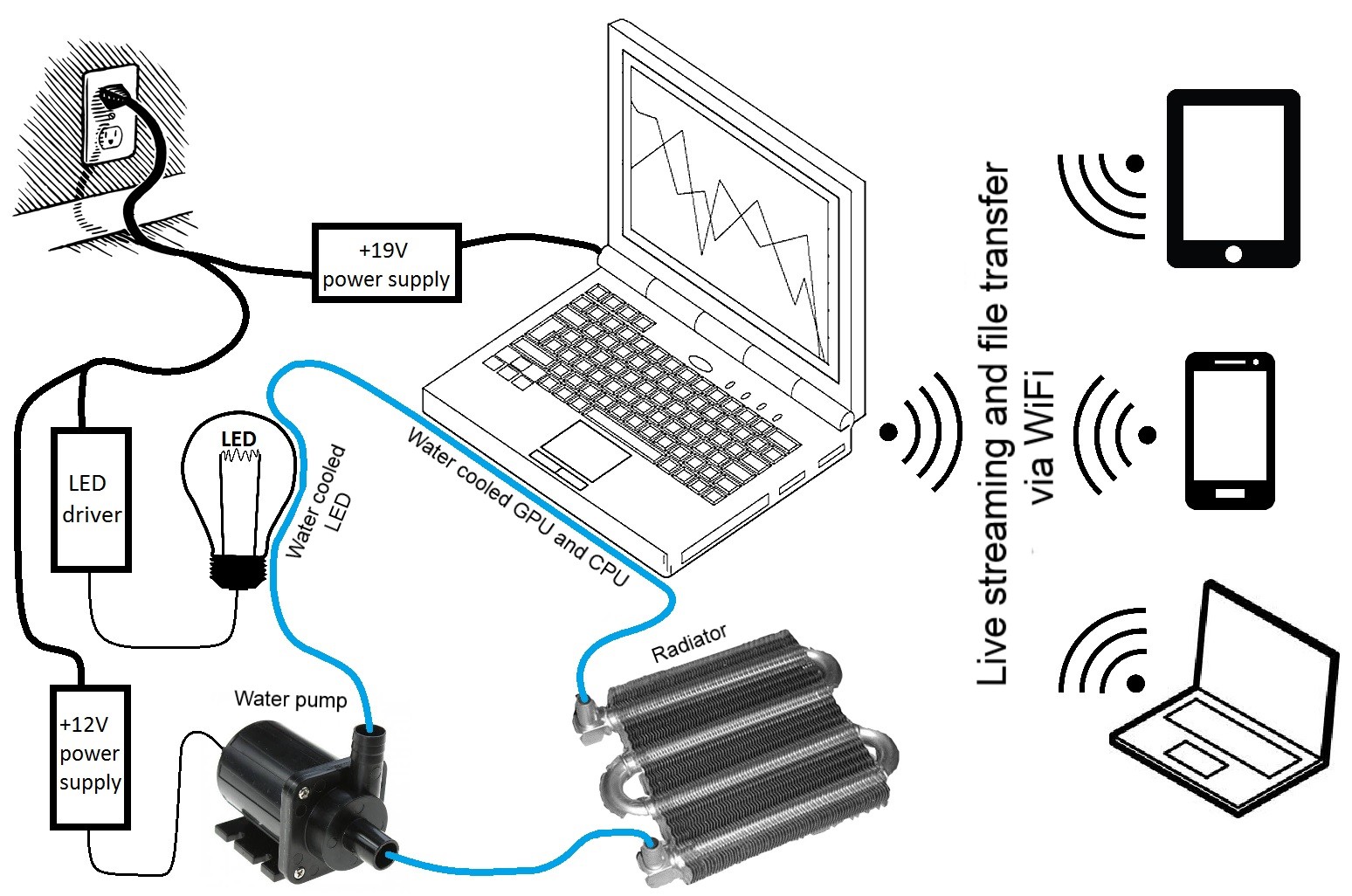