Never know when a new exciting post arrives to Hackaday.com? With Hackaday monitor & Lighting Box you will know moments after it gets published! Need a weather forecast? Not a problem, you'll have it printed and waiting for you as soon as you wake up. Did I mention it will be stuffed with RGB LEDs to lighten up the mood?This will be a lovely decorative laser cut box with tons of usefull and not so usefull features. And keeping up with retro spirit, whenever it makes sense, it will use a thermal printer to communicate with you or if it doesn't, there will be a nice and small graphical OLED display.

Below is a list of features we plan to implement:

If the above is not enough for you, if we find a bit more time (which I think we'll have plenty of), we may add additional features. Possible future features include: 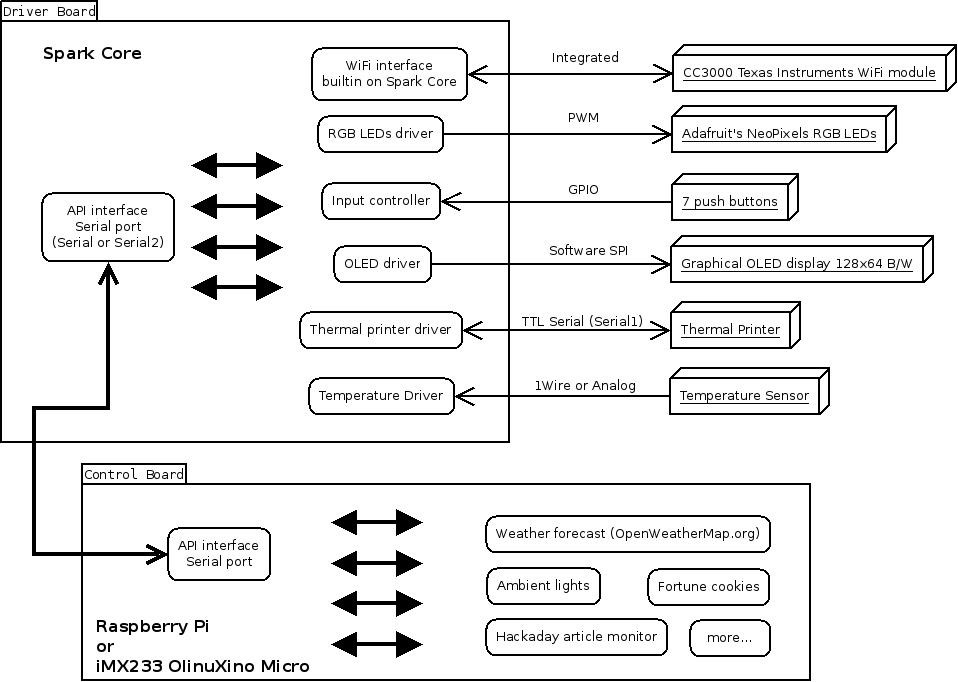 The system will contain a number of external periferals:

WiFi is integrated into Spark Core ARM board. That board will drive all the input and output of this project.

NOTE: Unless stated otherwise, everything in this project is release under the MIT License.

To rebuild a old church bell system that I have already built once. This time I hope to clean it up and document it.
Project Owner Contributor