Cutting carbon fiber was an adventure. I expected it to be easy: walk down to the CNC shop (there's one on almost every street here), tell them to cut it like steel, give them a proper diagram, wave my hands around a lot, and end up with something cut to specifications.

The second issue arose in that I couldn't convince anyone it wasn't plastic, so everyone wanted to laser-cut it. After trying a few places, I gave in and said they could try (we were semi-outdoors), but warned them it would smell awful and probably not work. It smelt awful and could only make a tiny scratch in the carbon fiber plate after several passes.

Luckily, a friendly stranger hanging around offered to cut it after he heard it was for a robot, he had some power tools at home. We went with him, and after being unable to scratch it, he asked:

"What is this, bulletproof?"

I started working that out (it's probably not, it's too brittle), but he got the point and took out the tools to cut metal. After that, things went relatively smoothly, although he cut his foot on a stray piece of plastic (not seriously).

He absolutely refused to accept any payment, he was just happy to help. I took his name card to put on the robot, the least I could do is try to advertise his shop, since I'll hopefully be showing the robot to people around here who like building things.

Finally, the hole for the steering servo was the wrong shape. I didn't have an actual file, so I took a long steel bolt and used that to file it down. It took ages and I don't recommend it at all, but it worked.

I learned my lessons from all this: All future versions will be made from glass fiber board (copper clad unetched circuit board). Also I should put some money aside to buy some simple power tools, maybe next Tet. 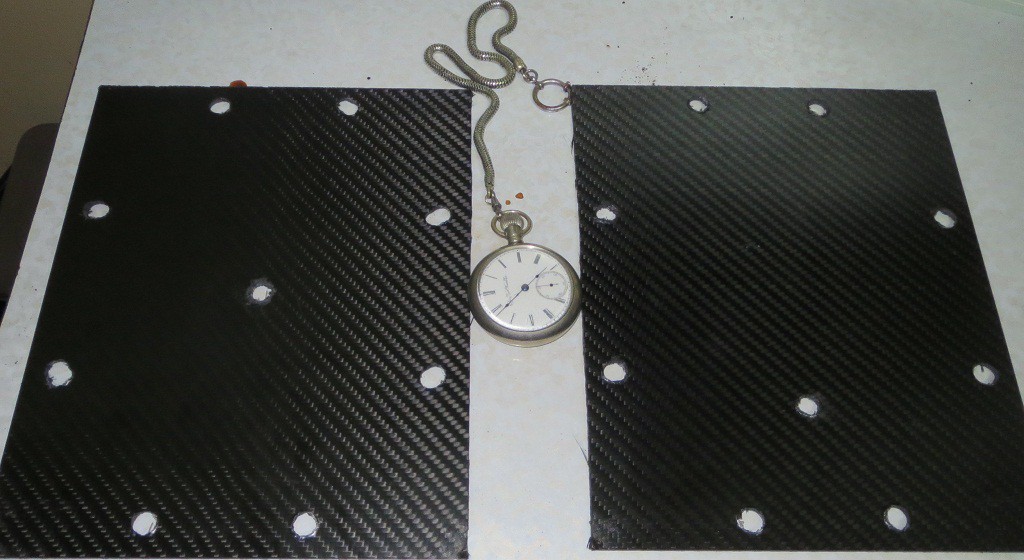