A open source and cost conscious take on a connected plant propagator for monitoring, fun and ..propagation!

The OPEN will be a connected plant propagator with all the luxuries of passive watering and active heating for better root growth. The initial project focus will be on developing a leaf node which will be responsible for keeping the plants at a constant user definable temperature in the optimal range for plant germination and root growth. In addition each leaf node will report back to a stem node which will allow connection in a IoT manner for monitoring, data logging and warnings. The leaf nodes will be Arduino compatible and the trunk node will start as a raspberry pi with internet access.

I want to keep the project as cheap and accessible as possible to encourage study in electronics, biology and science in general. Hence the use of widely available Soda/Cola bottles.
I hope that in sharing this project with a wider audience it will propagate ideas, openness and even broaden tinkerers horizons to experimentation with plants and the outside world! ;p

The leaf nodes will have several capabilities: 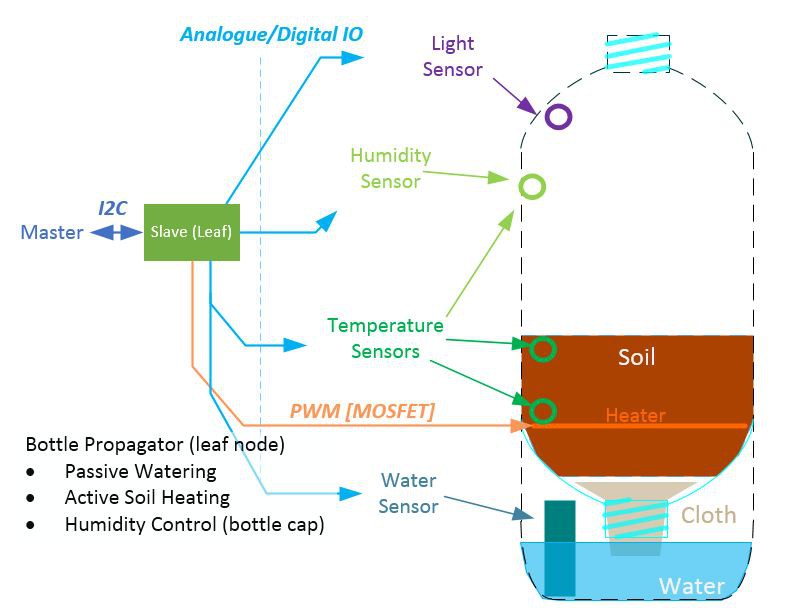 In addition It would be nice to have the option of a single node and a way to configure it to keep associated costs low.