Just Another Internet of Things Project

I am using a WRT54g router which conveniently has two serial ports which are accessible through the 2x5 header footprint on the router PCB. 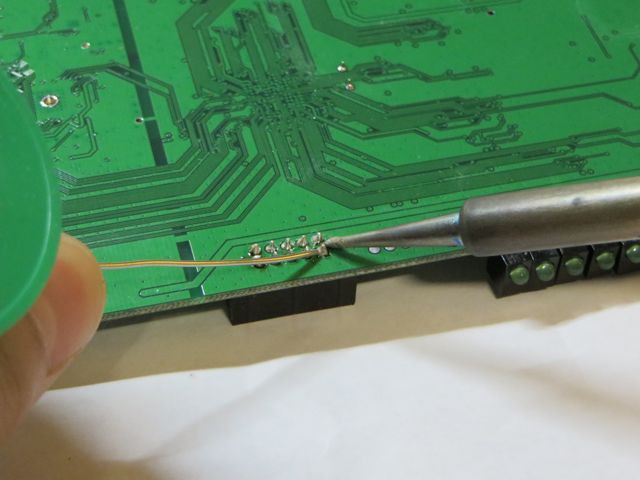 Not so conveniently it runs at 3.3v so I needed a level converter to interface it with my 5v Arduino Micro. One of the first things that I did was install OpenWrt and learn some basic Java scripting/ HTML. I don't know much about either but the power of Google is a great tool. I am using Dashcode to build the interface but may end up writing my own code or using an open library so that I can share that code. I had some difficulty working out how the linking worked with the project files but I finally got a web page to turn on and off an L.E.D. on the router. This was accomplished with AJAX which calls a small shell script that echos a 1, on, or a 0, off, into the special file that defines the L.E.D. state. The following will turn off the DMZ L.E.D-

The following sites were helpful and my code is copied or based off of theirs: