The last weeks I haven't been advancing much since I was a bit busy. Also, I iterated the PCB design a bit more and simplified some things. I removed power and user led for minimal power use, remove UART port (not of much use if USB actually works as serial) and rearranged some things to be able to have four aligned mounting holes. At the moment, the board looks like this: 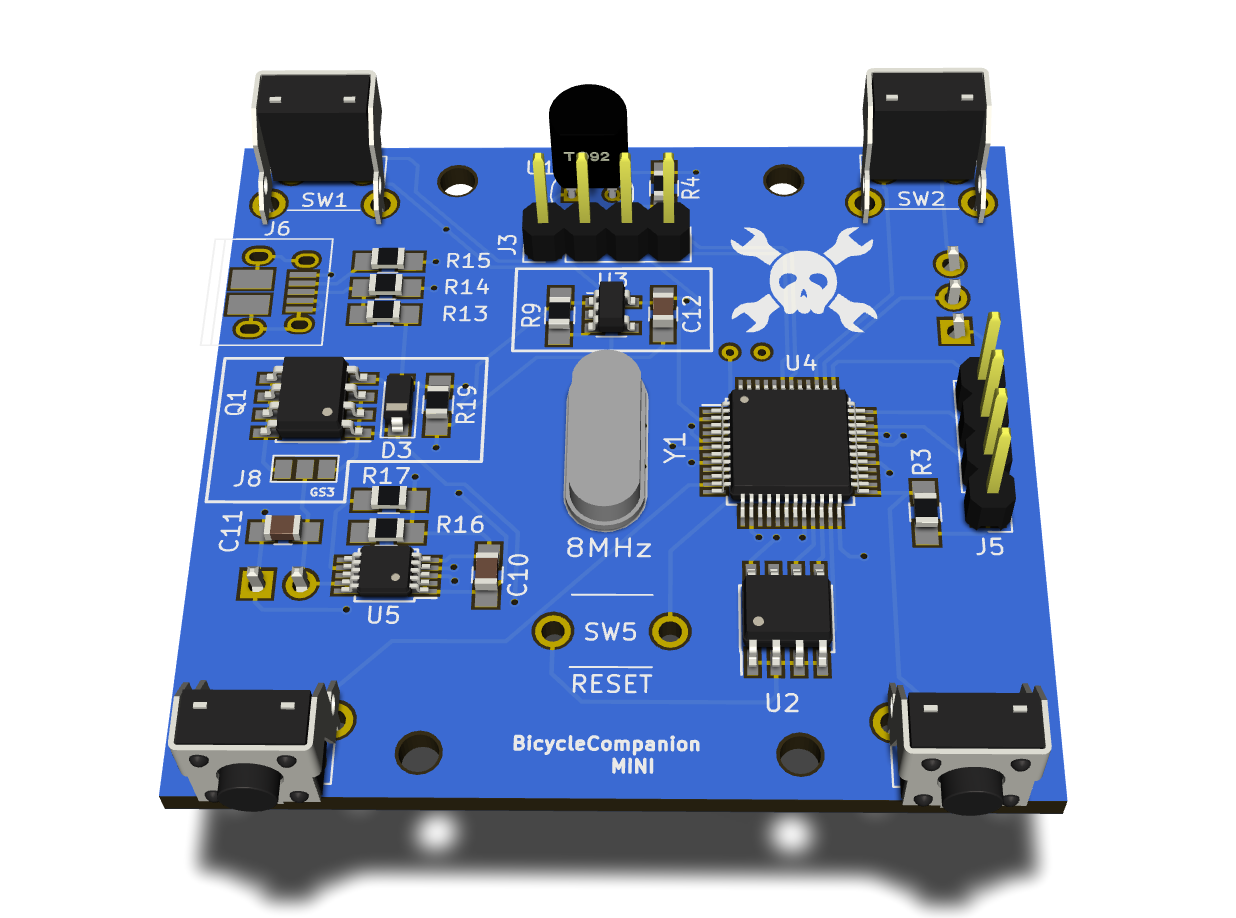 You can see I'm still missing the USB 3D model (still waiting to decide if I will get the SMD version or not) and the reset button (which is now a two contact tact switch) for which Kicad does not have a 3D model.

Now to the point of this log. While I was waiting for having the PCB ready and everything soldered to port the Teensy-based code to the STM32F103, I decided to give it a try on a BluePill board. After all, Arduino is pretty generic nowadays, right? Wrong.

I've found some annoyances and difficulties. First, since the BluePill comes without USB bootloader and, in fact, with a wrong pull-up resistor on the USB connector, I had to flash it via st-link. The problem was that after flashing the LED didn't blink and it would seem that afterwards it was kind of bricked. After much trying and browsing I realized that: a) the correct pin code for the LED is PC13, not 13! (so much for standarization) b) I had to define "CONFIG_MAPLE_MINI_NO_DISABLE_DEBUG=1" since otherwise the SWD pins were turned into GPIOs and thus it would not respond to st-link anymore. Fortunately, one can re-flash during reset so I managed to recover from this.

Once this was solved, I managed to upload a blink example and see it working. Now, I had to build and flash my code for this board. First problem was that several libraries I've been using were actually part of the Teensy platform package. I had to copy these (since they weren't actually Teensy specific) and place them directly along my code. Also, I had to find replacement for Teensy specific code, such as RTC handling code (which luckily seems to be there). Finally, I found out that TwoWire library is actually a bit-banged implementation of I2C! Luckily there is HardWire which can be used instead.

Once it started building correctly, I found a second problem: binary size was 112kb, above the 64Kb of the STM32F103C8 flash. I tried to reduce it but it does not seem possible. On the other hand, I knew that these line of chips are supposed to actually have 128kb. So, I configured the board in platformio as being STM32F103CB not C8, which has 128kb officially. Also, I had to download a recent version of st-link utilities which allow to override the flash size. While platformio does not support setting this flag, I could flash it manually once the firmware is built.

And FINALLY I managed to flash it and it was running. I also verified (by reading the firmware back) that there were actually more than 64Kb of flash there and indeed it was.

So, now that it at least runs I need to repeat the test on the breadboard to test basic functionality on the BluePill. To do so, I still need to fix the USB pull-up and solder the header pins. For this, I'm actually waiting on a nice solder station (with hot air) I just bought and should be getting tomorrow from the post-office.

I've also already ordered some of the SMD components I needed for the PCB which should arrive in about a week. I will also need to go to the electronics store and buy all remaining components.

I'm planning on finishing the breadboard test before finalizing the PCB design. Also, I would like to print the design to ensure all footprints are correct w.r.t. to the components I'm getting. After that, I will send it for fabrication.

BluePill and its annoyances