Stop wasting time and money on expensive coaxial cable and put the whole radio right at the antenna feedpoint!

The stereotypical HF amateur radio installation has an expensive, commercially made radio driving an antenna relatively far away, connected with coaxial cable. Depending on how far away you want to house the radio, you may be talking hundreds of feet of coax, which either costs a fortune for "the good stuff", or is lossy and leaky. My goal is to put the radio right at the feed point of the antenna, even as the center "insulator" for the antenna.

The basic system consists of a single-band direct-conversion I-Q radio, which is then fed to a stereo audio codec. The codec IC is then controlled by an Ethernet connected microcontroller. Power and control is sourced over Ethernet. The whole contraption is then controlled from a computer running soundcard SDR software.

The first steps are to build and test each of the individual components (radio, sound card, Ethernet interface, power supplies), and then integrate them into a single weatherproofed module.

Basically, this is a "headless" radio designed to be computer controlled. We get a lot of value out of an Ethernet cable, as it carries the baseband signal, power, and control. Below is the system block diagram: 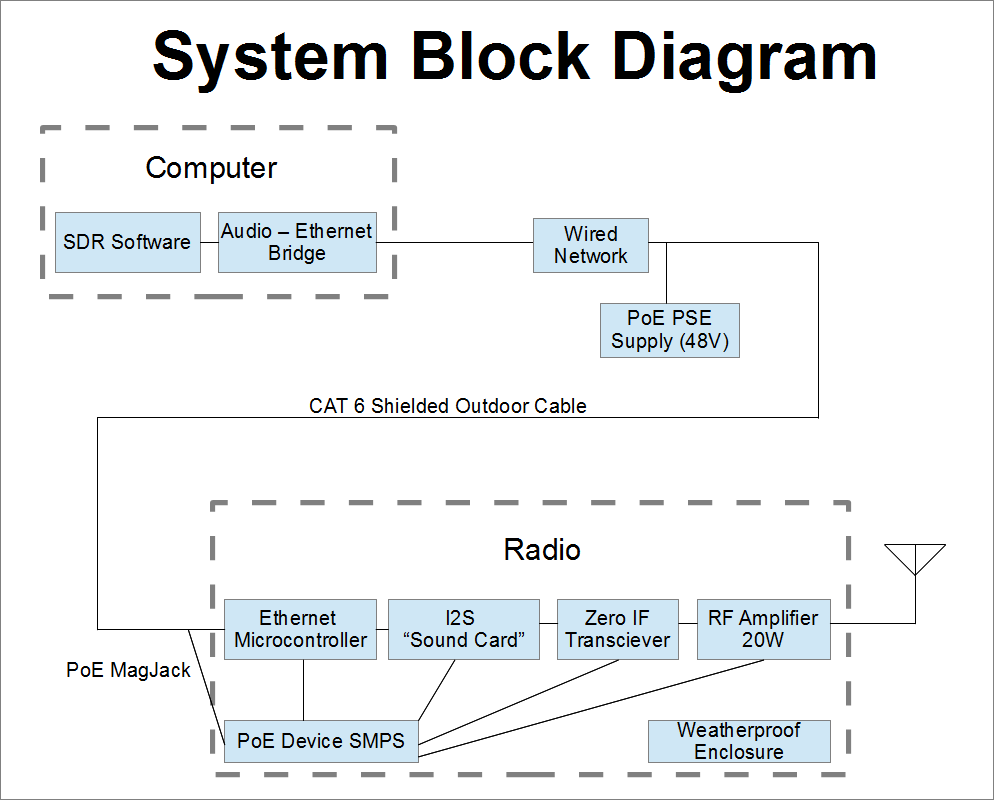 I've been trying hard to get CS4270 to work but without any luck. Can you share any further information?

I have thought for years that because of Ethernet, the Tx section needs to be outside with a direct ground point, with direct connection to antennas,  with or without the Rx section...and isolated via Ethernet (isolated by fiber via media converters) to keep the lightning strike outside, controlled inside over Ethernet per your model.  Thank You for thinking past the old dynamic; maybe the manufactures will finally wake up  based on your work here/AG8R

Hi W5VO, Have you been successful in implementing ethernet with STM32.

The 2017 Hackaday Prize
Do It Yourself - Bio-signal Acquisition System. Its an accesible, and friendly alternative to acquire and study complex bio-signals like EEG
Project Owner Contributor