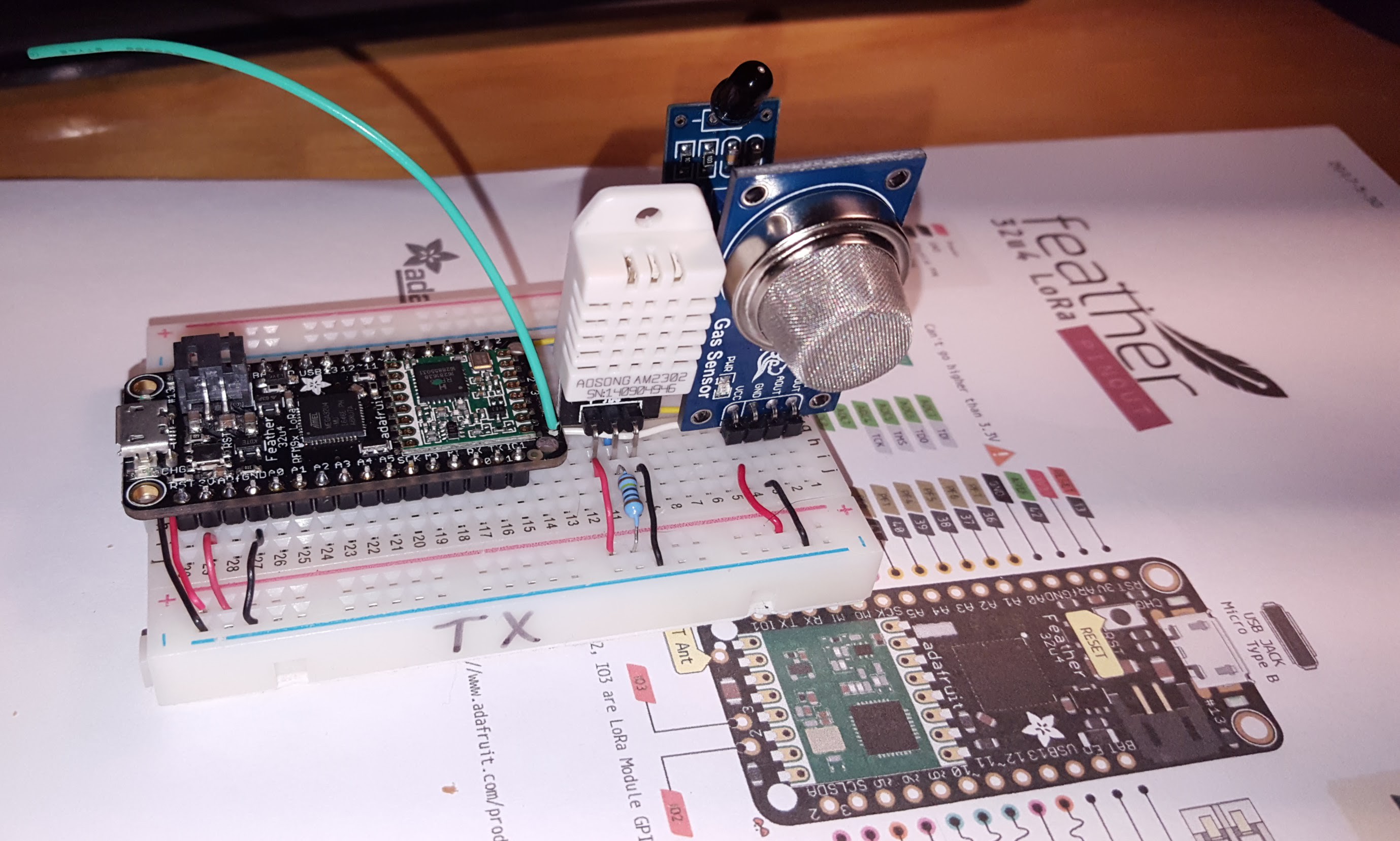 On their own these three parameters would not detect a fire accurately (unless the node itself catches fire or is very very close). Some of the other sensors I will be testing are affected by these variables, so keeping track of them is critical. It would also allow the node to gather general environmental data. The first sensor I tested is the DHT22 temperature and humidity sensor. It is commonly used in DIY projects so there are libraries and tutorials available. It was easy to get working, but after some research it is evident that it is not the most accurate or stable sensor. This excellent in-depth review compares many of the different sensors convinced me to try the Bosch BME280. I have ordered a some modules from Ebay, but they will take some time to arrive.

I will also be testing at least 1 particulate sensor. I ordered a Sharp GP2Y1010AU0F dust/smoke sensor . According to the datasheet the maximum current consumption is 20mA, and it should be able to distinguish between dust and smoke, although this will have to be confirmed during testing.

One of my main challenges appears to be finding a low cost, low power Carbon Monoxide sensor. I ordered MQ-7 CO sensors without thinking, since they are so popular and cheap. After looking at the datasheet and a quick test I realised that it is too power hungry for my battery/solar powered nodes. Testing confirmed it consumes about 200mA, and requires 1 minute to heat up before readings stabilise. I found that most of the other CO sensors are extremely expensive. My goal is $20 max for the sensor, preferably less.

CO sensor options I have found so far:

The last sensor type I will be testing is optical IR and near-IR sensors. These will be used to check for the actual radiation given of by the fire. I will be looking at a range of photo-diodes, photo-transistors etc. The selection of sensors available is extremely large, so it is going to be a challenge to find the best solution. I will probably resort to some more research and then get samples and test them. I have so far tested a cheap flame sensor module with a photo-transistor, but the range appears to be very short.

The TI Sensortag include (among others) an IR thermopile (TMP007), ambient light sensor (OPT3001), humidity sensor (HDC1000), and barometric pressure sensor (BMP280) which will all be used to gather data during testing. Unfortunately the TensorTags got held up in customs, but I will hopefully get them this week to begin testing.


Any advice/suggestions are welcome!