A project log for The Official Hackaday DEFCON 25 Badge

Hey there, this is Hyr0n from AND!XOR, one of the guys that made a well coveted indie badge for DEFCON 25 (second only to the Official Hackaday DEFCON 25 Badge). 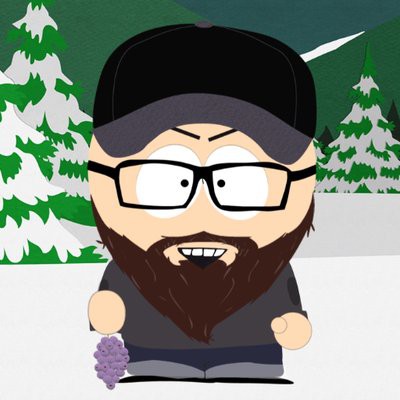 As you may have seen in the doxxing of the Mr Robot Badge creator and how he created that amazing badge, our team was thanked despite my stealing of Brian's precious IP.  The following account in this log is entirely my story, its words, jokes, offensivisms (thats a word, trust me) do not reflect that of Hackaday or Brian Benchoff.

Buy The Ticket, Take The Ride

I would like to take you through my trials and tribulations in doing this, as it isn't the fact that I had this design printed on a shirt which matters, but the journey. The journey which makes me want to stab a ball point pen through my eye.

I knew I was going to be covered in badges during the con, clanking around and giving me neck problems. Adding just one more of this exquisite caliber could have caused a paradox event and the entirety of Caesars Palace would have imploded. So i decided to make a shirt. In fact if there was any badge design I wanted to rock on a shirt, it was 10000% this one. Seemed easy enough: Load image in Gimp, inverse select, copy pasta on to a transparent background, invert the black to white, and resize. Upload into make your own t-shirt site and click submit. This was a couple weeks before DEFCON so i knew i had time for it to ship to me. Until the next day, i got an email...

"While preparing your order, I noticed that your design uses imagery that is protected material. I'm referring specifically to the artwork of "Hackaday".

Brand names, logos, and images are protected and we need direct permission from a company official to legally print this design.

Don’t worry; there are still a couple of things we can do from here:

Option A: To move forward with your order, we need written permission from the owners of the protected material. Here is a reference to reach out to obtain the permission:

Okay, I don't know where to even begin. This is the kind of stuff in my day to day that makes my brain stutter. So, i decided to call their customer support line. Here's my recollection of the discussion, keep in mind this was 3 weeks ago, before I killed 20% of my brain cells during DEFCON, so it's probably 80% correct. The names have been changed to protect the innocent. 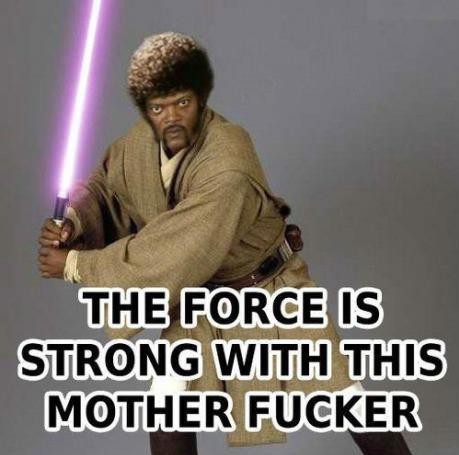 So, with everything settled, my order was on the way. I could have easily just DM'd Benchoff, taken a screenshot and emailed it over. But I'm not one to roll over that easily. 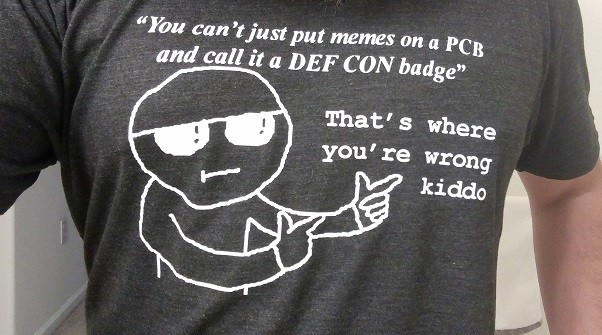 Yeah, check that out. Now THATS a shirt worthy of #badgelife. But i didn't stop there, you see where Brian failed, I succeeded.  I not only put this meme on a shirt, but improved on his lanyard hole technology to accommodate a whopping 393.70 mils!!!! Think big or go home. As you can see below, my newly patented badge~shirt~lanyard hole technology will revolutionize future CONs. 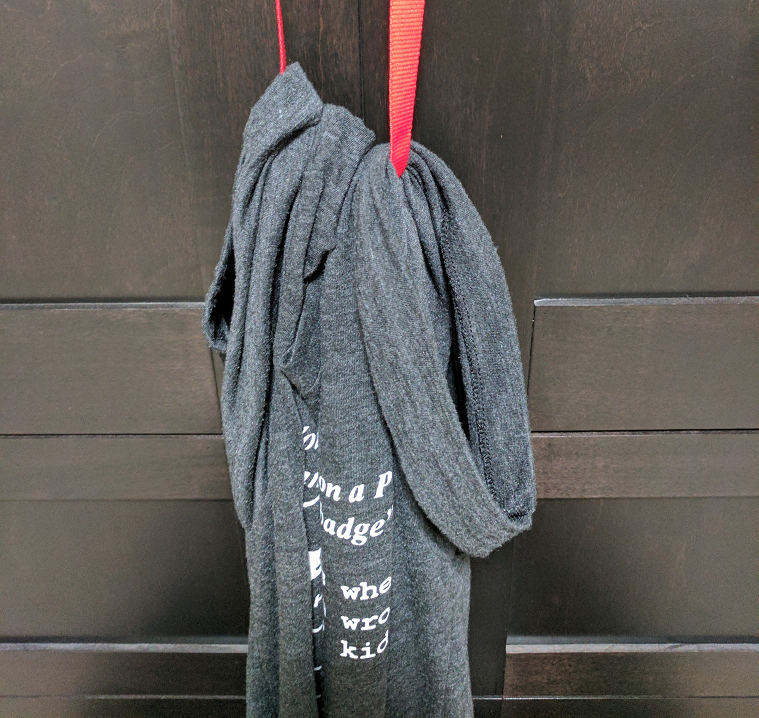 With that, comes a close to my journey. A journey in making a shirt online with memes used by someone who told people to make more of them. Remember, don't ever give up. If there's something you want, hard work will bring it within reach. I see what you did there w/ the bean chair..