The researcher in the facility showed me a tool which he said was capable of identifying the nutrient deficiency in various crop. It was the Konica Miltona SPAD-502 meter. 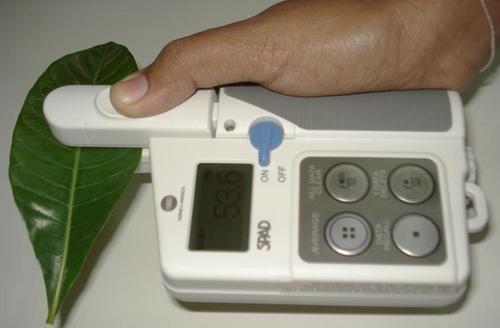