A basic idea of how data is collected and used. One of the critical points is that the data is analysed in conjunction with the data from the other tags in the herd. A single animal suddenly moving is not necessarily significant, but if a couple of animals do so at the same time, it can be reasonably assumed that there is some sort of disturbance. When there is a spike in heart rates as well, it would indicate a threat. 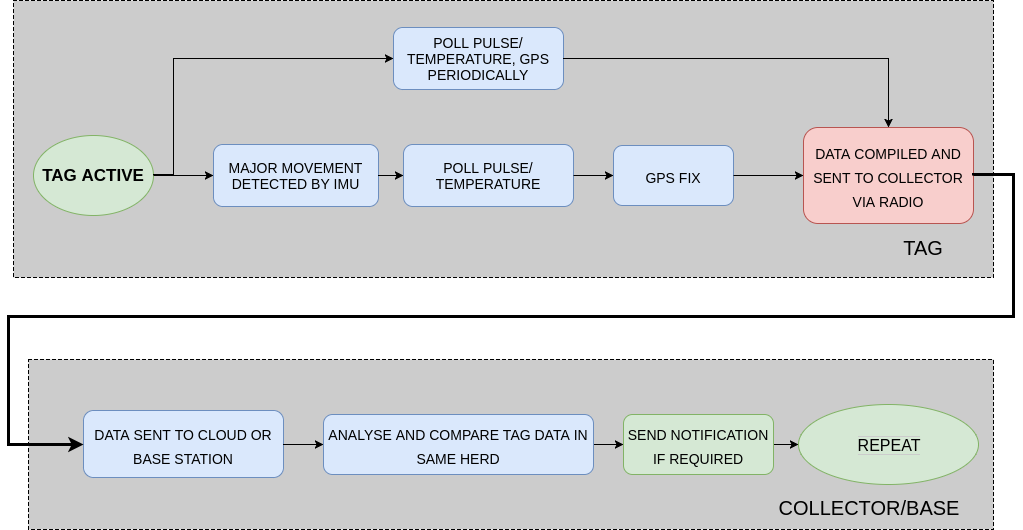 As previously mentioned, body temperature and pulse is are a good indication of the health of a animal. Analysing the data of the IMU can also be used to identify the following: