As a proof of concept, want to try to hack the X56 / X56W for tethered use with my own camera.
This foldable quadcopter is cheap, so it's the perfect candidate for modifications

I loved the Fotokite Phi project, but for some reason it is not available anymore...

So I decided to test the proof of concept of making my own, based on the cheap X56 frame (it can be ordered as low as 45€ shipped these days).

Event if I didn't want to use the onboard Wifi Camera (it's a poor 0.3Mpix), I ordered the X56W version since it can be remotely controlled by a smartphone.

The frame is exactly what I wanted, small enough to fit a backpack when folded 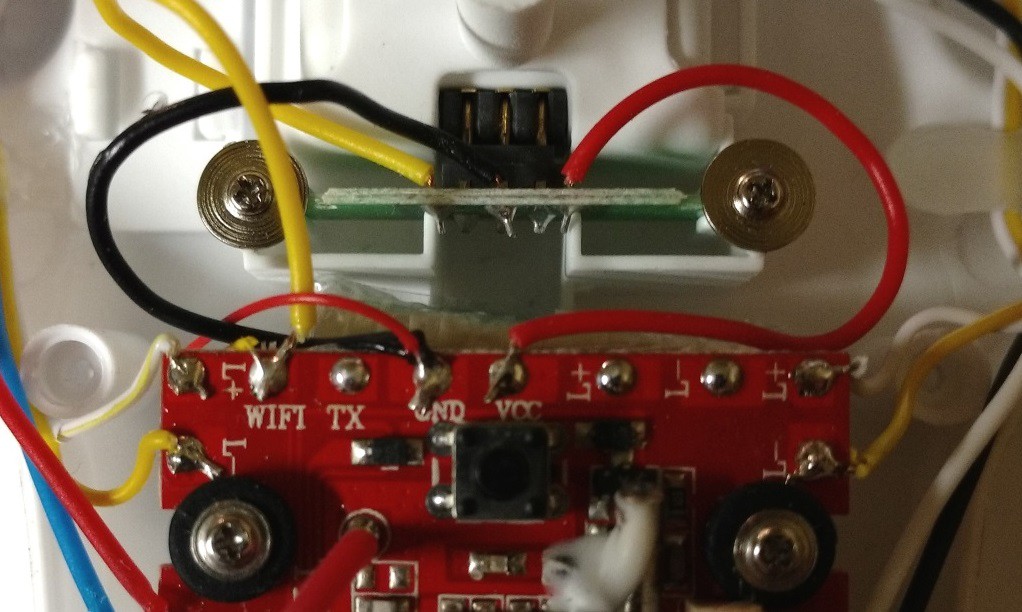 I guess that even on the X56 without 'W' the control board should have these solder pads.

Then I tried to investigate this 'WIFI' signal:

Now a bit of reverse engineering:

The bytes are in order:

Byte 10 is a checksum

It took me some time to understand how this checksum works (it's not easy to connect the logic analyzer with rotating motors...)

Finally the checksum is not so difficult to compute :

This serial link is an opportunity to investigate the possibility to control this guy using just a regular UART link instead of the more complex PPM / SBUS signals, saving cost keeping the original control board.

I'll try to connect an ESP8266 chip to drive the control board as the next step.

ATM I tried to bind it to my flysky fs-t6, but without a multi protocol unit it isn't possible I think. Anyone tried it?

I want to modify my syma without this barometer control that's quite bullshit... Perhaps I will add a new fly control to the drone

A simple control board used to convert a 12v trigger signal from a theater receiver to serial commands for a projector.
Project Owner Contributor