Wobble Wobble is a connected balance board which is a vehicle of transport through a virtual world. Status: proof of concept completed.

Hello! I am building a vehicle to travel around a virtual world on. This picture is of a proof of concept made with existing parts. The proof of concept was built using a wobble board (hemispherical exercise balance toy) and an Android phone.

By leaning forward on the wobble board, you are propelled forward into the 3D world. Leaning back moves you backwards and likewise for left and right. When wearing Oculus Rift goggles it very much feels like riding a Segway.

I am using the accelerometer in the phone to talk to Unity 3D, a game engine. This works great, but of course this is all existing hardware and I just wrote a little bit of software to make all the things talk. 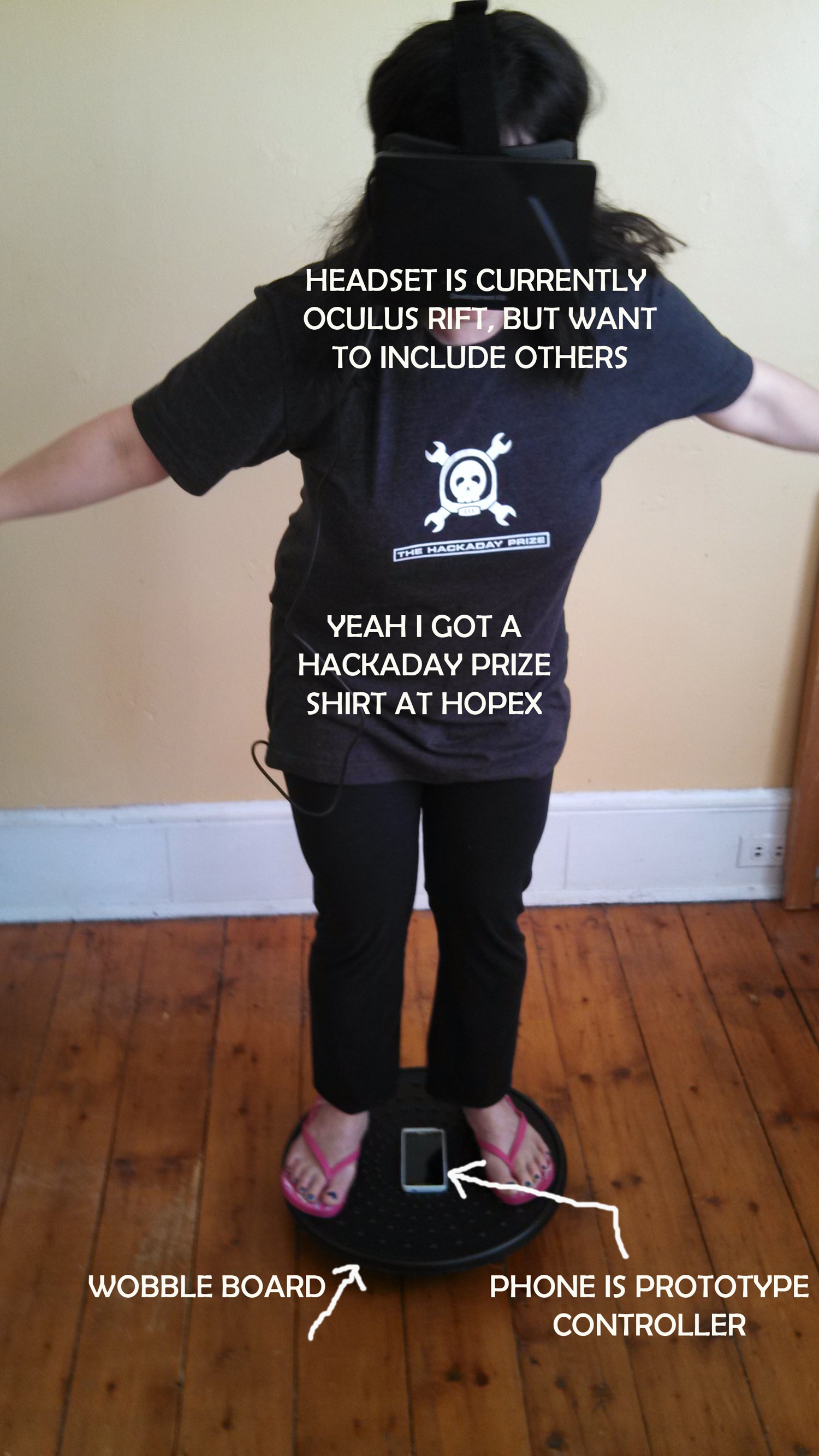 In the next version of this, I would like to remove the phone and use custom electronics to navigate around the virtual or augmented environment.  The cool thing about this is that you wouldn't have to wait for a Wii Fit or similar to be produced. The custom electronics could go into anything you want....for example on a log (yes, like from a tree), fake wings, arm weights for simulated resistance.

The virtual and augmented head trackers have SDKs which allow the developer to access the positional and rotaional data. In the case of the Oculus Rift, the documentation for the SDK is not very good, so it will take some effort to get at this data. I have not researched Google Cardboard SDK or CastAR yet, but would like to make Wobble Wobble so that it could work with those things too.

Once Wobble Wobble knows what direction to move in, it can use its local sensors to speed up or slow down depending on the user's motion. The concept is simple. Look for positional data from the headset, and speed data with a bit of positional from the Wobble Wobble. Then MOVE! 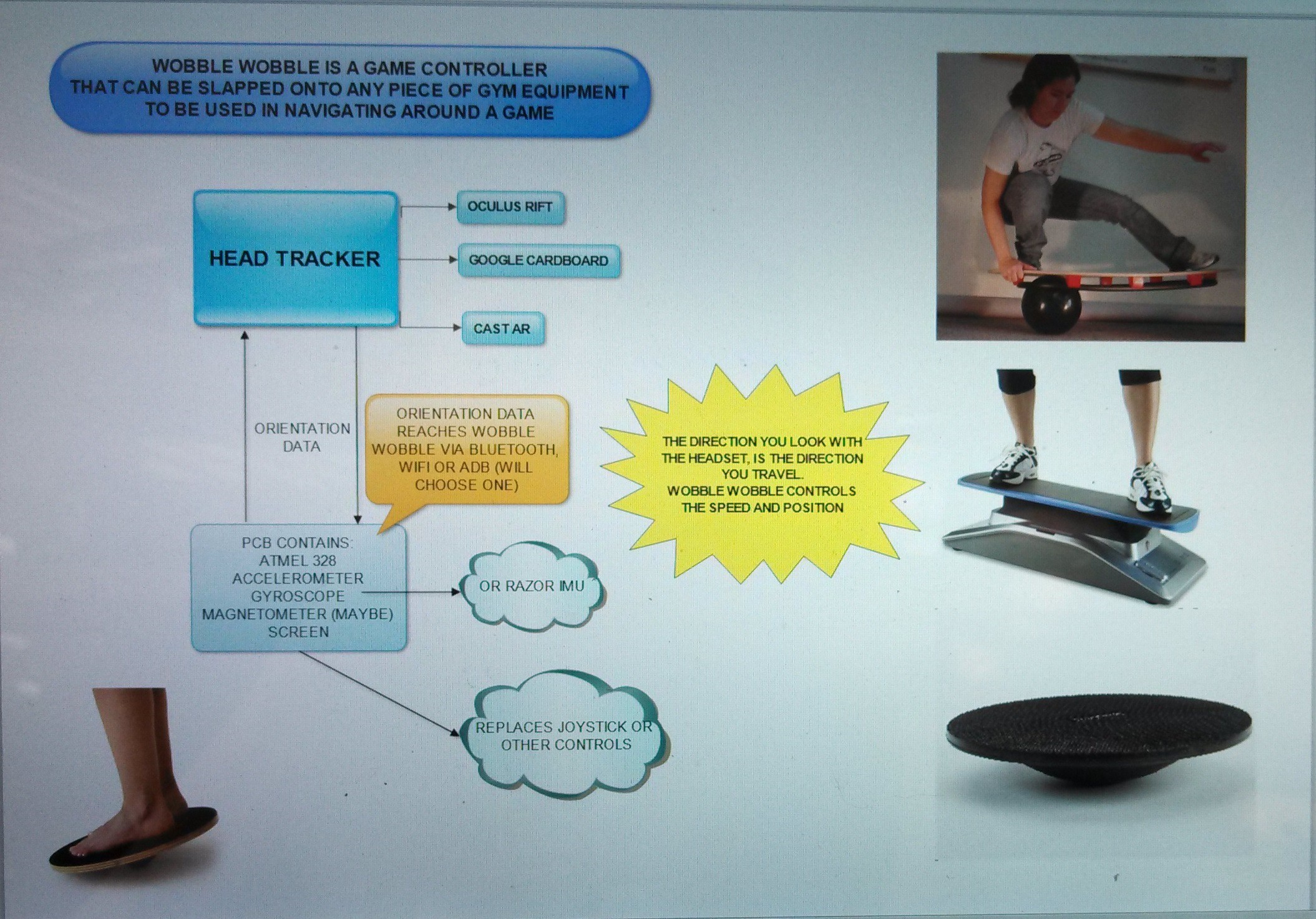 We should join forces...

A Side project where I try and build various scriptable retro game engines in the browser.
Project Owner Contributor